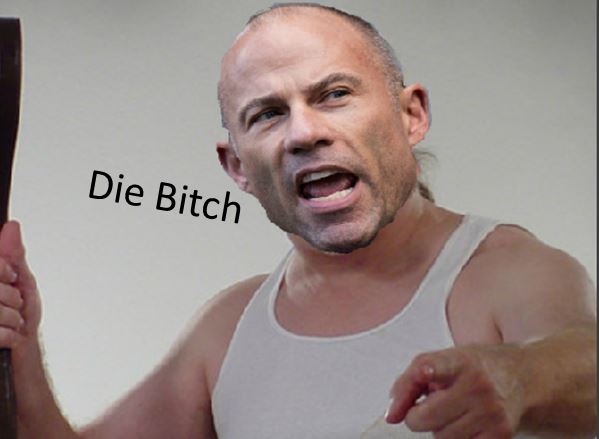 Law enforcement sources say Stormy Daniels’ sleazy attorney Michael Avenatti was arrested Wednesday after he beat down an woman.  Her face was ‘swollen and bruised.’ Our sources say the incident occurred Tuesday,  there was a confrontation  between the two at an exclusive apartment building in the Century City area of L.A.

The woman involved in the alleged physical altercation reportedly scrambled from the apartment where the incident occurred and was spotted on the sidewalk holding her hands over her eyes while shouting into her cell phone. “I can’t believe you did this to me,” she said, according to TMZ.

Five minutes later, TMZ continues, Avenatti arrived at the apartment complex and yelled repeatedly, “She hit me first,” then, “This is bullshit, this is fucking bullshit.” The alleged melee occurred after the woman attempted to pick up her belongings and called 911 after tempers ran hot.

Avenatti was ordered last month to pay $4.85 million to an attorney who worked at his former law firm, a California judge ruled. The Los Angeles judge ordered the payout the same day a separate ruling came down evicting Eagan Avenatti LLC from its office space in Southern California after four months of unpaid rent.

Jim Acosta CNN, “Michael Avenatti’s fist was attacked by an estranged woman’s face after he caught her stealing his silverware (crack pipe) and collection of
rare books (smut mags).”

In Case You Missed It:  Looking beyond the polls, there continue to be signs that Trump will win

This definitely makes Avenatti the democrat front-runner for president in 2020. Getting arrested is a good practice run for Avenatti. Now he’ll know what to expect when the FBI arrest him for fraud from the Kavanaugh hearings.

All he has to do is publicly molest a few farm animals to lock up the Democratic nomination.

Marc Elias has a history of turning Democrats who lost on election night into winners after recounts. The lawyer representing...