As the American left embraces a platform that continues to look more and more like a socialist’s dream, it is common for those on the right to counter with the example of Venezuela as the nightmare of socialism in reality. A common response from the left is that socialism (or democratic socialism) works just fine in Sweden, Norway, and Denmark. It is certainly true that Sweden, Norway, Finland, and Denmark are notable economic successes. What is false is that these countries are particularly socialist.

The myth of Nordic socialism is partially created by a confusion between socialism, meaning government exerting control or ownership of businesses, and the welfare state in the form of government-provided social safety net programs. However, the left’s embrace of socialism is not merely a case of redefining a word. Simply look at the long-running affinity of leftists with socialist dictators in Cuba, Nicaragua, and Venezuela for proof many on the left long for real socialism.

To the extent that the left wants to point to an example of successful socialism, not just generous welfare states, the Nordic countries are actually a poor case to cite. Regardless of the perception, in reality the Nordic countries practice mostly free market economics paired with high taxes exchanged for generous government entitlement programs.

First, it is worth noting that the Nordic counties were economic successes before they built their welfare states. Those productive economies, generating good incomes for their workers, allowed the governments to raise the tax revenue needed to pay for the social benefits. It was not the government benefits that created wealth, but wealth that allowed the luxury of such generous government programs.

Second, as evidence of the lack of government interference in business affairs, there is the fact that none of these countries have minimum wage laws. Unions are reasonably powerful in many industries and negotiate contracts, but the government does nothing to ensure any particular outcome from those negotiations. Workers are paid what they are worth, not based on government’s perception of what is fair.

We can also confirm these isolated facts by looking at a comprehensive measure of capitalism relative to socialism. The Fraser Institute, a Vancouver-based, pro-free market, think tank, compiles a worldwide ranking of countries called the economic freedom index. Its website explains that its ranking “is an effort to identify how closely the institutions and policies of a country correspond with a limited government ideal, where the government protects property rights and arranges for the provision of a limited set of “public goods” such as national defense and access to money of sound value, but little beyond these core functions.” Clearly, a socialist country should perform poorly in any ranking based on these principles.

What we find, however, is the Nordic countries rank quite high on this index of economic freedom. In fact, while Hong Kong and Singapore top the list and the U.S. ranks 12th, we can find the Nordic countries in quite respectable rankings. Denmark ranks 15, Finland 17, Norway 25, and Sweden 27. In terms of numerical scores, Sweden is only 5% lower than the U.S. For further comparison, South Korea and Japan, both considered fairly pro-free market, rank 32 and 39, respectively.

Socialism can take the form of government controlling or interfering with free markets, nationalizing industries, and subsidizing favored ones (green energy, anyone?). The Nordic countries don’t actually do much of those things. Yes, they offer government-paid healthcare, in some cases tuition-free university educations, and rather generous social safety nets, all financed with high taxes. However, it is possible to do these things without interfering in the private sector more than required. It is allowing businesses to be productive that produces the high corporate and personal incomes that support the tax collections making the government benefits feasible. The Nordic countries are smart enough not to kill the goose that lays the golden egg. 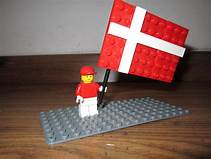 If the left insists on naming a system of generous government benefits combined with a free market democratic socialism, I cannot stop them. That seems unnecessarily confusing since the government is actually running no industries other than education (and meddling somewhat in healthcare). It certainly isn’t socialism. In fact, the only reason most such countries can afford those benefits is that their market economies are so productive they can cover the expense of the government’s generosity. Perhaps a better name for what the Nordic countries practice would be compassionate capitalism.

I am a professor of economics at The University of Georgia and consultant on economic issues to a variety of corporations and local governments. Taking a generally free market, libertarian perspective, I use economics as the lens to analyze government policies from the local…

Jeffrey Dorfman is a professor of economics at The University of Georgia. His last popular press book is an e-book, Ending the Era of the Free Lunch. You can follow him on Twitter @DorfmanJeffrey

Trump is right: California’s forests have been grossly mismanaged

BY JOE DENHAM President Trump was right about forest management. Why do I care? I have spent a great deal...