Who knew that a Hotel firm talking to Russian officials about building a hotel in Russia was illegal? 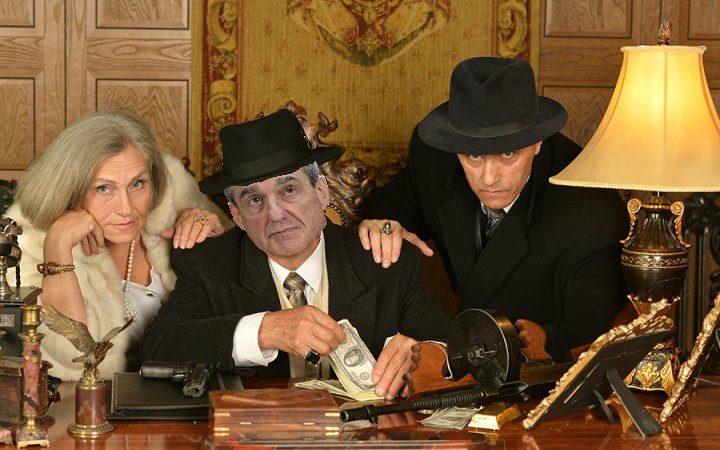 Special counsel Robert Mueller is investigating Ivanka and Donald Trump Jr.’s involvement in plans to construct a Trump real estate property in Moscow in 2013. We got nothing that indicates the Russians threw the 2016 election to Trump.

One unnamed source saying that Don Jr. and Ivanka separately pursued deals to build a Trump Tower in Moscow, both of which ended by 2013, “years earlier” than former Trump lawyer Michael Cohen’s efforts to bring a Trump property to the Russian capital. The deal never happened, but Muller is investigating it anyways out of desperation to find something, anything with Russia at this point, even if it a dead deal.

For one talking to officials about a deal is not illegal, even while running for president. It unclear why Muller is even bringing up these old dead deals that never happened.

Efforts to bring a Trump property to Russia were known to the two Trump children, with Don Jr. only possessing minor knowledge of the potential deal.

Michael Cohen Trump ex-attorney is the one whom brought this old Trump hotel to Muller, the trump team is perplexed why Cohen would lie about briefing them, because no one’s ever disputed that they knew he was looking at a Trump Hotel in Russia in 2013.

Cohen plead guilty in a federal court Thursday for making false statements to congressional investigators about the timeline regarding a deal to build a Trump property in Moscow. Cohen admitted he lied to the Senate Select Committee on Intelligence in 2017, claiming before lawmakers that the project was dropped by January 2016, now he says the date is a June 2016 date.

Before departing for the Group of 20 summit in Argentina, President Donald Trump criticized Cohen’s plea agreement and defended mulling plans to build the Moscow tower.

“When I’m running for president that doesn’t mean I’m not allowed to do business,” the president told reporters on the White House lawn, adding that Cohen was both a “weak person and not a very smart person.”

On Friday, President Trump fired off a pair of tweets criticizing reports that he may have engaged in wrongdoing by looking at business deals before securing the Republican presidential nomination.

Oh, I get it! I am a very good developer, happily living my life, when I see our Country going in the wrong direction (to put it mildly),” the president wrote. “Against all odds, I decide to run for President & continue to run my business-very legal & very cool, talked about it on the campaign trail.”

Lightly looked at doing a building somewhere in Russia,” he added. “Put up zero money, zero guarantees and didn’t do the project.

Mueller isn’t his own fourth branch of government, Americans should demand accountability. Muller was hired to investigate election collusion … has he found any or not?

One law enforcement professional said he has worked in law enforcement for 28 years, and have never seen anything like this. Mueller and his team of anti-Trumpers are clearly engaging in a witch hunt (rightly called), with the sole purpose of getting Trump, one way or another. His original mandate was to investigate alleged Russian collusion/influence over the election. It was a sham investigation to begin with, enacted simply to put the legitimacy of Trump’s victory in doubt.

To date Muller has nothing related to Russian collusion. All who plead guilty were related to BS that happened before they were associated with Trump campaign – or because they “lied” to Mueller (minor fibs not whoppers). No proof that Trump directly or indirectly conspired with Putin to help him derail Hillary during the campaign. NONE

If anything the Trump Tower meeting actually shows is that the Russians did not have access to the Trump Campaign at all.

The email trail on this is quite clear. The Russians scammed their way into a meeting posing as a “Russian Prosecutor” who claimed they had information on Hillary Clinton’s illegal dealings with Russia.

It all turned out to be a scam, but that’s a Cold Approach. So the Russians didn’t have access to either Manafort nor Flynn. The whole thing shows Mueller’s running another scam, and prosecuted them without cause.

All parties involved directly stated they cut off all contact at that point once they realized they’d been scammed.

What it shows is that the entire “Russia Collusion” scam … is just that… a falsification and scam. Likely based on that fraudulent “Russia Collusion” dossier paid for by the Clinton Campaign that magically and mystically ended up at the highest levels of the FBI and CIA.

In Case You Missed It:  More Than $100 Million In Unused Border Wall Panels Rusting Away In Texas (VIDEO)
Posted in Tyranny and tagged Election, FBI, Russia.

A New York Magazine article chronicles how some couples think their marriages are struggling because of the emotions surrounding politics...