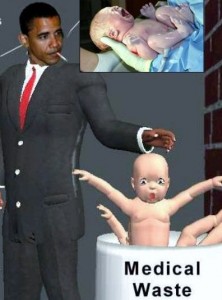 Eternal Word Television Network (EWTN) is a major Catholic media station that under in the Obama administration was forced with potentially devastating fines for not paying for contraception and abortion services under their health insurance plans. A lawsuit that started in 2012 has finally been vacated by the government, giving victory to the station and for religious rights according to a report:

The U.S. Court of Appeals for the 11th circuit issued an order Thursday vacating a 2014 District Court decision against the Eternal Word Television Network in its lawsuit against the so-called contraceptive mandate issued by the Department of Health and Human Services. The order follows a settlement between the network and the Department of Justice, reached Oct. 5.

Under the terms of the settlement, EWTN will not be required to provide contraception, sterilization, or abortifacients through its employee health care plan.

“Almost seven years and two presidential administrations later, the government and the courts have now realized what EWTN has been saying all along, that the HHS mandate was an unconstitutional attempt to coerce us into violating our strongly held beliefs. This is the right outcome for EWTN and for all those who value religious liberty in America.”

The network originally filed suit in February 2012 in response to the mandate, which was introduced by the Obama administration following the passage of the Affordable Care Act.

Under the provisions of the act, employer-provided health insurance plans are required to cover certain “preventative services.” These were defined by guidance issued by the Department of Health and Human Services to include all contraception methods approved by the Food and Drug Administration, including abortifacient birth control pills, IUDs, and sterilization procedures.

The specifics of the contraception mandate were not included in the original bill, but were announced in January 2012 by then-HHS Secretary Kathleen Sebelius.

EWTN’s initial suit was dismissed in March 2013 by the U.S. District Court in Birmingham, Alabama, following an initial effort by the Obama administration to amend the regulations.

When the administration’s revisions failed to address EWTN’s moral objections, a second suit was filed by the network in October 2013. In June 2014, the U.S. District Court of Mobile, Alabama ruled against the network, though an injunction was granted while the decision was appealed to the U.S. Court of Appeals for the 11th Circuit.

In February 2016, a panel of judges voted 2-1 against EWTN, but suspended that decision pending the outcome of the case Zubik v. Burwell, which also concerned the HHS mandate and was then pending before the U.S. Supreme Court.

Following the Supreme Court’s decision in Zubik, the Court of Appeals vacated its own negative order against EWTN on May 31, 2016. The court’s order asked for further briefing on the matter while the parties worked toward a settlement.

Attorneys for EWTN and the Department of Justice negotiated terms of a settlement under which the government agreed not to enforce the contraceptive mandate against the network, and that EWTN would ask the 11th Circuit Court of Appeals to vacate the District Court’s decision. The 11th Circuit granted that request on Nov. 29.

“I am confident this agreement will protect EWTN from such regulations, both now and in the future,” Warsaw told CNA.

EWTN Global Catholic Network, in its 38th year, is the largest religious media network in the world. EWTN’s 11 TV channels are broadcast in multiple languages 24 hours a day, seven days a week to over 300 million television households in more than 145 countries and territories. EWTN platforms also include radio services transmitted through SIRIUS/XM, iHeart Radio, and over 500 domestic and international AM & FM radio affiliates; a worldwide shortwave radio service; the largest Catholic website in the U.S.; electronic and print news services, including Catholic News Agency, “The National Catholic Register” newspaper, and several global news wire services; as well as EWTN Publishing, its book publishing division.

In a statement released by the network, Warsaw also praised the Becket Fund for Religious Liberty, saying “I am grateful to our team of attorneys from Becket who have represented us from the beginning. They have been a tremendous partner in this fight for religious liberty.”

Becket Senior Counsel Lori Windham stated “EWTN has fought long and hard to ensure that its basic freedoms would be protected, and this victory ensures that EWTN can continue to serve as a voice for religious liberty for many years to come.”

On Nov. 7, the Trump administration released two updated rules concerning conscience protections for organizations and individuals in relation to the HHS contraception mandate.

Under the new rules, organizations and individuals objecting to the controversial mandate’s provisions on either religious or moral grounds will be exempt. (source, source)

In Case You Missed It:  Most covid deaths now occurring in "fully vaccinated" people
Posted in Freedoms and tagged murder, Obama, Religion.