At some point, in the near future, the United States of America must shut down its borders to further foreign immigration. This country, and its citizens, cannot maintain responsibility for the rest of the world’s failed countries or their citizens. America does not need or want the best and/or the brightest citizens from other countries. America cannot sustain itself with the countless millions of refugees around the world. America cannot continue as the charity ward of the world.

“President Trump was right to order troops to our border with Mexico to reinforce our overworked law enforcement officials and protect our sovereignty. No amount of leftist protestations should distract us from the fact that the primary purpose of our military is to provide security to America. And that’s exactly what the men and women in our military are doing.” — Retired Army Brig. Gen. Anthony J. Tata

As a mature nation of 330,000,000 (million) citizens, we face sobering challenges as to our viability via water, energy and resources. We face accelerating sociological chaos with our smoldering multicultural civilization. We gallop headlong toward environmental and quality of life issues that threaten to rupture and debilitate our society.

CHO journalist Kelleigh Nelson wrote, “Males aged 18 to 40 are 90% of these Honduran hordes claiming asylum from violence in Honduras that doesn’t exist. The MSM however shows only scripted pictures of women and children which has been proven false by both Judicial Watch and Ami Horowitz. This so-called caravan is a highly organized and created attack on our border and promoters uprooted these people simply to push a particular political agenda.”

Today, the U.S. Border Patrol estimates that 1,500 illegal alien migrants jump our borders every single night of the year. Their numbers equate to 500,000 annually. Totals exceed 22 to 25 million according to the recent Yale University report on illegal immigration into the United States.
Judicial Watch interviewed Ami Horowitz. This 18-minute interview explains the planned invasion. The goal is to degrade U.S. security, and neuter U.S. sovereignty.

Our country absorbed over 100 million legal immigrants since the disastrous 1965 Immigration Reform Act by the late Senator Teddy Kennedy. It guaranteed that the European-Americans that created the U.S. Constitution and the most successful society on Earth would be a minority inside their own country within 80 years of its passage. A recent La Rasa leader said, “Whites will not be a factor in America after 2040.” He’s correct. Whites will be the 49 percent minority after being 90 percent majority in 1965.

Nelson said, “The ripples in America started in 1960 and we didn’t recognize them then as setting up Americans for white guilt, class tension and open border immigration for people who will “do jobs Americans won’t do.” Now those ripples are a tsunami.”

President Ronald Reagan furthered the flood of immigration with his 1986 Immigration Amnesty. That document authorized and encouraged tens of millions more from Mexico, Central America, South America, India and China.

The 1965 Immigration Act allowed “chain migration” for extended family members. That gave us millions of Indians who have commanded every motel chain in America with borrowed tax dollars from Americans. As miserable as India proves itself, its citizens can’t wait to migrate to America.

Fox News reported that over a third of migrants are being treated for health-related issues. Sixty percent of them suffer respiratory infections. There are three cases of tuberculosis, four cases of HIV/AIDS, 101 cases of lice and skin infections, and four cases of chicken pox…and serious cases of hepatitis because of the unsanitary conditions in which they’re living. Migrants could start a Typhus epidemic and bring in life threatening Chagas disease which is epidemic in Latin America. Over 14 million South Americans suffer from Chagas disease and 50,000 die annually. It’s a parasite similar to malaria and Lyme’s disease, plus it’s incurable.

Anybody want more of these diseases flying into our country in the bodies of those immigrants? How many more do you want? The world’s got plenty of diseased people to add to our population.

The Department of Homeland Security reports there are more than 600 embedded convicted criminals and MS-13 gang members within these hordes. Drug cartels, human traffickers, and common criminals want access to Americans. MS-13 needs more members to distribute its $120 billion in drugs being brought across the southern border annually.

Nelson reported, “America’s civilian terror toll within the borders of the United States increases at a rate of more than 12 dead Americans a day. Illegal aliens have murdered more people in the USA than were killed on 9/11 plus all our war dead so far in Afghanistan and Iraq combined. Illegals have murdered more than 75,468 people inside the USA since 9/11, that’s almost 4,200 per year, and this is a low estimate.”

“Fox News reports that Border Patrol agents are averaging 641 arrests every day, which works out to 19,230 in a month, or 7,018,950 per year. One has to wonder how many make it into the country who are never caught,” reported Nelson.

If you faced this kind of invasion from the neighbors in your city, would you keep your door open to your house? Would you welcome a never-ending line of people to live in your house? Why? Why would you save them to destroy your own family?

It’s time to shut down all immigration into the United States. We cannot sustain the numbers. We cannot endure the sociological fragmenting of our society. We cannot save the world, but we can destroy, and in fact, are in the process of destroying America with all forms of immigration.
##

Frosty Wooldridge, math-science teacher, Golden, Colorado, has bicycled across six continents in the past 40 years to see world conditions and countries up close and personal. He speaks at civic groups, political clubs and colleges around the United States on immigration-population-quality of life issues facing America. He may be reached at www.HowToLiveALifeOfAdventure.com 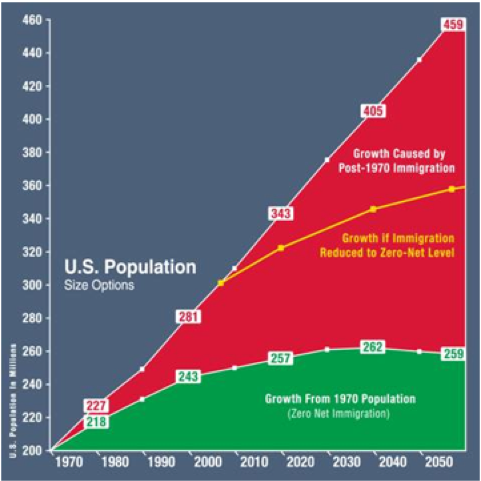 (Permission to republish this population graph by Roy Beck,  www.NumbersUSA.org  )

In a five minute, astoundingly simple yet brilliant video, “Immigration, Poverty, and Gum Balls”, Roy Beck, director of www.numbersusa.ORG, graphically illustrates the impact of overpopulation. Take five minutes to see for yourself:

“Immigration by the numbers—off the chart” by Roy Beck
This 10-minute demonstration shows Americans the results of unending mass immigration on the quality of life and sustainability for future generations: in a few words, “Mind boggling!” www.NumbersUSA.org 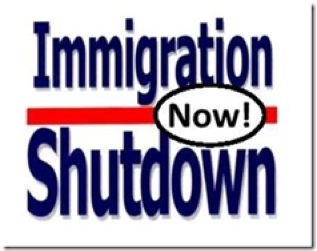 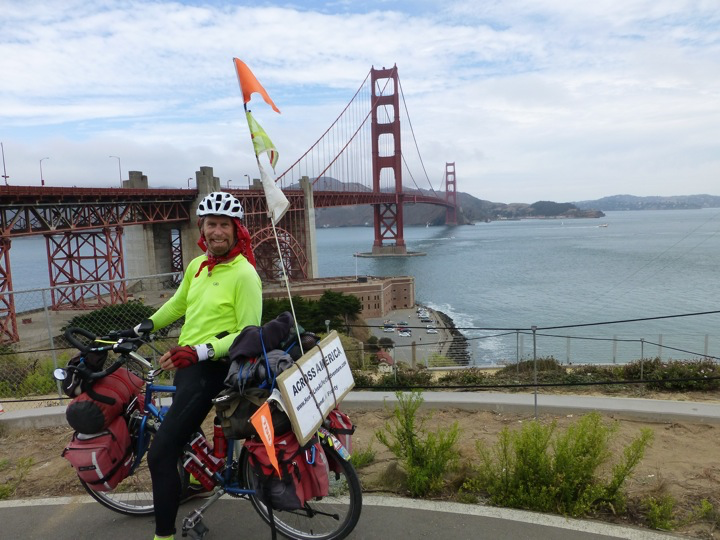 In Case You Missed It:  TV Series Based On Michelle Obama Gets Cancelled After Just One Season
Posted in Tyranny and tagged Border, Crime, Illegal Immigration, United Socialist States of America.

Did you know George and Barbara Bush attended the Houston rodeo? Houston native Ginny Montalbano talks to her dad, who...