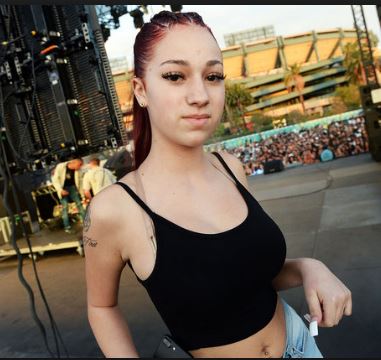 Women fleeing socialist Venezuela have taken to capitalism in order to survive; selling sex, hair and breastmilk as they make the perilous journey into neighboring Colombia in search of a better life.

As Fox News‘ Hollie McKay reports, the Colombian border city of Cucuta is virtual chaos – as “Rail-thin women cradle their tiny babies, and beg along the trash-strewn gutters. Teens hawk everything from cigarettes to sweets and water for small change.”

The young, the old and the disabled cluster around the lone Western Union office – recently established to deal with the Venezuelan influx – in the hopes of receiving or sending a few dollars to send home. Without passports or work permits, the Venezuelans – many with university degrees or decent jobs in what was once the wealthiest nation in Latin America – are now resorting to whatever it takes to survive. –Fox News

Men buying hair approach groups of women with their young children, offering them enough to feed their families for a short while. Local wigmakers in Colombia will pay between $10 – $30, depending on length and quality.

Other Venezuelan women – including girls as young as 14, resort to sex work on the streets of Cucuta – earning around seven dollars per john.

Both men and women are exposed to sex trafficking along the route from Venezuela to Colombia. According to several walkers, some women “chose” prostitution as a means to make money and earn rides along the way. And some heterosexual men “sell themselves on the gay market” for a little money.

Other women are manipulated or forced into giving “pimp types” their documents and identification cards, and are subsequently drawn into prostitution rings. That’s particularly the case in border areas, where many rebel and drug-trafficking groups operate. –Fox News

Back home in Venezuela, the situation is dire – as the socialist country suffers from starvation, disease, a lack of healthcare and extreme violence. Children have been dying from hepatitis and malaria.

“There is a human catastrophe in Venezuela. There is a resurgence of illnesses that were eradicated decades ago. Hundreds have died from measles and diphtheria. Last year, more than 400,000 Venezuelans presented malaria symptoms. Up to now, there are over 10,000 sick people from tuberculosis,” said Caracas mayor and former political prisoner Antonio Ledezma, adding: “People have been doomed to death. More than 55,000 cancer patients don’t have access to chemotherapy. Every three hours a woman dies due to breast cancer.”

Caterine Martinez, an attorney, and director of the Prepara Familias (Ready Families) organization in Venezuela – which endeavors to support hospitalized children and their families and caregivers – concurred that the public health care issue in the country is nothing short of “severe.”

“Currently there are no broad-spectrum antibiotics, not even basic antibiotics to treat basic pathogens from children and present chronic illnesses,” she said. “We don’t have x-rays working, they haven’t for a long time. We don’t have a CAT scanner or an MRI scanner. Many other vital medical instruments don’t work. The municipal blood banks don’t have reagents, therefore we have kids who are getting blood transfusions and are getting infected with hepatitis C and could even be injected with HIV.” –Fox News

Suicide rates have also skyrocketed according to Fox – even among children. A Venezuelan children’s rights group, CECODAP, has estimated an 18% rise in teens killing themselves over the last year.

Martinez estimates that over 55 percent of healthcare professionals – including doctors and nurses, have left Venezuela, while resident doctors who have remained make a scant $24 per month. Specialists can make $30.

“We also have a severe problem with nutrition. There is no supply of baby formula, nor nutritional supplements. Therefore, we have a lot of malnourished children and the situation is then even more complicated,” said Martinez.

Julio Castro Mendez, a doctor who specializes in infectious diseases and is a Professor at the Medical Institute at the Central University of Venezuela, underscored that 65 percent of the country’s 70,000 patients with HIV have not received treatment in the past six months. Coupled with astringent malnutrition, some of his adult male patients have dwindled down to 77 pounds, he said.

“Maternal and infant mortality has also increased significantly in recent years, by more than 65 percent,” he added. “More than half of the deliveries in Cucuta are Venezuelan women who cross the border to that babies in environments that are more secure and better-equipped,” Mendez explained. –Fox News

Meanwhile, as Venezuelans suffer through survival conditions there is virtually no family planning – while Fox reporting some birth control pills are simply duds with no effect. As such, hospitals in neighboring countries – especially Colombia – have seen an influx of Venezuelan women who have crossed the border to give birth.

“The level of women crossing the border to give birth has dramatically increased,” said Miguel Barreto, Regional Director for Latin America for the UN’s World Food Program WFP). “The forecast is for this only to get worse in 2019, so we plan to increase our response.”

Others in Venezuela are dying of starvation – with some women trying to support others by selling or donating their breast milk as a way to help or support their own families.

“70 percent of people are facing steep food insecurity and acute malnutrition,” said Barreto. This has led to crime in some instances – with children even sabotaging vehicles carrying food in order to hold up drivers.

Not only do Venezuelan residents troll through trash cans looking for scraps, but many – including children – hide along roadsides and wait for a moment to strike, where they toss rocks at passing vehicles, or blow out tires with metal strip. Then they either steal or hold up the vehicle in the hopes of bargaining for food. Or they might loot a passing food government truck – making the job even more dangerous for the drivers.

The food trucks carry Venezuelan President Nicolas Maduro’s trademark boxes of subsidized food, known as CLAP. They were intended to feed a family of four for at least a week. But if and when the boxes come at all, Venezuelans claim, they are often spoiled.  –Fox News

Making life worse for Venezuelans is the rampant crime and violence permeating the country.

“It is complete anarchy. There are tens of thousands of these gangs – Cuban and Venezuelan – who operate in every state,” said a former Caracas security guard who was shot in the stomach by government-backed street gangs known as the “collectivos.”

“I have only managed to survive this long thanks to Jesus and the Holy Spirit.”

In Case You Missed It:  WHO Director walks back his statement that some countries are using COVID-19 vaccine boosters to “kill children”
Posted in Freedoms and tagged Socialism, Venezuela.

George Opudo used to drive for Uber. Picking up and dropping off customers at Union Station in Washington, just steps...