Because the United States of America has failed to secure its southern border, we’ve created a power vacuum. 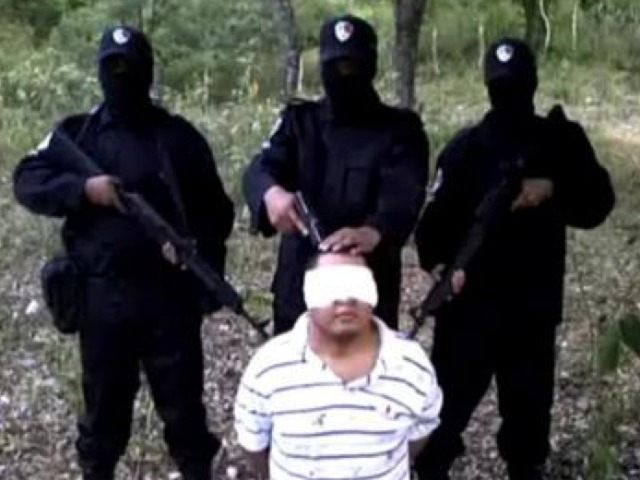 When President Obama prematurely withdrew U.S. troops from Iraq, he created a power vacuum. This power vacuum was filled by ISIS — and it directly led to a rise in global terrorism, multinational war, human rights abuses, and millions upon millions of migrants flooding into Europe. You see, it’s not just a fundamental law of science, but of geopolitics: If you leave a vacuum, someone — or something — will fill it.

Because the United States of America has failed to secure its southern border, we’ve created a power vacuum. And now, this power vacuum has been filled by the violent Mexican drug cartels who torture, maim, and murder Americans and migrants alike.

Make no mistake: The Mexican drug cartels are in complete control of our southern border. They are setting our immigration policy, deciding who enters — and who is turned away. And when the cartels order an immigrant to smuggle drugs — or child slaves — across our border, the immigrant has two choices: Comply … or be killed.

This is why we so desperately need a wall at key parts of our southern border.

I spent six months working on the border as a federal special prosecutor. This was part of an Army deployment where I was assigned to the Department of Justice which was being overwhelmed by illegal immigration cases and cartel activities. Whether the cartels were smuggling people or drugs, I was shocked and horrified by their brutality and viciousness. On both sides of the border, they control countless people and are responsible for the inflow of deadly drugs (especially heroin, meth, fentanyl, and cocaine) and illegal aliens into our country.

I spent time on the Rio Grande on a patrol boat with Border Patrol. All across the Mexican side, armed cartel members operate out in the open. They are doing what we are not, which is securing the border and making sure no one crosses who isn’t supposed to.

For them, illegal immigration is a business, and they charge about $6,000-8,000 to smuggle a person into America through their territory. 99.9% of all illegal aliens entering the country in our sector did it going through the cartels, paying their “fees.” The reason why illegal aliens pay the cartels smuggling fees instead of sneaking across by themselves is because if those cartel members I saw on the river found an alien crossing illegally without paying, they would murder him. They won’t hesitate to kill anyone who might interfere with their business.

Remember the migrant caravan which dominated headlines before the November 2018 election? It was originally headed to where I was in Laredo, but rerouted after the Laredo cartels murdered 3 Hondurans from the caravan, a warning sign for them to stay away.

In broad daylight and in full view of Border Patrol, they have been seen disposing of the bodies of their murder victims in the Rio Grande. When we went past them in our Border Patrol boats, they just smiled and waved at us, knowing we couldn’t do anything about them.

The cartels kept precise track of Border Patrol movements and maintained an elaborate intelligence network, all so that they knew when they could smuggle their drugs or people across into the US. When they did move migrants across, they weren’t gentle. Many of the women I encountered reported that they had been sexually assaulted and raped by the cartel members they had paid to smuggle them into the US. When a man or woman being smuggled into the U.S. couldn’t keep up with the group, he or she would be left to die in the desert, or would even be outright murdered.

Because we hadn’t secured our border, it was easy for the cartels to move their drugs and people into the U.S., and every year make billions of dollars in their illicit trade. If Democrats and Republicans alike were serious about protecting aliens and asylum seekers from being preyed upon and exploited by the cartels rather than treating them as political props, they would be demanding a wall be built.

In particular, they target, exploit, and prey upon the most vulnerable U.S. citizens, which includes those in poverty or hooked on drugs. They would actively seek out Americans hooked on drugs and promise them more drugs or cash to buy drugs from them if they would help them transport aliens or drugs inside the U.S. Other times, they would simply hold a gun to their head and threaten them or their families. More than once, the cartels would seek out Americans they knew were suffering financial hardship, such as being behind on a mortgage and at risk of becoming homeless. They would offer them a pittance, about $2,000, to risk eight years in prison by driving drugs across the border. Their moral depravity in exploiting Americans this way was sickening.

Unfortunately, we lacked the resources to stop them.

None of this would be possible if we were controlling our border instead of the cartels. With their armed enforcers along the border, they are the ones controlling the inflow of drugs and aliens into our country. With their networks inside the U.S., they are hurting and exploiting the most vulnerable Americans. I personally saw how they tortured, murdered, exploited, and abused people, and how we have done nothing to stop them. We need to shut them down, and we can start by building a wall (where it makes sense) and taking back our border.

Matt C. Pinsker (JD, LLM) is a national security expert and homeland security professor at Virginia Commonwealth University. He has served as a federal special prosecutor (SAUSA) on the border and prosecuted thousands of cases involving illegal immigration and cartel activity, coauthored a textbook in national security, and is an officer in the US Army Reserves. He can be found at @MattPinsker.

Under a new law that just took effect in New York, a child may be aborted up to the due date...