The Trump administration created an office within the Immigration agency that grants US citizenship to root out fraudsters and have their citizenship taken away for fraud. 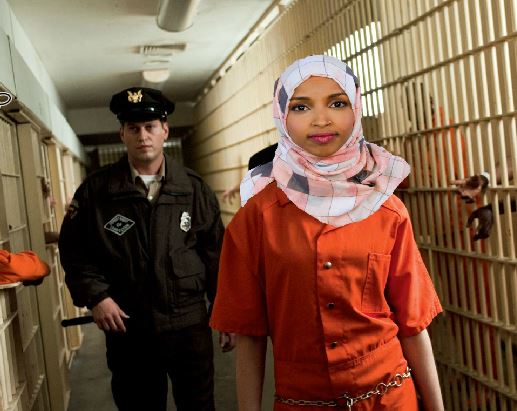 According to US Citizenship and Immigration Services, the effort involves a new office that will review cases and then refer them to the Justice Department, which is able to pursue denaturalization proceedings against citizens.
Just days after being sworn into office on the hate book qu’ran, the hijab-wearing Somali Muslim terrorist sympathizer Congresswoman Ilhan Omar (D-MN) wasted no time slandering Jews, while publicly advocating for the total defunding of the Department of Homeland Security and ICE (Immigration & Customs Enforcement), probably in hopes terrorist will infiltrate us.
Lurking in her background are fraud charges that she committed immigration fraud by marrying her brother so he could get a green card.
In 2016, a writer on SomaliSpot.com published verified photos and Minnesota state records exposing that Rep. Omar is a serial felon and fraudster. Since then, the additional evidence discovered to back these claims, and the absence of contradictory evidence , are almost as remarkable as Minnesota media’s refusal to lift a finger investigating her for two years.

Immediately after being elected to her current seat in 2016, Omar faced allegations,  now backed by a remarkable amount of evidence ,that she had married her own brother in 2009. (They officially divorced in December 2017.) 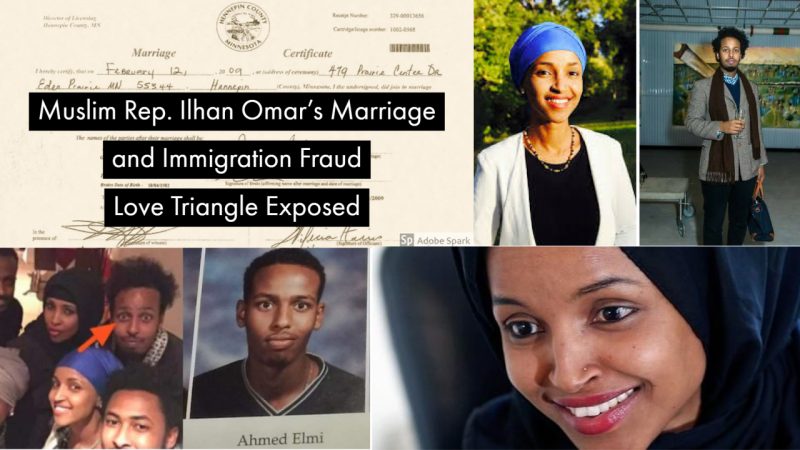 Omar said she had married “British citizen” Ahmed Nur Said Elmi in 2009, she said that the allegation that he is her brother is “absurd and offensive.”

The enrollment record states that “Ahmed N. Elmi” was born on April 4, 1985 — the same date of birth for Omar’s husband, Ahmed Nur Said Elmi, in both Omar’s 2009 marriage documents and her 2017 divorce proceedings.

Steinberg conducted an extensive background search, but did not find any other person named “Ahmed Nur Said Elmi,” “Ahmed N. Elmi,” or “Ahmed Elmi” with the birthdate April 4, 1985. Omar’s husband and the boy who attended Arlington Senior High School in St. Paul, MN are one and the same. 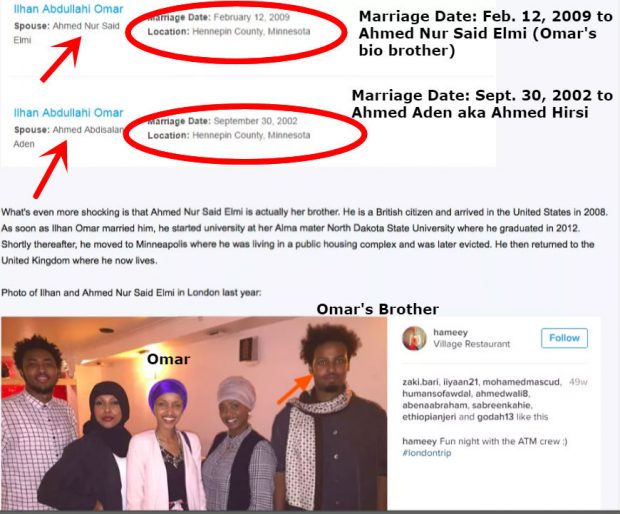 Steinberg contacted several members of the Class of 2003, and was told that Ahmed Elmi “was living with his father” while attending Arlington Senior High School. Elmi’s father was the same man Ilhan Omar has always publicly referred to as her own father: Nur Said Elmi Mohamed.

Steinberg emailed Rep. Ilhan Omar, the MN Democratic Party (DFL) chairman, and the MN DFL CD-5 chairman, asking for their comment. No one responded of course, but Omar intimated in a tweet that “the Republican/right-wing propaganda machines” are behind the allegations she had committed incest by marrying her brother.

The motivation for the marriage [to her brother] remains unclear. However, the totality of the evidence points to  immigration fraud and student loan fraud. As this implicates Rep. Omar in multiple state and federal felonies, I have contacted the U.S. Attorney’s Office in Minnesota to submit all other information uncovered during our investigation.

Back in August 2016, Scott Johnson of Powerline revealed that when Ilhan Omar married her brother Ahmed Nur Said Elmi in 2009, she was still married to Ahmed Hirsi, whom she’d married in 2002 and with whom she had three children. Johnson wrote: “Inputting the name Ilhan Omar, I have confirmed both marriages as noted in the Somalispot post via the online Minnesota Official Marriage System….”

Ironically Ilhan Omar said she would Vote to impeach “Tyrant” Trump, in the end it is herself that will end up impeached. The lower house of legislature must now brings charges against her for these crimes, to start the impeachment process.

Vice President Mike Pence on Friday told a gathering of state governors that the Trump administration is working with Congress...