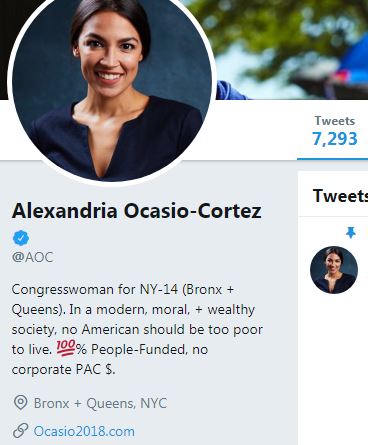 FEC complaint filed charges against Congresswoman Alexandria Ocasio-Cortez, her Chief of Staff, and others with using two PACs and LLCs to hide hundreds of thousands in campaign dollars. Ocasio-Cortez has claimed to not take any PAC funds, but evidence is showing otherwise.

A Federal Election Commission (FEC) complaint the National Legal and Policy Center (NLPC) filed Monday accused Cortez chief of staff Saikat Chakrabarti of using two PACs (Political Action Committees) he founded to funnel around $1 million to two of his private companies, according to the Washington Examiner. The companies may have been used to hide what funds were spent on.

So much for Ocasio-Cortez’s promise to reduce “dark money” in politics!

Brand New Congress was founded in 2016 and Justice Democrats was founded in 2017 with the end goal of getting ultra progressive candidates elected to Congress — ultimately these two PACs helped radical Communist Ocasio-Cortez win a Congressional seat last November.

Chakrabarti AND Alexandria Ocasio-Cortez are in SERIOUS TROUBLE!

Reported on the Daily Caller Foundation AOC and her Chief of Staff may face serious JAIL TIME!

Ocasio-Cortez never disclosed to the FEC that she and Chakrabarti, who served as her campaign chair, controlled the PAC while it was simultaneously supporting her primary campaign, and former FEC commissioners say the arrangement could lead to multiple campaign finance violations. The group backed 12 Democrats during the 2018 midterms, but Ocasio-Cortez was the only one of those to win her 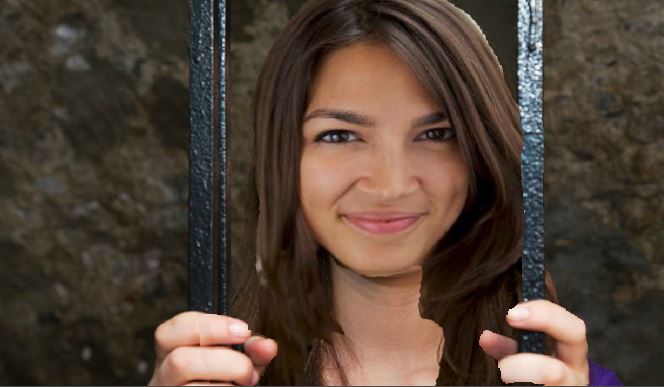 “If the facts as alleged are true, and a candidate had control over a PAC that was working to get that candidate elected, then that candidate is potentially in very big trouble and may have engaged in multiple violations of federal campaign finance law, including receiving excessive contributions,” former Republican FEC commissioner Hans von Spakovsky told The Daily Caller News Foundation.

And fellow former FEC commissioner Brad Smith told TheDCNF that if “a complaint were filed, I would think it would trigger a serious investigation.” He also noted that such a probe could potentially result in jail time for Ocasio-Cortez and her chief of staff, Chakrabarti.

The normally combative Rep Alexandria Ocasio-Cortez is usually playing offense on Twitter, mixing it up with people who try to attack her. She’s not familiar with shyness or timidity.

She has all but disappeared since the charges surfaced.

Laughably, the tweet she put up just before news of the scandal broke was a clip of herself talking about why she so bravely confronts accusations on Twitter: but yet nothing after the charges, all her social media account have stopped.

Why does @AOC respond to personal attacks on social media? She tells @errollouis that she wanted to "break this fourth wall a little bit" after seeing conspiracy theories that were ignored by politicians start to grow legs. #NY1Politics https://t.co/LpkXwpZ59o pic.twitter.com/q34ynnKXVO

In the past Ocasio-Cortez said she supports financial investigations, now it looks like her and Chief of Staff are going to need a good lawyer.

She raised $4 million in campaign funds among her 2 or 3 PACS, then formed a new PAC (for all the lobbying money) after she was sworn in and bought a condo at a very ritzy DC address and spent a fortune on clothes. Now her mother has enough money to move to Florida away from high taxes.

“These are not minor or technical violations. We are talking about real money here. In all my years of studying FEC reports, I’ve never seen a more ambitious operation to circumvent reporting requirements,” said Tom Anderson, director of NLPC’s Government Integrity Project. “Representative Ocasio-Cortez has been quite vocal in condemning so-called dark money, but her own campaign went to great lengths to avoid the sunlight of disclosure.”

Funds traveling through Brand New Congress LLC were spent on ten or more candidates, according to NLPC, which stated the LLC was “apparently operated by Chakrabarti.”

NPLC said in a post to its website, “The final disposition of the funds is unknown because whatever expenditures were made were never reported to the FEC.

In Case You Missed It:  More on the Biden Train Wreck in Europe – Claims Russia Was in Libya not Syria Multiple Times
Posted in Tyranny.

After two years of Mueller investigation, started with illegal surveillance and questionable FISA warrants, found those people around Trump breaking...