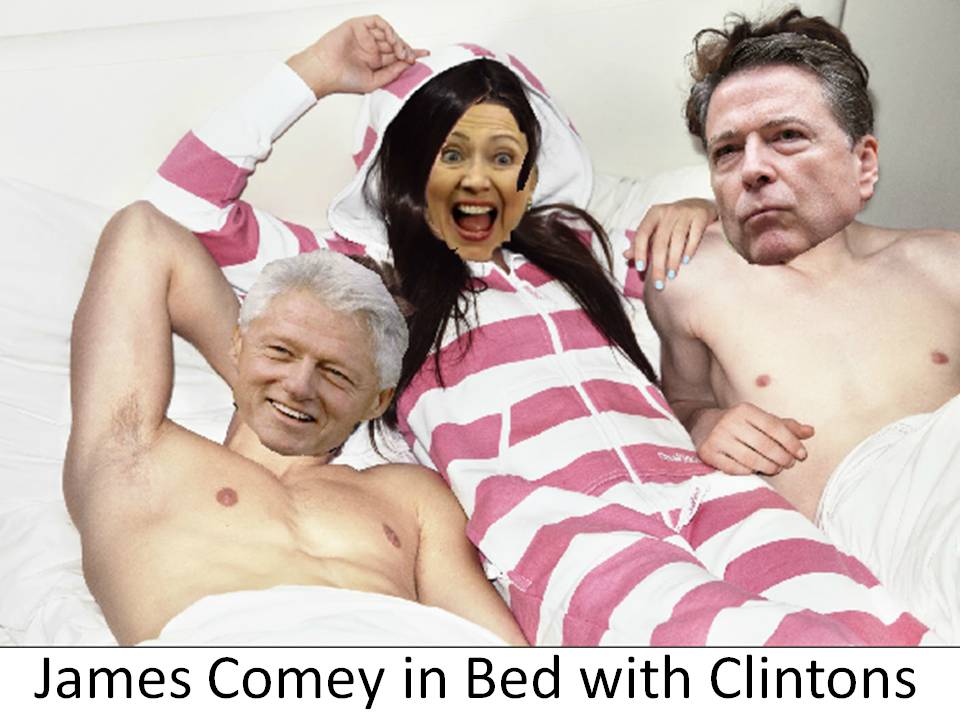 Bill Barr just put Barack Obama on notice. Barr revealed for the first time today during Congressional testimony about his investigation into the origins of the deep state hit job on Trump.

Look, we know James Comey is a dirty cop or worse, a horrible cop corrupted by his own ego. We know all about the shenanigans from Lisa Page and Peter Strzok.

We know about the Steele debacle and we know that Adam Schiff and other Democrats selectively leaked Congressional testimony from team Trump to the media to make it seem like there was collusion.

Oh, they knew the whole time the charges were dubious because they had all the information, but they only leaked the bad parts.

What we don’t know if it was all one big coordinated smear campaign, or if they just got lucky and bumbled into conspiring to take down Trump.

And we don’t know what Obama knew and when did he know. It seems far fetched to believe Obama was not aware of any of this.

Put it this way, if he was unaware and the charges warranted investigation, and he ignored them, he would be derelict in his duties. Which is possible, based on his 8 years, but it could be a whole lot worse.

That is why we want answers and thankfully Bill Barr agrees and is doing that right now. From Fox News:

Attorney General William Barr revealed Tuesday that he is reviewing the “conduct” of the FBI’s original Russia investigation during the summer of 2016, following calls from Republicans to investigate the origins of the probe.

Barr explained that Justice Department Inspector General Michael Horowitz has a pending investigation into the FISA warrants and said the probe will be complete by May or June. He then confirmed he’s personally reviewing the investigation itself.

“More generally, I am reviewing the conduct of the investigation and trying to get my arms around the aspects of the counterintelligence investigation that was conducted in the summer of 2016,” Barr testified.

The comments come after House Intelligence Committee Ranking Member Devin Nunes, R-Calif., said over the weekend he was preparing to send eight criminal referrals to the Justice Department this week regarding alleged misconduct by DOJ and FBI officials during the Trump-Russia investigation. It is unclear whom Nunes will refer for investigation, and what the process at the Justice Department might be.

When asked Tuesday about Nunes’ referrals, Barr said he hasn’t seen them yet, but, “Obviously, if there is a predicate for investigation, it will be conducted.”

Barr’s review could dovetail with the work U.S. Attorney John Huber has been doing. In 2017, former Attorney General Jeff Sessions appointed Huber to review not only alleged surveillance abuses by the Justice Department and the FBI but also the handling of the probe into the Clinton Foundation and other matters.

The investigation was formally opened by Peter Strzok, a former senior counterintelligence agent, during the summer of 2016. Former FBI counsel Lisa Page, with whom Strzok was romantically involved, revealed during a closed-door congressional interview that the FBI “knew so little” about whether allegations against the Trump campaign were “true or not true,” at the time that they opened the probe, noting that they had just “a paucity of evidence because we are just starting down the path” of vetting the allegations. Page later said that it was “entirely common” that the FBI would begin a counterintelligence investigation with just a “small amount of evidence.”

The FBI, at the time, was led by former Director James Comey and former Deputy Director Andrew McCabe — both fired by the Trump administration.

Barr confirms that he is "reviewing the conduct of the [Russia] investigation," and indicates he still takes Devin Nunes seriously pic.twitter.com/2L7Tk19ZqN

In Case You Missed It:  Attorney, VP of Legal Affairs at Liberty Counsel Discusses Lawsuits in NY and What You Can Do if Your Employer is Demanding You Get the Jab (AUDIO)
Posted in Tyranny and tagged Clinton, Crime, Democrats, FBI, Obama.

The special counsel’s report on Russia’s election meddling will be released with redactions within a week, and the results of...