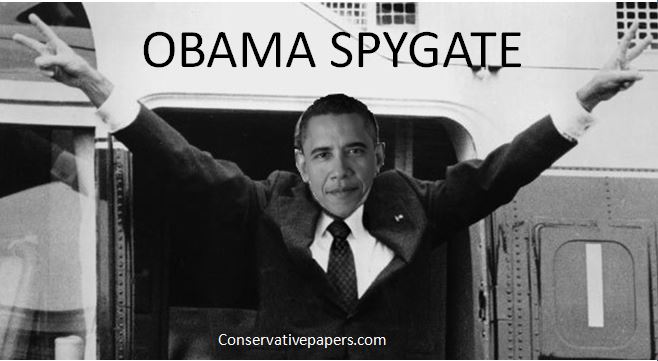 Montgomery was selling federal officials computer programs.  Montgomery claims  he won millions in federal contracts for his supposed terrorist-exposing intelligence software which was later found to be an elaborate “hoax”

Now Montgomery asserts that the FBI, under Mueller, was the supplier of the computers used to create an illegal super surveillance system. That system was then used by then President Obama’s intelligence chiefs to spy on Trump. It was “the most important, most sensitive” intelligence tool the agency had, according to a former agency official.

“The proof of Donald Trump being wiretapped is in the documents that were handed over to the FBI.”

Federal Judge Richard J. Leon did deny a December 27, 2018 request by the DOJ and Mueller’s Special Counsel Office. The goal was to delay a court date for author Jerome Corsi’s $350 million lawsuit against Robert Mueller, the DOJ, CIA, FBI, and NSA.

Corsi is suing Mueller and those intelligence agencies for targeting him with “illegal and unconstitutional” surveillance and blackmail.

James Comey is also in big in trouble and he knows it,” noted that the former FBI director is in a bit of a pickle thanks to Attorney General William Barr’s recent intimations that he’s going after Comey. Not only that, Brock believes Comey deserves every bit of it.

“James Comey’s planet is getting noticeably warmer. Attorney General William Barr’s emissions are the suspected cause,” Brock wrote in the Tuesday piece.

“Barr has made plain that he intends to examine carefully how and why Comey, as FBI director, decided that the bureau should investigate two presidential campaigns and if, in so doing, any rules or laws were broken.”

Brock was referring, in part, to a Tuesday Fox News report that Barr had been assembling a team to look into how the FBI handled the 2016 election, specifically the counterintelligence operation opened against the Trump campaign.

Comey will claim that everything he did in the FBI was by the book. But after the investigations by Department of Justice Inspector General Michael Horowitz and U.S. Attorney John Huber, along with Barr’s promised examination, are completed, Comey’s mishandling of the FBI and legal processes likely will be fully exposed.

three lines of inquiry he hoped Barr’s investigation would follow:

The first was whether the Clinton and Trump 2016 presidential campaigns were treated even-handedly.

(I’m not rushing to judgment here, but the fact that Hillary Clinton got very publicly let off for having classified information on a private email server while it looks increasingly like the Trump campaign was spied upon doesn’t indicate fair handling.)

The second was whether Comey’s FBI followed norms and guidelines, including whether electronic surveillance against a candidate was called for.

Finally, Brock wrote, there should be an “examination of whether Comey was unduly influenced by political agendas emanating from the previous White House and its director of national intelligence, CIA director and attorney general. This, above all, is what’s causing the 360-degree head spins.”

“James Comey is right to be apprehensive. He himself ate away at the soul of the FBI, not in small bites but in dangerously large ones,” Brock wrote. “It was a dinner for one, though: His actions are not indicative of the real FBI. The attorney general’s comprehensive examination is welcome and, if done honestly and dispassionately, it will protect future presidential candidates of both parties and redeem the valuable soul of the FBI.”

Whether that happens is questionable.

The Democrats are still pushing the “St. James” narrative, particularly since he’s the only unsullied soul left in this whole investigation to them, at least after the Mueller report. (They’re willing to forget about Anthony Weiner’s laptop, I suppose.)

He’s going to be protected in the same aggressive way that the Democrats protected Bob Mueller.

To them, no matter what tactics were used, the FBI’s actions in regards to the Trump campaign were justified. The same thing goes with his pronouncement regarding Hillary Clinton. The FISA warrant, the FBI’s tactics toward Papadopoulos — all of these were totally legit.

That being said, Barr’s testimony before Congress last week wasn’t indicative of a milquetoast, at least when it comes to dealing with Democrats.

Whether or not he displays the same spirit when it comes to reviewing how James Comey’s FBI handled the 2016 election remains to be seen.

But if he does, Comey could be in very big trouble.

(WikiLeaks released the following list on February 23rd (see link here) of Obama Administration wire taps.)* The US National Security Agency bugged a private climate change strategy meeting; between UN Secretary General Ban Ki-Moon and German Chancellor Angela Merkel in Berlin;
* Obama bugged Chief of Staff of UN High Commissioner for Refugees (UNHCR) for long term interception targetting his Swiss phone;
* Obama singled out the Director of the Rules Division of the World Trade Organisation (WTO), Johann Human, and targetted his Swiss phone for long term interception;
* Obama stole sensitive Italian diplomatic cables detailing how Israel’s Prime Minister Benjamin Netanyahu implored Italy’s Prime Minister Silvio Berlusconi to help patch up his relationship with US President Barack Obama, who was refusing to talk to Netanyahu;
* Obama intercepted top EU and Japanese trade ministers discussing their secret strategy and red lines to stop the US “extort[ing]” them at the WTO Doha arounds (the talks subsequently collapsed);
* Obama explicitly targeted five other top EU economic officials for long term interception, including their French, Austrian and Belgium phone numbers;
* Obama explicitly targetted the phones of Italy’s ambassador to NATO and other top Italian officialsfor long term interception; and
* Obama intercepted details of a critical private meeting between then French president Nicolas Sarkozy, Merkel and Berluscon, where the latter was told the Italian banking system was ready to “pop like a cork”.In addition to the above list we also noted that Obama wire tapped various individuals in the US media that were reporting information not flattering to the Obama Administration.  It is widely known that Obama’s Justice Department targeted journalists with wiretaps in 2013:* In 2013 the liberal Washington Post expressed outrage after the revelation that the Justice Department had investigated the news gathering activities of a Fox News reporter as a potential crime in a probe of classified leaks.  The reporter, Fox News’ James Rosen and his family, were part of an investigation into government officials anonymously leaking information to journalists. Rosen was not charged but his movements and actions were tracked.

* Also in 2013, members of the Associated Press were a target of surveillance.  The ultra liberal New Yorkereven noted that “In moderate and liberal circles, at least, the phone-records scandal, partly because it involves the dear old A.P. and partly because it raises anew the specter of Big Brother, may well present the most serious threat to Obama’s reputation.”

* Reporter Sharyl Attkisson said in 2014 that her personal computer and CBS laptop were hacked after she began filing stories about Benghazi that were unflattering to the Obama administration.  A source who checked her laptop said the hacker used spyware “proprietary to a government agency,” according to an article in the New York Post.

Finally, we reported that WikiLeaks tweeted that the Obama Administration spied on their journalists as well:

Now we know that Obama spied on the Trump campaign, Presidency and his team as well.

Shortly after President-elect Trump won the election and before President Trump’s tweets in March 2017 noted above, it was reported that –

It is suspected that Rogers went to Trump Tower unannounced to share with him that he was being spied on.  President-elect Trump moved his transition team from Trump Tower to one of his golf courses the very next day after Admiral Rogers’ visit –

By March 22, 2017, it was confirmed by Congressman Devin Nunes that Trump associates were spied on by American intelligence (the Obama Administration) –

Rep. Devin Nunes, R-Calif., whose congressional committee is investigating whether Russia interfered with the U.S. 2016 election, said he had been given access to intelligence reports that confirm Trump’s associates were spied on by American intelligence – operating under the auspices of President Obama.

We know that Trump volunteer George Papadopoulos was spied on my multiple characters from US and foreign entities (none Russian) in Europe in early 2016, long before the FBI said they started their Trump-Russia sham investigation in July 2016. Papadopoulos was set up in his interactions with the Deep State spies in Europe and by Italian, Australian and UK related spies and spy entities all working with the Obama Administration.

We also know that General Mike Flynn, Carter Page, Sam Clovis and other Trump team members were spied on by Stefan Halper, one of the same spies who interacted with Papadopoulos.  The Trump team was spied on by others as well.

We know that Deputy Attorney General Rod Rosenstein discussed wearing a wire into the White House.  (We really don’t know if he did wear the wire or not.)

We also know that former and now fired FBI Director James Comey met with President-elect and then President Trump and took notes for the sole purpose of spying on Trump.  He then leaked his reports to the MSM.  President Trump responded with the following –

Now this past week we find out that Obama and his Deep State cronies appear to have spied on the President in the White House.  The wife of former Chief of Staff to Mike Pence Joshua Pitcock was working for dirty cop Peter Strzok and investigating into Hillary Clinton’s crimes.  This comes after it was reported that lovebirds Peter Strzok and Lisa Page were “cultivating sources” to spy and inform them on President Trump

In Case You Missed It:  More than 100 young people hospitalized for vaccine-related heart problems in Ontario
Posted in Freedoms.