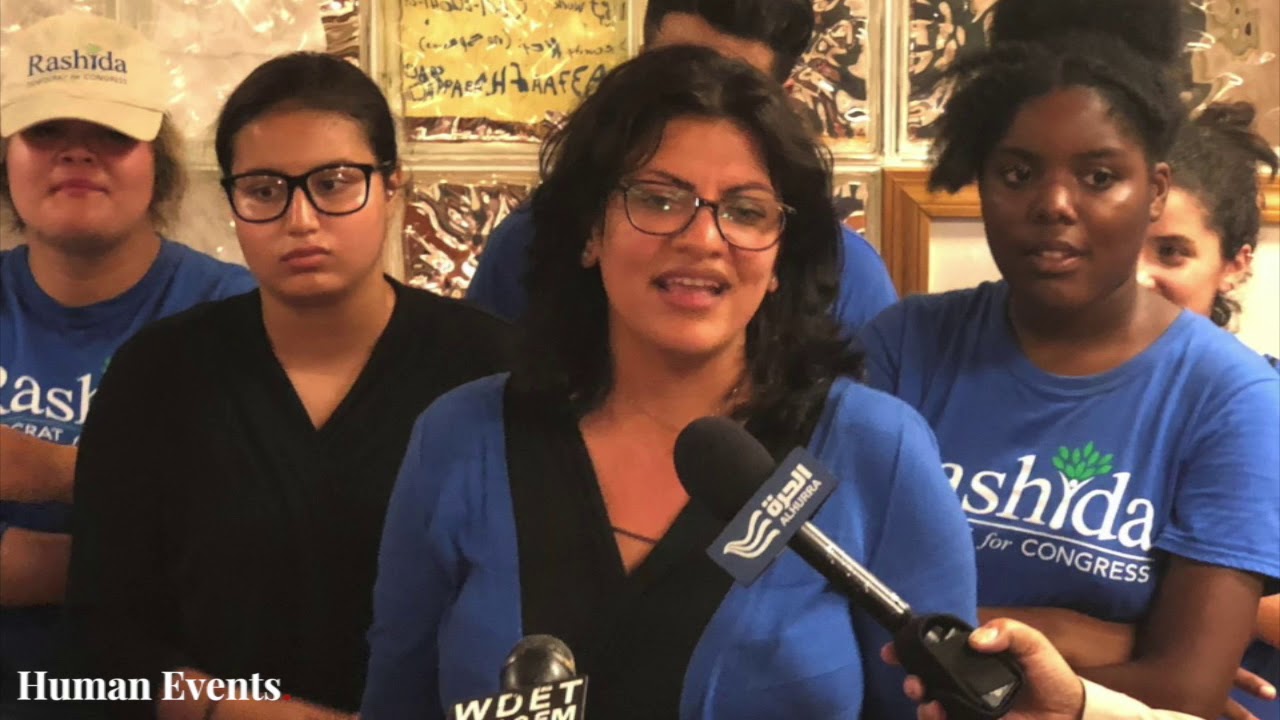 Newly-minted Likud MK Michal Shir responded to Tlaib’s claim that Palestinian Arabs had “provided” a “safe haven” for Jews after the Holocaust, saying the congresswoman should “open up a” book and study the history of the Middle East.

“I suggest Congresswoman Tlaib open up a history book once in a while,” said MK Shir. “The Arabs never provided the Jews with anything after the Holocaust besides more war and death. The Jews who survived the worst of it and immigrated to Israel to join their brothers and sisters in the Jewish settlement in the Land of Israel were forced to deal with terrorists, and the continued and repeated refusal of the Arabs to live in peace and coexistence, leaving [the Jews] with no choice but to defend themselves.”

“The Arabs refused to recognize the right of the Jews to this state, and the Palestinians certainly aren’t willing to recognize it today. Yet in the State of Israel today, there are some 1.8 million Muslims, who live in the safest, most democratic state in the Middle East, which offers full equality for Muslims and Jews, men and women. The state defends its Muslims citizens from ISIS, Hamas, and Islamic Jihad, which are just waiting for the opportunity to strike. I think Ms. Tlaib should thank the IDF.”

On Saturday, Rep. Tlaib told Yahoo’s Skullduggery podcast program that she felt pride in the fact that her “ancestors, Palestinians” had “provided” Jews with a haven after the Holocaust.

“Let me tell you, I mean, for me, just two weeks ago or so, we celebrated, but just took a moment I think in our country to remember the Holocaust.”

“There’s always kind of a calming feeling when I think of the tragedy of the Holocaust,” Tlaib said, “that it was my ancestors, Palestinians, who lost their land and some lost their lives, their livelihood, their human dignity, their existence, in many ways, has been wiped out … in the name of trying to create a safe haven for Jews, post-Holocaust, post-tragedy and the horrific persecution of Jews across the world at that time. And I love the fact that it was my ancestors that provided that in many ways.”

In reality, Palestinian Arab murderous revolts from 1936 to 1939 against the local Jewish community and the British Mandate in Palestine forced the closure of the Mandate to Jewish immigration from Europe on the eve of and during the Holocaust.

From the declaration of Britain’s intent to withdraw from the Mandate and the United Nations General Assembly vote on the partition plan in November 1947 through till the end of Israel’s War of Independence in 1949, some 7,000 Jews were killed in terror attacks and the subsequent invasion by Arab armies into the nascent State of Israel.

(CNSNews.com) – Former secretaries of state should “get off the stage” and leave foreign policy to their successors, Secretary of...