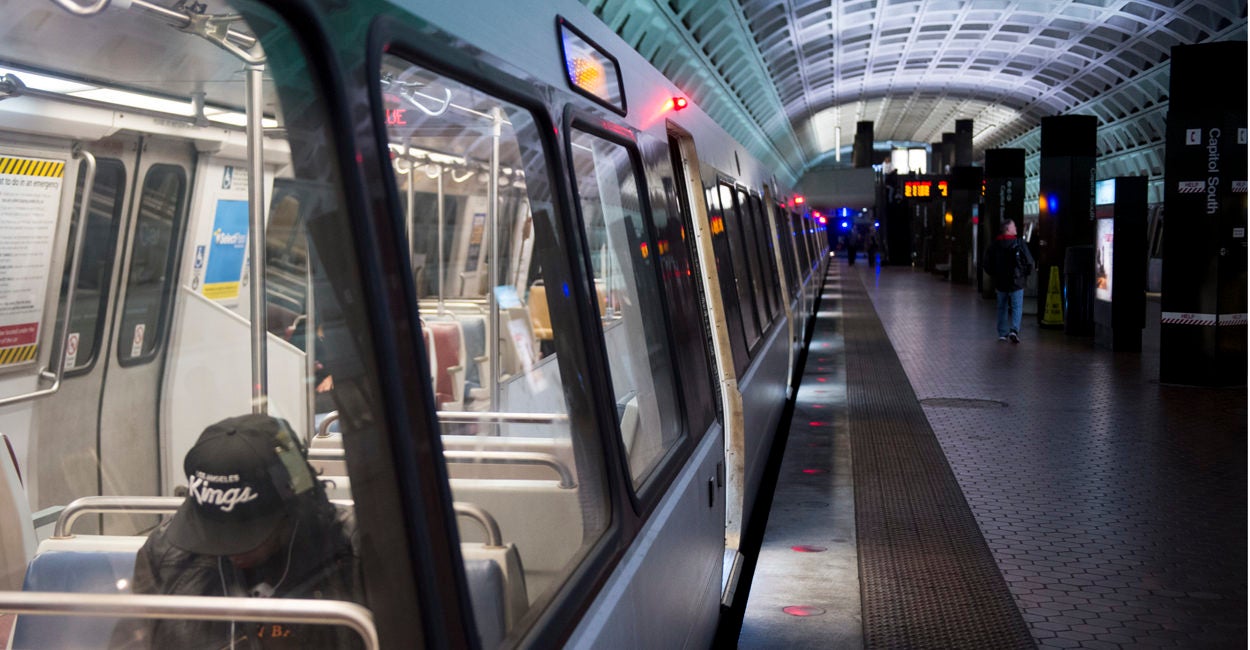 Not all bad behavior, even when directed at a member of a minority group, is racist.

But that seems to be a reality that eludes the internet mob.

Last week, Natasha Tynes, a commuter using the Washington metropolitan area’s Metro system, tweeted a photo of an African-American woman in a Metro uniform eating on a train—something that’s not allowed. She tagged Metro’s official Twitter account in her complaint, and later, gave Metro more details to help identify the employee.

Let me be clear: What Tynes did is reprehensible. She could have very well cost this woman her job—and what’s more, she made her complaint by posting a photo of the woman without her permission on a public internet platform. As far as we know, Tynes had no knowledge about what the woman was going through, and what circumstances she was dealing with that day. (Her union has since said Metro employees typically have only 20 minutes between jobs, and she needed to travel to the next place she was slated to work.)

But none of this means Tynes was motivated by racial animosity toward this woman whose eating offense apparently angered her—yet that is the assumption that many of Tynes’ detractors are making, and the assumption that led to her book deal being canceled.

Perhaps more will come out. Perhaps we’ll find out that Tynes—who has been the subject of stories by The Washington Post, NBC News, and Fox News, among others—earlier has spotted Hispanic/Caucasian/Asian Metro workers eating or drinking on the trains and hasn’t said anything. If that’s the case, it’d be fair to argue she was motivated by a racist intention.

Yet right now, all we know is that Tynes reported this one worker.

And for that, she’s been smeared as a racist.

5. @NatashaTynes has the audacity to try and get a black woman fired for eating on the job after tweeting this!

It's not surprising, minorities discriminate against black folks all the time but this thread that I'm quote tweeting is something else! https://t.co/PCpQFcCQvU

Again, @NatashaTynes, you went over, above, beyond and out of your way to cause trouble for a black woman who was not bothering you.

I want you to think about that.

I am going to remind you every day just to make sure.

I am in residence, so not on Twitter as I often as I usually am. Just learned what Natasha Tynes -who is Jordanian-American- did. Anti-Black racism is shamefully all too common among non-Black people of colour. I would add classism to the list of bigotries that we must fight too.

On the book review site Goodreads, people trashed her forthcoming book as revenge, giving it the lowest rating of one star. User Kali Villa-Leblanc wrote: “Written by a disgusting human being who would take time out of her day to put a black woman’s livelihood at risk for no reason. Wouldn’t read this book if it was being given out for free. Wouldn’t recommend this book to anyone who isn’t a privileged, racist, psychopath.”

User Chris Leo wrote: “This book is written by a truly evil woman who tried to get another black woman get fired for eating in Metro,” and user Vanessa said: “Natasha Tynes is a writer without empathy or humanity, a contempt at best and vicious malice for black woman at worst.”

Tynes did apologize, reportedly tweeting, “I apologize for a tweet I posted earlier today, which I have since deleted. I am truly sorry.” She later deleted her Twitter account.

Soon, her book “They Called Me Wyatt,” which had been scheduled for publication June 11, per Amazon, was canceled, with the publishing companies behind her book also accusing Tynes of racism:

Of course, the internet mob celebrated:

Moral of the story, kids: Don't be a terrible person and DO NOT come for Black women.

Maybe next time Natasha Tynes will think before she attempt to ruin someone's life. ? https://t.co/copTHp0fpD

Accountability is necessary. Thank you for taking proper action.

Black women have enough to worry about on a daily basis. @NatashaTynes’ actions were malicious and simply unnecessary.

She needs to find a hobby & do better next time. pic.twitter.com/ICFfM9tV7q

What is going on here?

If Tynes had lost her book deal for being a terrible neighbor or a humorless tattletale, fine.

But that’s not what happened—and federal lawmakers weighing in only makes this worse. Because the lesson here seems to be that any negative comment about any minority person is racist.

If that’s the standard, race relations will only get worse in our country.

Of course, make no mistake: Racism still exists in the United States. Just ask Republican Sen. Tim Scott, who delivered a powerful speech in 2016 about how he felt his skin color made him a target of police at times: “In the course of one year, I’ve been stopped seven times by law enforcement,” the South Carolina senator stated.

Earlier this month, the U.S. Attorney’s Office for the Western District of Virginia announced that four members of a white supremacist group were pleading guilty to trying to incite riots in Charlottesville, Virginia, during the terrible rally in 2017.  There was Roseanne Barr’s tweet, “Muslim brotherhood planet of the apes had a baby=vj,” referencing former Obama adviser Valerie Jarrett. (Barr has denied she had any racist intentions.) Right now, Asian Americans are suing Harvard University over alleged discrimination in admissions.

There’s also been a slew of troubling incidents in recent years that seem racially motivated. A sophomore at Smith College, Oumou Kanoute, had to explain to a police officer why she was eating lunch in a room at Smith after an unnamed employee called the police on the young black woman. Also in 2018, a Subway employee called 911 when a black family was eating dinner there. The employee said the family was going back and forth to the bathroom, and he thought they were putting soda in water cups, according to Atlanta-based WSB-TV. When Darren Martin, a former White House staffer, was moving into his New York City apartment, he was questioned by police—after someone suggested he was breaking in.

But there’s no contradiction between racism still existing and the conclusion that not every negative comment directed at a minority person is racist in nature.

Tynes’ critics may be celebrating now. But in the long run, they’ve hurt, not helped, race relations in the United States.

In Case You Missed It:  NYC, DHS will release non-toxic gas at 100-plus locations in preparation for chemical, biological attack: Is Biden's America in danger?
Posted in Freedoms and tagged Foundry, Freedom, Liberalism.

What Barr Will Find

Severe governmental abuse of power as well as violating civil liberties By Rick Hayes To get a complete picture of the...