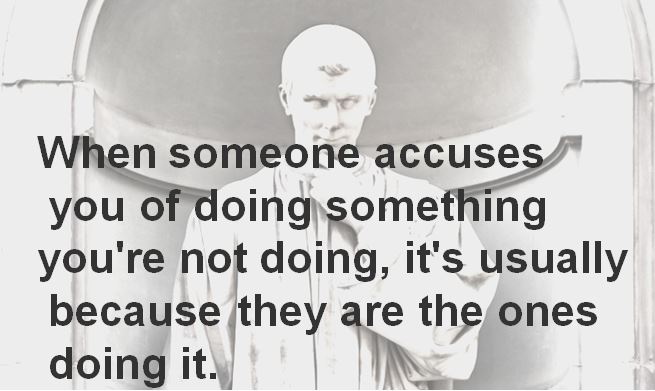 The Democrats are like a beehive that has lost their queen — only, in this case, the queen is not Nancy Pelosi, but Barack Obama. He alone was able to hold this fractious cuckoo’s nest together. And one wonders if he could do it now.

Nevertheless, Pelosi, anxious to do her part and stave off impeachment charges she knows are electoral poison for her party, did her best to damp things down by accusing Trump of a “cover-up” when she emerged from the Democratic caucus Wednesday morning.

Was it Machiavelli who said: When they accuse you of something, they’re the ones who are doing it? No, it wasn’t, not exactly anyway. But no question the brilliant Florentine saw that happening on a daily basis, as we do.

At this moment, since we know there was no Russia collusion, the big “cover-up” is the provenance of the Mueller investigation itself. And some of that, at least, is about to be revealed, as the Democrats are no doubt aware.

Trump called this investigation a “witch hunt,” but that appears to have been an understatement. It was a “treasonous coup plot” — unprecedented in American history — with many of the secret conspirators beginning to be known to those interested (Stefan Halper, Joseph Mifsud, Deputy Assistant Secretary of State Kathleen Kavalec). Doubtless, additional names are to come, adding to the more public ones already fired or conveniently laid off by the FBI and DOJ. (Peter Strzok, Lisa Page, Andrew McCabe, James Baker, James Comey, etc. As of August 2018, 25 were fired or “resigned.” Not sure of the number now.).

Beyond mere spying (to coin a phrase), this is beginning to appear to be a case of entrapment of an American presidential candidate, rendering the word “unprecedented” rather apt and far from hyperbole.

Meanwhile, the inspector general report on the FISA scandal is about to come out, followed by various investigations supervised by William Barr,

No wonder the beehive is going crazy and Nancy was forced to channel Nixon with the “cover-up” card. It was an obvious ploy and a sop to the growing impeachment-crazy juvenile socialist wing of her party she knows to be self-destructive but can do little about.

In so doing, however, Pelosi shot herself in the foot as well as her party’s, not to mention that she put any infrastructure deal on hold. (What did she expect to happen?) An impeachment investigation will only reveal more of this treasonous plot, informing the public as never before — and already the vast majority believe the Steele dossier was a fraud (i. e. Clinton campaign instigated disinformation).

Not even the mainstream media will be able to help because impeachment hearings will be live on television with both sides able to ask questions. And Mueller won’t help either because he is unlikely to want to open himself up to myriad questions about why he never looked into the predicate for his own investigation.

Of course, this won’t stop many of the Democrats. Trump Derangement Syndrome is a disease akin to paranoid schizophrenia for them. The bees will be buzzing and stinging everywhere. Time for some serious insect repellent. Amazon recommends the Flowtron BK -15D.

In Case You Missed It:  Violent Mob Shuts Down Tomi Lahren At University of New Mexico
Posted in Tyranny and tagged House Minority Leader Nancy Pelosi.

What’s Really Behind the Impeachment Con?

The Democrats have become a party of hate. The haters have poured money and manpower into a moribund party. It’s...