The Democrats have become a party of hate. The haters have poured money and manpower into a moribund party. It’s their party now and they will settle for nothing less than destroying Trump. 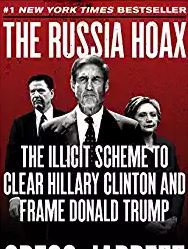 The Democrats have become a cult of anti-personality.

The ‘anti’ phenomenon is not unique. Past Democrat generations had built their identity around hating Goldwater, Nixon, and Reagan. But the internet monetized the cult of anti-personality in a big way.

And Democrats are paying the price.

Speaker Nancy Pelosi and the Dem House leadership have tried everything possible to stop the talk of impeachment. But nothing that she and her deputies can do has made a dent in the madness.

In a sign of pure desperation, Pelosi has begun insisting that impeachment is a Trump conspiracy.

“Trump is goading us to impeach him,” she actually claimed.

And it won’t work.

Impeaching Trump is the obsession of a narrow slice of the Dem base. But it’s the one that provides much of the money and the manpower. The Democrats wouldn’t have won in 2018 without the Trump-haters, but they won’t be able to win in 2020 with them. Their fanaticism proved crucial in midterm elections where Democrats traditionally suffered from low voter turnout. But in a presidential election, voter turnout will be high. And the Democrats will need to win over independent voters.

Most of the House impeachment noise has been coming from Congressional Black Caucus, California and New York House members who are safely ensconced in districts that Republicans can’t win. The more noise they make, the more they can fundraise, build their brand and get invited on MSNBC.

They don’t risk losing their seats through a challenge from the right, but from the left.

Joe Crowley’s defeat at the hands of Rep. Alexandria Ocasio Cortez was a warning. Alienating Democrats or infuriating Republicans poses no risk to Democrats in safe districts. They’re worried about another prog coming out of the woodwork and impeachment is their shield against a challenger.

While Pelosi wants to hold on to her speakership by getting and keeping House Dems in swing states, the impeachment caucus is only out for the interests of its members. Before internet fundraising, political grandstanding wasn’t nearly as profitable. But Trump and the internet have changed all that.

Talking about impeaching Trump provides the old Democrats in safe districts with a cash flow and protection against usurpers backed by the Democratic Socialists of America. Even if it hurts their party.

The House impeachment activism also reflects the split within the Democrat electorate.

At April’s end, an NPR/PBS NewsHour/Marist poll showed that 42% of adults wanted an end to the investigation. Another 33% wanted more congressional hearings.

Only 16% were ready for impeachment.

Among Democrats, only 27% were ready for impeachment. Impeachment fever was highest among “progressives”. 30% of Democrat women wanted impeachment, but only 23% of men.Support for impeaching Trump was highest in the big cities that are home to the resistance and lowest in rural areas.

Support for impeachment was highest in the West.

If you want to understand why California politicians like Rep. Maxine Waters, Rep. Ted Lieu and Rep. Adam Schiff are all over the news networks talking impeachment, these numbers show why.

Impeachment was a con. Democrats solicited fortunes from bicoastal donors while promising them something that they knew they couldn’t and wouldn’t deliver

In the 2018 exit polls, support for impeachment was highest in California followed by New York. That’s also where much of the money that swung the midterm elections came from. California donors bought elections and special elections for Democrats in red and purple states in impeachment’s name.

But the rest of the country isn’t California or New York.

Impeachment was a con. Democrats solicited fortunes from bicoastal donors while promising them something that they knew they couldn’t and wouldn’t deliver. It’s a familiar con in politics. There’s just one problem. Pelosi, Schumer and the Dem leadership need the donors they’ve conned to keep giving.

The Democrats have been caught on the hook of their own con.

Their money is telling them one thing while their electorate is telling them another. The media desperately needs an impeachment push to goose their ratings. Impeachment is the only thing that would lift CNN’s ratings out of the toilet. And if the Democrats won’t give the media what it wants, the same outlets that profited from the Mueller witch hunt will go after Pelosi for standing in their way.

The Democrats can have the money and the media, or win elections. But they can’t have all three.

That’s why Speaker Pelosi is finding new convoluted reasons to avoid an impeachment push. The crazy lies are an effort to string along donors and media outlets until the election, without alienating the independent voters that her faction needs to win, in order to defeat Trump and the Republicans.

And that will take the impeachment question off the table and validate her strategy.

But if Trump is reelected, then Pelosi will fall. The Democrats are playing it safe by backing Biden and avoiding impeachment. But if Biden becomes the nominee and loses, lefties will claim that the election was lost because the Democrat leadership chose to play it safe instead of going radical.

Trump’s reelection will crack open the con and wipe out a faded generation of Democrat leadership.

That’s why Pelosi has made this her final rodeo. If her bet pays off, she retires after taking a victory lap. If it fails, she leaves in disgrace to sip chardonnay with Hillary Clinton and blame the Russians.

But even making it to 2020 will require keeping the lid on a furious donor class and unruly House.

Speaker Pelosi has failed to control either the freshman radicals like Rep. Ocasio Cortez and Rep. Tlaib or the rest of her California delegation which won’t stop playing the impeachment card.

The Mueller report took more pressure off Pelosi than it did Trump. In its aftermath, she’s trying to channel Dem activity into endless hearings, which are always a safe bet in Washington D.C., and into going after Trump officials whose persecution won’t alienate independents or rile up Republicans.

But it won’t be enough.

The Democrats have become a party of hate. The haters have poured money and manpower into a moribund party. It’s their party now and they will settle for nothing less than destroying Trump.

Even if it destroys them too.

The Italian PM  had to fire Several Top Intelligence Agency Chiefs Over Their Cooperation With Obama Deep State In ‘Spygate’....