It was the Amish… MAYBE NOT….

Security video shows a terrorist leaving a suitcase in front of a bakery. 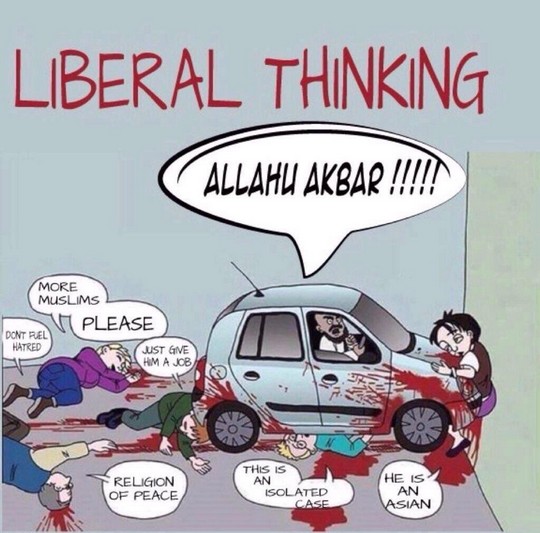 French police are hunting for the person who left a suitcase in front of a bakery in Lyon on Friday just before an explosion injured 13 people, officials said.

The partially masked person was captured on security video wheeling a bicycle before leaving the suitcase in front of the Brioche Doree bakery, where the blast later rained metal bolts on passersby around 5:30 p.m. local time, police sources and local mayor Denis Broliquier told Reuters. A police source said the package contained “screws or bolts” and had been placed in front of a bakery on the corner of the two popular streets.

Interior ministry officials initially said eight people had been injured, but police sources later put the number hurt at 13, with none of the injuries thought to be life-threatening.

President Emmanuel Macron, who was beginning a broadcast address as news of the explosion broke, described the incident as an “attack” with no fatalities. 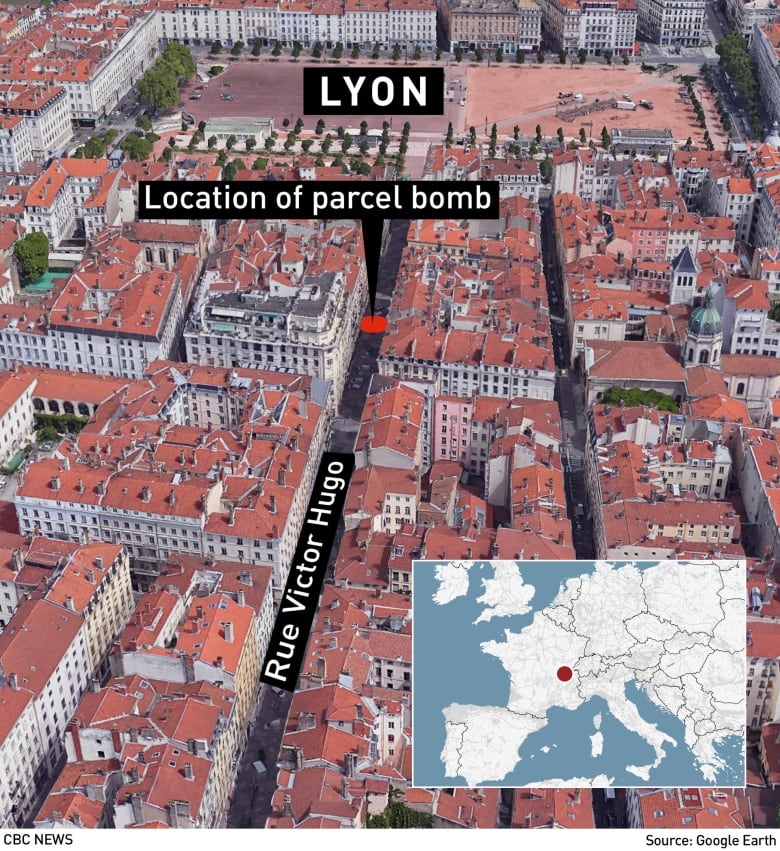 Live television images of the street showed the Brioche Doree sign intact and police vans and an ambulance at the scene.

The central area, the Presqu’ile, lies between the Rhone and Saone rivers that run through France’s third-largest city.

Macron sent his thoughts “to the injured and their families.”

The women’s World Cup soccer tournament is scheduled to start in France on June 7. Lyon will host the semifinals, and then the final on July 7.

French Interior Minister Christophe Castaner said in a tweet that he has sent instructions for Lyon authorities to strengthen “the security of public sites and sporting, cultural and religious events.”

There has been an explosion in central Lyon – Rue Victor Hugo. I'm on the scene… updates to come. pic.twitter.com/wer6HsYdXA

A terrorism probe has been opened by the Paris prosecutor’s office, which has jurisdiction over all terror cases in the country.

France has been on high alert following a wave of deadly Islamic jihadist terror attacks since 2015 which have killed more than 250 people after they allowed in many unchecked refugees.

Italy also had an attack, after Muslim refugee set fire to an Italian police station and two elderly people–74 and 84 respectively–are dead, ” two others are seriously injured and 16 people suffered smoke inhalation. A Muslim migrant from Morocco set fire to a police station in Italy.

The incident stirred up anti-immigration sentiments especially among far-right parties who are using the arrest of a Moroccan citizen to call for a stronger stance on immigration.

If such an action was an isolated case, indeed Moroccan World News would be justified in its connotative condemnation, but its no secret that a surge in violent crimes, sex assaults, jihad attacks, no-go-zones (some of which are compared to war zones) and the like have risen with the flood of Muslim migrants into Europe. The rise of so-called “populism” is correlated to the disastrous outcome of open-door immigration.

Deputy Premier and Interior Minister Matteo Salvini tweeted out a strong condemnation of the attack and renewed his vow to stop illegal immigration in Italy “as a moral duty”.

#BREAKING : Lyon , France – At least six people have been injured in a bomb explosion at the corner of Victor Hugo Street and Sala Street.#Lyon #Francepic.twitter.com/0W0GEmZJOj

Trump Gets an ‘F’ for Libya

Getting grumpy over the administration’s Libya policy is a just cause. There is no nostalgia for President Barack Obama’s “lead...