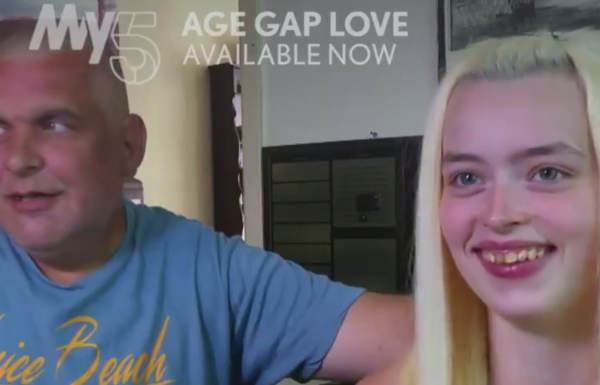 How happy and innocent the new buzz words and phrases sound. “Age gap couple” is the catch phrase as the hashtag #AgeGapLove starts to trend on twitter. This is part of a new TV series by British channel My5 that chronicles relationships between older men and young girls, some as young as 16.

Basically it promotes pedophilia and attempts to normalize and glamorize 40-something men with younger girls. First its 16 then its 14, ..13.

"16-44… It's a big gap." But this didn't stop Andy and Beth from giving #AgeGapLove a go. pic.twitter.com/3pAgLVRgPE

That’s right, Twitter is more than happy to leave this up, while they make sure folks like Alex Jones, Laura Loomer, and Steven Crowder are banned.

The piece offers no criticism of pedophilia and does everything possible to make it sound carefree and part of every day life.

But this tale takes another turn when it’s revealed that Beth was Andy and his now-ex-wife’s babysitter. This leads many to believe that Andy had been grooming Beth to eventually become his lover, despite his claims that he never considered such until she came on to him. Furthermore, Andy had known Beth’s mother.

At least the comments redeem one’s hope in society:

You know what, the cutesy, bubbly music and happy VO actually manages to make it creepier than it already was.

This is appalling @channel5_tv. This a unhealthy relationship between an adult and a child. It's grooming, not a cute hashtag.

One can only imagine how giddy pedophilia advocate Todd Nickerson is over the prospect of his fantasies becoming legal in the distant future.

Will Joe Biden be celebrated on the next episode?

by Cristina Laila Fox News reporter Catherine Herridger reported that the FBI did not tell then-candidate Donald Trump that the...