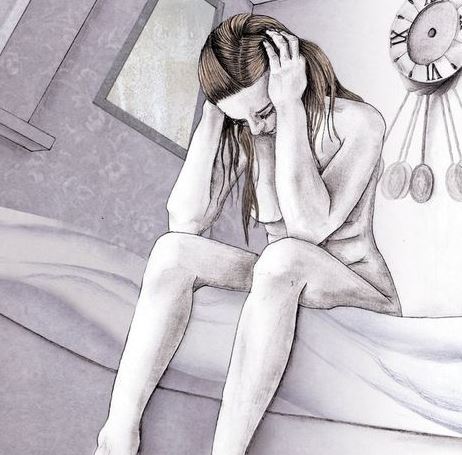 Now due to progressive leftist push to accept just about anything there is a current health crisis that exists among teens ages 13 to 17 and it continues to get increasingly worse. It all revolves around binding tactics that transgender teens use to hide the fact that they have breasts. The girls who wish to look like guys are using binds, of which has existed for the past 15 years, to diminish their feelings of body discomfort—known as body dysphoria.

The problem with this method to hide breasts among teen transgenders with this mental illness is that it is creating health concerns and is also leading to serious surgeries and dangerous hormone injections.

Body dysmorphic disorder (BDD) is a distinct mental disorder in which a person is preoccupied with an imagined physical defect or a minor defect that others often cannot see. As a result, people with this disorder see themselves as “ugly” and often avoid social exposure or turn to plastic surgery to try to change their appearance.

Pretty much 100% of the medical community accepts that BDD is a mental disorder and just recently have been connecting the dots to Transgenders.  BDD is a chronic (long-term) disorder that affects men and women equally. It usually begins during the teen years or early adulthood.

The atrocity is the fact that progressive leftist are selling children on this transgender lifestyle. Even selling it to children under the age of 13,  pushing BDD on them as if its normal and to be celebrated.  It no different than to be celebrating an Anorexic, cheering  on an promoting Anorexia is if it normal, and something to aspire to.

If these children go as far as receiving hormone treatment that can potentially affect their future fertility. This is a growing concern due to some children “growing out” of their desire to transform their bodies when they get older and later finding that their bodies can no longer function normally.

Here is a fact,  children who reported transgender feelings were tracked without medical or surgical treatment at both Vanderbilt University and London’s Portman Clinic, 70%-80% of them spontaneously lost those feelings as they got older. So these leftist have already destroyed their lives, this is nothing less than child abuse pure and simple!

The leftist can do their typical rant about “bigots,” “gay pride” and “civil rights” all day long, but it doesn’t change the fact that encouraging troubled people, especially children to permanently disfigure themselves instead of working through their issues with a mental health professional is a thoughtless, cruel, and monstrous act.

Tourist Deaths in Dominican Republic May Be Linked To Serial Killer

At least 70 documented cases of healthy tourist getting a sudden mysterious illness Dominican Republic resorts, the latest in a...