A local judge in Chicago has appointed a special prosecutor to investigate the decision by Cook County prosecutors to drop charges against actor Jussie Smollett for lying to police about a racist and homophobic attack. 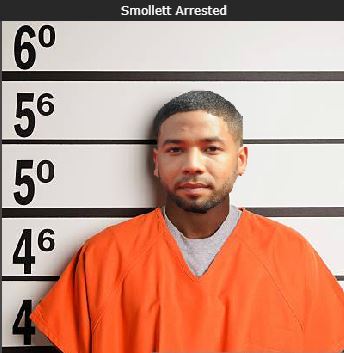 Cook County Judge Michael Toomin on Friday said in his decision to appoint a special prosecutor that the county’s state’s attorney, Kim Foxx, mishandled the Smollett case by appointing a top aide to oversee it after she recused herself, The Associated Press reported.

The ruling leaves open the possibility that Smollett could be charged again, according to the report.

Foxx recused herself after a relative of the actor interceded with her on the actor’s behalf, and she was approached by Michelle Obama’s one-time chief of staff on behalf of Smollett’s family. She said she was recusing herself to avoid “even the perception of a conflict.”

Toomin ruled that Foxx should have called for a special prosecutor instead of appointing someone from her office.

“The unprecedented irregularities identified in this case warrant the appointment of independent counsel to restore the public’s confidence in the integrity of our criminal justice system,” Toomin said.

Smollett was charged with 16 counts of disorderly conduct after police concluded that Smollett had staged the early-morning Jan. 29 attack on himself and had paid two Nigerian brothers, one who appears on “Empire,” to carry it out.

Smollett told police after the attack that two men “gained his attention by yelling out racial and homophobic slurs towards him” before attacking, pouring an “unknown chemical substance” on him and wrapping a rope around his neck.

In Case You Missed It:  Fed Chair Jerome Powell Says Government Debt Is On An ‘Unsustainable Path’ As Economy Is Shrinking
Posted in Tyranny and tagged Crime, homosexuality, Liberalism, Racism.

Almost a year ago, we asked, “How much authority can Congress give to the attorney general to effectively write criminal...