Would the New York Times publish the precise instructions for making bombs, the way Bill “I don’t think we did enough” did it? So far, no. But they might as well, given that they have published an unhinged op-ed recommending in precise detail the illegal doxxing of Border Patrol agents, their middle managers, the money-starved detention center operators and any business that might supply them for fair consideration. It’s quite a change, because up until now, they haven’t even revealed the identities of U.S. spies or rape victims. But anyone trying to enforce the U.S. border law has become fair game.

Look at the demonic rationale for doxxing and harassing U.S. lawmen performing their lawfully mandated and perfectly legal mission of border control, coming from this Times op-ed, by Kate Cronin-Furman, a far-leftist who identifies herself on her Twitter page as a “mass atrocity scholar and former human rights lawyer,” two topics she demonstrates well she knows nothing about.

Thinking of what’s happening in this way gives us a repertoire of tools with which to fight the abuses, beyond the usual exhortations to call our representatives and donate to border charities.

Those of us who want to stop what’s happening need to think about all the different individuals playing a role in the systematic mistreatment of migrant children and how we can get them to stop participating. We should focus most on those who have less of a personal commitment to the abusive policies that are being carried out.

For working class American Border Patrol agents enforcing the border, many of whom have Spanish-origin last names (how’s that for lefty racism?), she recommends doxxing, but doesn’t have the courage to call it that:

The identities of the individual Customs and Border Protection agents who are physically separating children from their families and staffing the detention centers are not undiscoverable. Immigration lawyers have agent names; journalists reporting at the border have names, photos and even videos. These agents’ actions should be publicized, particularly in their home communities.

This is not an argument for doxxing — it’s about exposure of their participation in atrocities to audiences whose opinion they care about. The knowledge, for instance, that when you go to church on Sunday, your entire congregation will have seen you on TV ripping a child out of her father’s arms is a serious social cost to bear. The desire to avoid this kind of social shame may be enough to persuade some agents to quit and may hinder the recruitment of replacements. For those who won’t (or can’t) quit, it may induce them to treat the vulnerable individuals under their control more humanely.

Naturally, RT News of Russia noticed the phoniness of her claims about the matter not being doxxing or anything, and took note:

This is not an argument for doxxing,” Cronin-Furman explained. “It’s about exposure of their participation in atrocities.”

Except it is doxxing, and doxxing is – in this case at least – illegal. Under 18 USC, section 119, knowingly making available the personal information of a federal employee is a crime punishable by up to five years imprisonment. 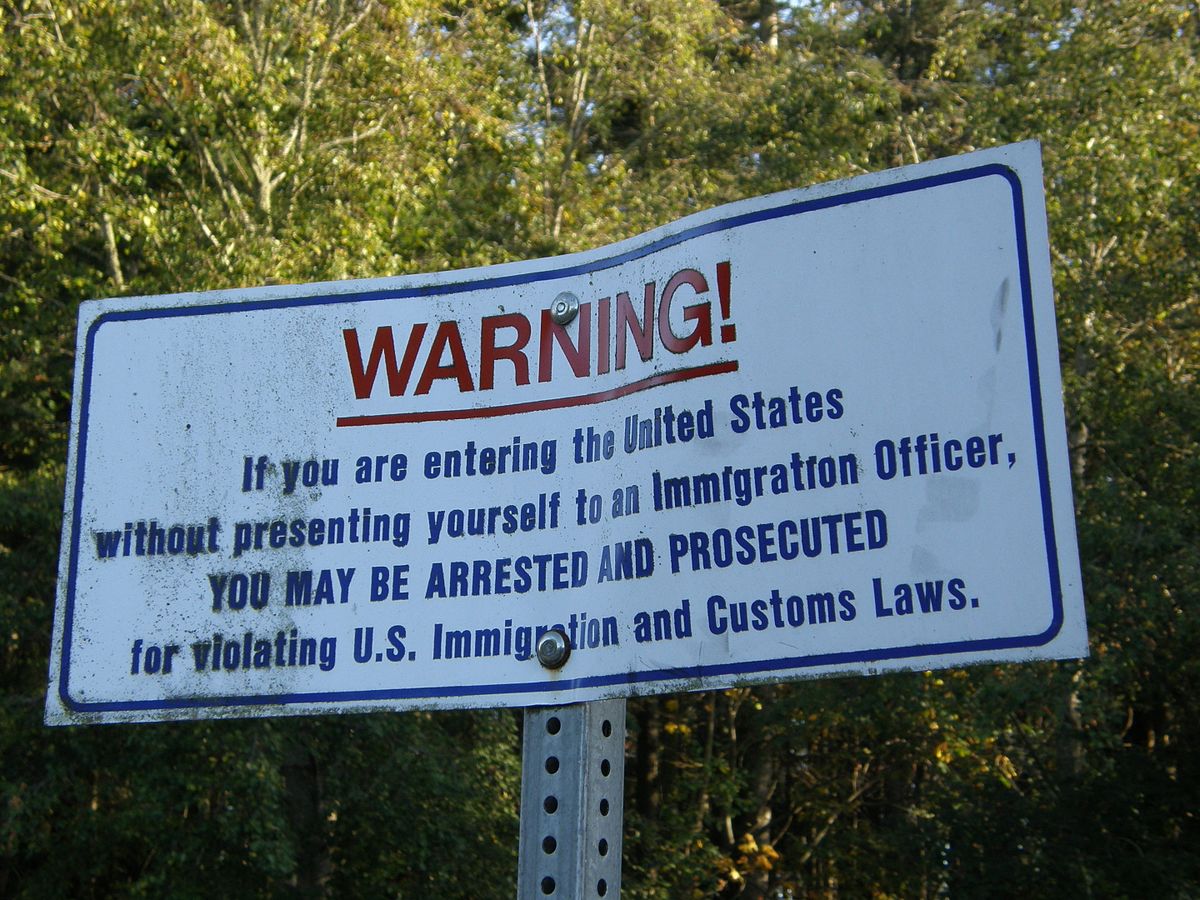 Pretty pathetic when it takes RT to point out the phoniness of your lies. And kind of disturbing that RT is onto this, because it always goes where it knows it can cause chaos.

But mere doxxing of Border Patrol agents is not actually new. It was done last year, against related lawmen, some 1,600 ICE agents, by antifa’s crazed radicals, who make no bones about seeking to ignite a violent civil war.

Now in the pages of the Times gets worse. For middle managers, such as people with law degrees, Cronin Furman recommends career ruin, or “reputational consequences” – reporting these people to their bar associations and getting them disbarred, to ensure that they can never rise in their professions. That’ll teach ’em.

For people running detention centers (the ones who got denied funding for them by Democrats until the other day), the United Nations must be called in – and they must be put in the dock as war criminals at the United Nations Human Rights Council. Eurotrash nations must deny them visas and their capacity for travel must be cut off, same as the drug-dealing Maduroites of Venezuela and the brutes in Putin’s Russia get. Sound proportional? Sound fair? As long as she’s bringing up constant Nazi references throughout her ignorant piece, maybe some Nazi improportionality in punishment ought to be brought up, too — on her end.

And for the people doing business with detention centers, well, the Wayfair sell-side boycott is her answer. Bad camps need fewer beds for migrants, not more beds for migrants, so every business needs to boycott or be boycotted, there can be no middle ground.

It’s the recommendations of a lunatic – and a very anti-American one at every turn. Let’s take a look at what this woman has written earlier, via Muckrack, which she had to have signed up for.

Here’s her flip take on terrorism — and her boiling contempt for Americans — to get the flavor. She wrote this during the Obama era in 2015:

Look, America, I get it. Terrorism is scary. We all love Paris. An attack on the home of existentialism, the Musée d’Orsay, and perfect flaky croissants is hard to process.

But your reaction is a little… unhinged. Despite the fact that all the attackers who’ve been identified are European citizens, we’ve seen a shameful rush by U.S. governors to bar Syrian refugees from being resettled in their states. Talking heads are screeching about the threat these desperate people pose to our safety. And a candidate for this country’s highest office just proposed a federal Muslim-banning bill.

Which makes me wonder: Do you not know what a refugee is, America?

It’s okay if you don’t, but maybe tone down the rhetoric until you’re up to speed. Here are the basics:

Never mind those 18 or 19 ISIS and al-Qaida “refugees” admitted to the U.S. who have since been busted for terrorism, including one the lawmen picked up last year. Ignore those details about the Boston bombers. And of course, pay no attention to the many more ingrates in their numbers whose atmospherics make joining terrorist outfits a seemingly rational thing for maniacs among them if not their discontented offspring.

Here’s her defense of ISIS brides, improbably claiming that they are portrayed as ‘beautiful but dangerous’ on one hand (false: the more common popular consensus is that they are ugly) and monsters on the other – she just wants their politics of resentment — of the West, not stone-aged Muslims – to be taken ‘seriously.’ Really?

Someone like this ought to be confined to the circulation-12 publications of academia. But this woman is not. She’s the establishment and the New York Times is the establishment, and the establishment is printing these violent threats (doxxing by its very nature is violent). It’s not only anti-American (notice how the Russians are making hay from it, for one), it’s a recipe for civil war.

The Times should be very careful about advocating for civil war, because establishments become big targets in civil wars. They themselves could find themselves in the information warfare crosshairs, particularly since they are an information outfit by nature. If people get angry enough about the enforced open borders of the left, a reaction will come. Let’s hope the only reaction is the coming re-election of President Trump and the ousting of the crazies in the courts and Congress.

By Monica Showalter It would seem to be a no-brainer that free health care for people who've broken into our country...