A Jewish-owned café in Melbourne, Australia, was defaced with anti-Semitic graffiti on Thursday, The Australian Jewish News reported. 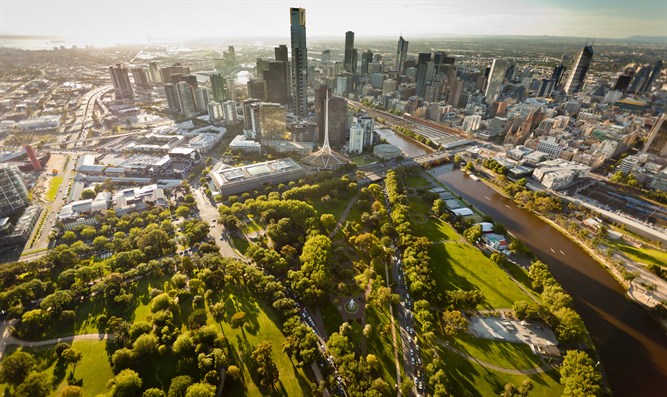 Aliza Shuvaly, owner of Aliza’s Place Cafe in the Melbourne suburb of Chadstone, arrived at work to find the words “The Holocaust is a lie” scrawled on her back fence, along with a swastika, according to the report.

Speaking to The Australian Jewish News, Shuvaly said she never thought she would experience anti-Semitism in Melbourne.

“I cannot ignore this symbol. All my family were Holocaust survivors – my mother’s parents, my husband’s parents – and for me it’s hurting twice,” she said.

“I started to shake, I didn’t know what to do,” added Shuvaly, who added that was so angered by the graffiti that she removed the swastika herself, before council crews arrived to remove the rest of the graffiti.

“I won’t let them have the satisfaction of having it on my wall,” she said of the vandals.

Admitting she is now scared as a result of the attack, Shuvaly said it won’t deter her from running her business.

“I couldn’t close the café. It’s not going to break me as a Jew. I’m not sure if I’m the target or [if it’s] just because we are Jewish.”

Asked if she has a message to the perpetrators, Shuvaly replied, “They need to move on with their life, it happened a long time ago, we won’t let history come back.”

Anti-Defamation Commission chairman Dvir Abramovich said, “We need to make sure that we do not reach the point where Jews in Victoria will not feel safe walking the streets or in their businesses, yet the recent surge in hate and white-supremacists activity in our state, which is hitting an all-time high, is causing many to feel this way.”

“These bigoted thugs and their cowardly attempts at intimidation must not go unchallenged, and I hope … those responsible for this crime will be dealt with to the full extent of the law,” he added.

In January of this year, a man attacked a rabbi in Melbourne, Australia, and threatened that he would do “what Hitler did,” only because he picked up a cell phone when the two were at a red light.

The incident took place as the rabbi was on his way to synagogue, stopping at a red light and answering a call on his cell phone. Moments after he picked up the cell phone, a man in a nearby vehicle began to shout anti-Semitic epithets at him, “You should have died in Auschwitz.”

Later that month, an aged care facility that is home to Holocaust survivors and located in the Melbourne suburb of Caulfield was defaced with swastikas by a neo-Nazi organization.

In February, sites in Bondi Beach, located east of Sydney, were defaced with more than 20 swastikas.

In Case You Missed It:  ANALYST: USA / NATO deliberately provoking war escalation with Russia, and Putin may “leap” past a measured response and go right for the nukes
Posted in Freedoms and tagged Anti-Semitism, Australia, Freedom.

Tenth Anniversary of The Conservative Papers

Today marks the tenth anniversary of the first published post of The Conservative Papers appearing on the web. Ten years...