It’s been a good few months for the plant-based meat movement — so good that opponents of the fledgling industry are starting to mobilize. 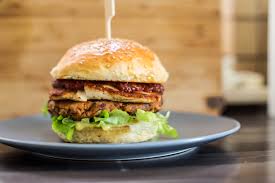 This week, a new law went into effect in Mississippi. The state now bans plant-based meat providers from using labels like “veggie burger” or “vegan hot dog” on their products. Such labels are potentially punishable with jail time. Words like “burger” and “hot dog” would be permitted only for products from slaughtered livestock. Proponents claim the law is necessary to avoid confusing consumers — but given that the phrase “veggie burger” hasn’t been especially confusing for consumers this whole time, it certainly seems more like an effort to keep alternatives to meat away from shoppers.

“The plant-based meat alternative category is on fire right now, with consumers demanding healthier and more sustainable options,” Michele Simon, the executive director of the Plant-Based Foods Association, said in a statement. “This law, along with similar laws in several other states, is the meat lobby’s response.”

The makers of meat alternatives are suing. In a lawsuit filed on July 2, they argue that since their products are already labeled “vegan,” no consumers are confused. If anything, the requirement that they avoid product descriptions like “veggie burger” makes things more confusing.

“There is no evidence that consumers are confused by plant-based bacon or veggie burger labels, and federal laws are already in place that prohibits consumer deception,” said Jessica Almy, director of policy at the Good Food Institute, an organization that works on expanding access to plant-based foods. “This law is a tremendous overstep of state powers.”

And that’s not the only problem. Food scientists are working right now on cell-based meat products, which are identical to meat from animals but grown from stem cells in a factory. Those products (which aren’t on the market yet) are meat in every relevant sense — most importantly, anyone with an allergy to meat will experience an allergic reaction to the products, and the items must be stored, refrigerated, and handled as meat. But under Mississippi’s current law, it’d be illegal to disclose that on the label.

This legal fight matters. Labeling laws like these have been discussed around the country, and courts will soon debate whether they’re constitutional. At the same time, federal regulators are looking to the states for cues about labeling laws for plant-based meat. Aggressive prohibitions could slow the growth of plant-based alternatives, which are badly needed.

The plant-based meat backlash is here

“This bill will protect our cattle farmers from having to compete with products not harvested from an animal,” said Mississippi Farm Bureau Federation president Mike McCormick in January when the bill passed in the Mississippi state House.

Mississippi isn’t the first state to consider this. Missouri passed the first such labeling law last year, and it was challenged in court by groups including the Good Food Institute and the American Civil Liberties Union, which argued that such a “content-based, overbroad, and vague” restriction on the language companies could use to describe their products was unconstitutional. The lawsuit is now in settlement talks.

Dozens of other states have considered similar laws since then. The laws are popular with farmers and ranchers, who see their business model threatened by the rising popularity of plant-based meat.

But plant-based meat advocates hope — and sellers of conventional meat fear — that someday, that might change. A more climate-conscious population is increasingly bothered by the carbon footprint and land use problems associated with conventional meat production, and economies of scale may enable plant-based meat alternatives to be more competitive on price. While that day is far off, and still quite speculative, the possibility has clearly spurred lobbyists to action.

But is that action constitutional? Past court decisions suggest it might not be.

Federal laws prohibit labeling food in ways that are deceptive to consumers. You can’t call a product gluten-free if it isn’t, of course, or call it “olive oil” if it’s not made from olives. When laws have tried to push beyond that, they’ve generally met a skeptical audience in the courts.

In a California case, the courts ruled that a claim that terms like “soy milk” and “almond milk” would confuse consumers was nonsense. “The crux of the claims is that a reasonable consumer might confuse plant-based beverages such as soymilk or almond milk for dairy milk, because of the use of the word “milk,” the USDistrict Court for the Northern District of California wrote, dismissing the case. “The claim stretches the bounds of credulity. Under Plaintiffs’ logic, a reasonable consumer might also believe that veggie bacon contains pork, that flourless chocolate cake contains flour, or that e-books are made out of paper.”

A Florida case directly examined free speech rights as they apply to food labels. Skim milk is routinely fortified with vitamin A (which prevents blindness, and which is removed in the skimming process). A law in Florida prohibited producers of milk and milk products from selling their products if the vitamin A was left out, demanding that milk without added vitamin A be called “imitation skim milk.” A small Florida milk producer sued, arguing that their product was skim milk and that they should have the right to label it that way. The courts sided with the milk producer.

Does it even make sense to say that a creamery or Tofurky manufacturer has a right to free speech? The answer is yes. The First Amendment can be applied to commercial speech — though the law is a bit complicated. In the 1940s, the Supreme Court ruled unanimously that there were no First Amendment protections for purely commercial speech. By the 1970s, the Court had reconsidered that, and overturned it in 1976.

In 1980, the Court supplied the rules for First Amendment protections on commercial speech that are still applied today. Those rules are called the “Central Hudson” test, because they were laid out in Central Hudson Gas & Electric Company v. Public Service Commission of New York.

Here are the rules: First, commercial speech “must concern lawful activity and not be misleading.” Supporters of Mississippi’s law might argue that the term “plant-based burger” is misleading, while opponents argue that consumers know perfectly well what a veggie burger is.

“There’s nothing misleading about the name of a veggie burger, or vegan hot dog, or seitan bacon,” Almy, a lawyer on the Missouri case, told me. “The packages clearly disclose that this is plant-based food that has the taste or texture of this familiar food.”

There’s a strong case that bans on “veggie burger” and “tofu sausage” labels don’t meet this standard. “There’s considerable evidence that the motivation for this law is protecting cattle farmers from competition,” Almy told me. That wouldn’t be considered a substantial state interest, and banning not just words like “beef” and “pork” but also ones like “burger” and “sausage” runs a risk of the conclusion that the law isn’t narrowly tailored. “There are lots of ways to make sure that consumers are clear on what they’re buying without banning whole categories of words,” Almy pointed out.

If Mississippi’s law is found unconstitutional, that’ll be good news for consumers. There is no sign they’re being tricked by the increasing prominence of plant-based burgers — if anything, they often seem to be seeking them out.

‘Let Us Provide Our Own Security’: Virginia Beach Manager Petitions for Guns at Work

Vincent Smith wasn’t in the office when a fellow Virginia Beach city employee opened fire there, ultimately killing 12 and...