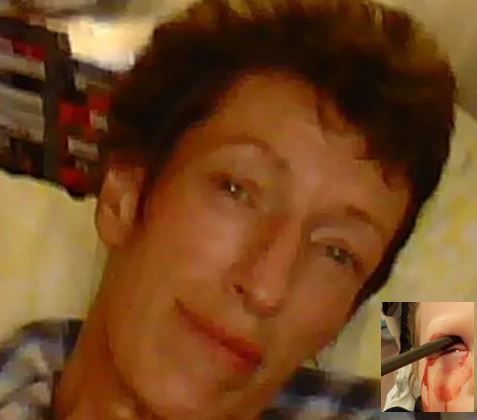 Environmentalist homosexual, Elena Struthers-Gardner, wanted to get rid of plastic straws to save the earth. She used a metal stray to ‘help the environment,’ only to one day fall on her own straw, get impaled and die. As we read in Live Science:

A woman in England died after falling onto a reusable metal straw, which pierced her head, and the tragic accident has renewed debate over bans on plastic straws, according to news reports.

The woman, 60-year-old Elena Struthers-Gardner, was carrying a glass with a 10-inch-long stainless-steel straw when she fell and the straw impaled her eye, causing fatal brain injuries, according to the Daily Echo, a British newspaper. Struthers-Gardner had scoliosis, or a sideways curvature of the spine, which made her prone to falls.

Struthers-Gardner died in November, and a coroner’s report on her death was released this week, according to The New York Times. The report called her death an accident.

Several U.S. cities and states have already banned plastic straws to reduce the plastic entering the environment, and a similar ban is set to take effect in England in April 2020, the Times reported.

But the bans have sparked concern among people with disabilities and their advocates, who say the bans make straws unavailable for those with disabilities who rely on straws to drink, according to NPR. In addition, the rigidity of reusable metal straws may pose safety risks.

“I just feel that in the hands of mobility-challenged people like Elena [Struthers-Gardner], or children, or even able-bodied people losing their footing, these [straws] are so long and very strong,” Mandy Struthers-Gardner, Elena’s wife, said in a statement, the Daily Echo reported. “Even if they don’t end a life, they can be very dangerous.”

In 2016, Starbucks recalled 2.5 million stainless-steel straws due to reports of young children who experienced mouth lacerations from using the straws, according to U.S. Consumer Product Safety Commission.

Brendan Allen, the assistant coroner involved in Struthers-Gardner’s case, also warned about the potential dangers of metal straws. “Clearly, great care should be taken when using these metal straws. There is no give in them at all,” Allen said.

He added that in this case, the metal straw may have been particularly hazardous because it was used with a lid that prevented the straw from moving. “It seems to me these metal straws should not be used with any form of lid that holds them in place,” Allen said. “It seems the main problem here is if the lid hadn’t been in place the straw would have moved away.”

A lot of these environmentalists believe in population control, so they should be happy about this.

The long knives are now out for Alexandria Ocasio-Cortez