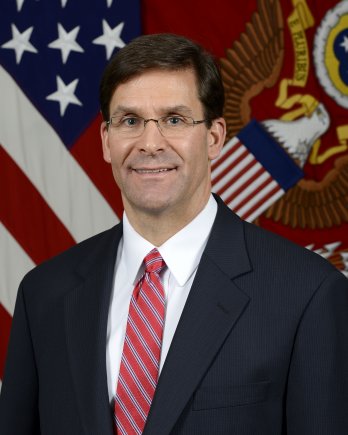 US President Donald Trump on Monday asked the Senate to confirm Mark Esper as the successor to former Defense Secretary Jim Mattis, reports The Associated Press.

The moment the nomination was received by the Senate, Esper was required to step out of his role as acting defense secretary — a job he has held since June — until he is confirmed as the permanent secretary. He reverted to his previous position of Army secretary.

Filling in for Esper pending his confirmation is Richard Spencer, who has been the civilian leader of the Navy since August 2017.

Esper will have his Senate confirmation hearing on Tuesday and could be confirmed as early as Thursday. Spencer would then return to the Navy, according to AP.

Esper took over as acting defense secretary in June when Patrick Shanahan abruptly quit after having served as acting secretary since Mattis departed.

Mattis resigned in December after two years in the job after a series of policy disagreements with Trump, climaxing with Trump’s decision to pull US troops out of Syria.

Sen: ‘I Stand with’ Trump; ‘Montanans Are Sick and Tired of Listening to…Radical Democrats Trash Our Country’

The citizens of his state are “sick and tired” of hearing Democrats attack America and its founding principles, Republican Montana...