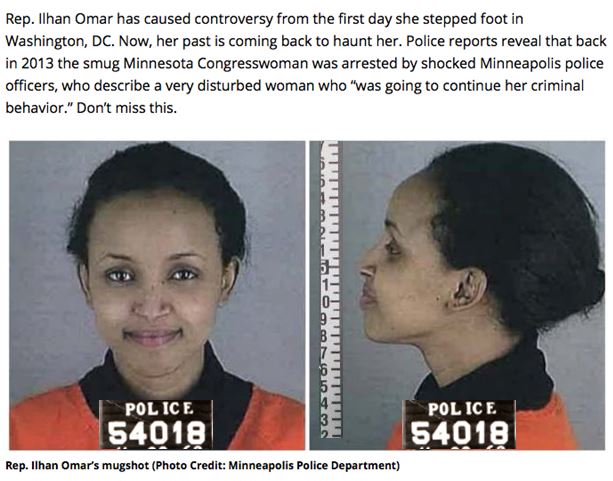 Alpha News from Minnesota released Part I of their Ilhan Omar investigation tiled “The Secrets of Ilhan Omar” on Tuesday.

The shocking video explores the myriad of evidence that a member of Congress Ilhan Omar committed Bigamy, Marriage Fraud, and Tax Fraud.

The video is currently posted on YouTube watch it before they remove it.

It should be noted that by American law — When a marriage fraud is discovered, not only might the immigrant face severe immigration consequences, but both members of the marrying couple may face criminal penalties… An immigrant who is found to have committed marriage fraud would likely be removed from the United States (deported).

Be a shame if this went viral pic.twitter.com/LXAoASl2AS

The Gateway Pundit was sent several updates on Ilhan’s story in the past two days. Our sources are hesitant to go public due to concerns of retribution from certain segments in the US Somali community.

What is interesting is that as Ilhan continues to deny her marriage to her brother there is clear evidence that she is lying.

The marriage certificate between her and Ahmed Nur Said Elmi has his birthdate as April 4, 1985.

Both Ilhan Omar’s 2009 marriage documents and her 2017 divorce proceedings state that Ahmed Nur Said Elmi was born on April 4, 1985.

After an extensive background search, I have not been able to find any other person named “Ahmed Nur Said Elmi,” “Ahmed N. Elmi,” or even “Ahmed Elmi” with the birthdate April 4, 1985. The man Ilhan Omar married and the 17- to 18-year-old who attended Arlington Senior High School in St. Paul, MN, in 2002-2003 are one and the same.