We Americans are currently in a civilizational state historians William Strauss and Neil Howe would call the “Third Turning”: an unraveling. The so-called Left is making it happen, too, with conservatives enabling it by conserving yesterday’s liberalism and being those nice guys who finish last. 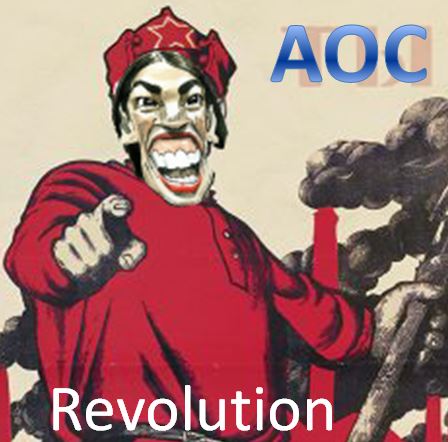 In Marxist circles, this stage would be called “destabilization” — the second of a four-part process to subvert a society and seize control. The first, third and fourth stages are, respectively, “demoralization,” “crisis” and “normalization.”

The demoralization stage, which essentially is the undermining of a target nation’s morality (the process of radically changing the population’s “values”) was actually “over-fulfilled” in the mid 1980s already, as Soviet defector Yuri Bezmenov put it at the time. This process continues and is manifested in the widespread antipathy for sexual propriety, faith and all that is great and good; and in the lust for perversion, socialism, feminism, multiculturalism, “transgenderism” and anti-Americanism in general. We see it in the tearing down of statues, removal of long-present Christian symbols, leftist propaganda and decadence in schools and entertainment, prioritizing of illegal aliens over citizens, revising of American history and impugning of whites; and in attacks on the Constitution, the Founding Fathers and all things traditional.

This destabilization of the American mind and moral compass now has begotten, as it must, societal destabilization. This is reflected in, most obviously, the flooding of our nation with unassimilable foreigners via a purposely porous border. This serves the Cloward-Piven goal of overloading the system to cause breakdown, necessitating replacement of it with, the theory goes, a socialist one.

Of course, this human flood strains schools, hospitals, and services and resources in general. But it’s also used for propaganda purposes, with simple efforts to enforce immigration law — ones pursued by Barack Obama himself — used to demonize ICE agents and the current administration. Vile, divisive lies such as claiming that detention facilities are Nazi-like “concentration camps” lead to hatred, violence, protests and terrorist attacks such as Saturday’s assault on a Tacoma, Washington, ICE facility.

This is part of the greater destabilization represented by physical attacks on, threats against and censorship of the Left’s political opposition, phenomena now being encouraged by media and facilitated by Big Tech as left-wing politicians and law enforcement turn a blind eye. Why not? This all serves to quash their political opposition.

Should this continue in both duration and increasing severity, we will eventually be brought to the “crisis” state, a relatively short stage in which there’s a revolutionary change of power.

To be clear, I don’t say that those fomenting this are “Marxists.” Doctrinaire Marxism is, well, so yesterday. Leftists epitomize the moral relativism imbuing our age and, as such, worship the Gods of the Shifting Goalposts. Oh, they’re not better than Marxists (they may be worse), but they have made a lateral move in lunacy. Today they’re sort of like the Marquis de Sade meets Stalin and the Stasi.

Nor are most of our “disruptors” — what Nancy Pelosi called on young people to be (be careful what you wish for, “Racist” Nan) — conscious of the process of which they’re a part or of its implications; like the Kronstadt sailors, they’re useful idiots.

Why, even most politicians — whether Liz Warren, Kamala Harris, Irish Bob (O’Rourke) or someone else — aren’t strikingly bright or knowledgeable and excel in only one area: power lust. In fact, I’m not sure there are too many bent-on-evil corporeal beings anywhere capable of grasping and orchestrating what’s befalling us.

It is tempting to call these miscreants “fascist,” a pejorative they use against the right, but this term is misunderstood. Fascism originated in Italy, with Benito Mussolini being one of its main founders (if not the primary one); Ol’ Bennie went this route, do note, after being expelled from the socialist party for advocating involvement in WWI.

Mussolini defined fascism thus, “All within the state, nothing outside the state, nothing against the state,” and our leftists certainly embrace that credo. Yet the Italian leader also said, “National unity has no need of the delirium of race.” That’s right:

Authentic fascism had no racial agenda.

Our leftists do, though (as did the Nazis), with their identity-politics “wokeness” and white-privilege blather. So what’s the best way to describe their “ideology,” if ever-shifting, emotion-determined positions can be thus described?

Yet while their wickedness won’t change, “If something can’t go on, it won’t,” to paraphrase economist Herb Stein. Leftists are orchestrating anarchy, but anarchy is never a permanent state of affairs. The destabilization, including the flood of illegals and tolerated street violence, will eventually be ended — if only by leftists themselves.

For once they achieve the total control they crave, they’ll no longer want anyone upsetting the apple cart because it’ll be their apple cart. This is the last revolutionary stage, normalization. It’s when the useful idiots, promised utopia and once so sure they’d be part of the “in” crowd when power was realized, get squashed like worms.

Below is a video of ex-KGB man Yuri Bezmenov discussing demoralization in America.

Bring Back Peace and Harmony

All the blood-spattered revolutions, Those led to one more and more tensions, But all failed and failed dimensions, Failed to...