A survey of employers and employees also shows widespread elimination of jobs and cutbacks in hours.

Nearly 1 out of 10 restaurateurs in areas with a recently increased minimum wage have closed an operation since the cost hike, and 71% have attempted to pass along the rise to customers by raising menu prices, according to new research.

The study, based on a survey of 4,000 restaurants and 112,000 employees, also found that 43% of establishments in areas where the minimum was raised have eliminated positions, and 64% have 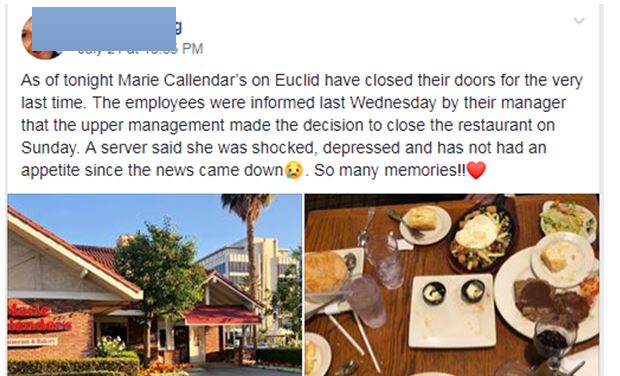 reduced employees’ hours. Roughly 1 in 4—26%—have turned to technology for relief, and 6% have opened commissaries with the expectation that centralized production will be more efficient labor-wise than preparation at the store level.

The research, compiled by management technology supplier Harri, counters the assertion of wage-hike advocates that increases are not as disruptive or financially damaging as the industry contends. They have argued that prevailing wages often already outstrip the mandated minimum pay per hour, that a rise in the pay floor would be a nonevent, and that the industry has repeatedly weathered increases despite its protests and dire warnings of bankruptcies each time.

“Wage inflation pressures are forcing operators to make harmful, short-sighted decisions to offset rising labor costs,” said Luke Fryer, Harri’s founder and CEO, in a statement. “Whilst we’re an advocate of a steady and incremental rise in the minimum wage, it needs to be at a velocity that enables operators to take the right approach and adjust strategically.”

In areas where the minimum wage was increased, 77% of restaurants made changes of some sort in their operations, from shutting down (9%) to reworking food and beverage items to reduce the labor each required (45%). In addition, 68% adjusted their policies and procedures for managing labor, from reducing hours—the most common response at 64%—to eliminating tipping, at 2%.

The research also directly refuted assertions that not many wages would actually have to be raised because market conditions had already driven starting rates above the legal minimum. The Harri study found that 88% of operators raised the hourly pay rates for employees already receiving more than the minimum, a move intended to maintain a differential between new hires and experienced staff members. For the majority of those workers, the raise varied between 5% and 15%.

Across the board, nearly a majority of operators (46%) saw labor costs rise between 3% and 9%, according to Harri. Twelve percent suffered upswings in labor costs of at least 15%.

Yet even with those sweeteners, turnover spiked by 35%, an apparent response to the greater workloads that employees shouldered after positions and hours were cut.

Excerpts from the study were released several weeks ago at the New York City Hospitality Alliance’s annual State of the Industry conference in New York City. The full report was issued last week.

Once widespread in France, topless sunbathing is going out of fashion, a survey has shown, with fears about harassment, body...