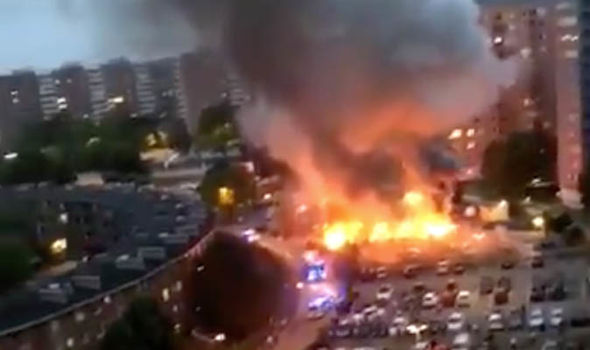 Multiculturalism is destroying Sweden, migrants are running around raping, killing and even blowing up things now.  Police in Sweden are  investigating yet another string and a series of separate incidents that unfolded just Thursday night alone across the country, including a grenade attack, car fires, and a potentially imminent bombing, according to reports.

In Sweden they call an explosion by hand grenade at a restaurant, “Thursday night”. Sometimes it hard to sell if this is Sweden or Mogadishu.

In Gothenburg, police have confirmed that an explosion in a restaurant was caused by a hand grenade. Things are so bad even the CEO of Volvo warned that the Swedeish company is considering moving its headquarters out of Gothenburg, Sweden in the future, due to a rise in violent crime from Migrants.

“We can now conclude that the object detonated inside the restaurant Thursday was a hand grenade thrown in through a screen,” a police report explains. “No one is currently arrested and investigative work continues.”

In the Stockholm suburb of Solna, a suspicious object was discovered in a stairwell near a subway station by a passerby.

The object was determined to be an explosive device which had not yet detonated.

“At lunchtime on Friday, the National Bomb Guard found that the item actually contained explosives.”

In Trelleborg, five vehicles were incinerated in the second mass car fire in as many nights in the town.

Police were unable to determine the cause of the fire, but believe it was intentionally set and could be linked to the previous night’s fire.

Cars have been burning virtually every night for the past month in nearby Malmö and Lund, according to Kvällsposten.

Scandinavia, which is being completely taken over by white-hating, migrants whom has no respect for the infidel Swedish people.

Native Swedes are becoming increasingly fearful about reporting crimes committed against themselves by  migrants because they don’t want to be falsely accused of committing a “hate crime” and attacked and ridicule by the left.  Migrants are aware of this, and free to roam the street of Sweden and do as they please. 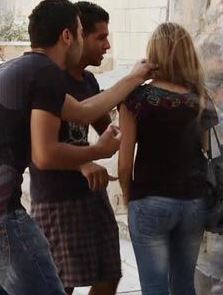 Take the average day in the picturesque Swedish university city of Uppsala. Today 80% of White Swedish girls do not feel safe in the city center. One 14-year old teenager, who is afraid to reveal her identity, told the Swedish media that she always wears running shoes so that she can ‘run faster’ if she is attacked by migrants.

If you’re victimized or raped as a white Swedish by a migrant person, you could be accused of “racism” for reporting it and seeking justice.  Making life more like Saudi Arabia where the rape victims are punished.

Many of the resources are being spend on Migrant welfare the Swedish government is cutting down on the police’s resources.

Former Director James Comey tweeted about his ‘friend’ Robert Mueller hours before Mueller’s testimony in front of Congress, but he...