Ninety percent of the racism in America today comes from the Democratic Party and the Left.  They live off it and exploit it.  It is unconscionable to the degree they do this, ruining the lives and futures of the very people they say they are helping in the process.

I am uniquely positioned to say this because I spent most of my life on the Left and was a civil rights worker in the South in my early twenties. I was also, to my everlasting regret, a donor to the Black Panther Party in the seventies.

So I have seen this personally from both sides and my conclusion is inescapable.  The Left is far, far worse. They are obsessed with race in a manner that does not allow them to see straight.  Further, they project racism onto others continually, exacerbating situations, which in most instances weren’t even there in the first place.  From Al Sharpton to Hillary Clinton, they all do it.

Barack Obama is one of the worst offenders in this regard.  Recently, in reaction to the horrid actions of the deranged, but solitary racist Dylann Root, the president claimed racism is in our DNA.

How could he possibly utter such nonsense and who was he talking about?  The majority of Americans are from families that came to this country after slavery existed.  Many of those were escaping oppression of their own.  In my case my family was fleeing  the pogroms of Eastern Europe.  Many of the members of my family who stayed behind ended up gassed in Auschwitz or exterminated in Treblinka.

Is Obama telling me that racism is in my DNA?  What a wretched and insulting statement.  If he means that, he should tell it to me face-to-face.

If he does, I will tell him what I think.  The racial situation in this country has gotten decidedly worse since he took office.  And he is a great deal to blame.  Ever since the beer summit it was obvious he was disingenuous and harmful on the subject of race, seeking to stir the pot when it was actually empty or nearly.  His claim that if he had had a son he would look like Travyon Martin was ridiculous and self-serving in the extreme.  Barack Obama is a product of the fanciest private school in Hawaii and his children go to Sidwell Friends, the fanciest school in D. C.  He takes vacations on Oahu and his wife parties in Switzerland. He had as much in common with Trayvon as I do with the 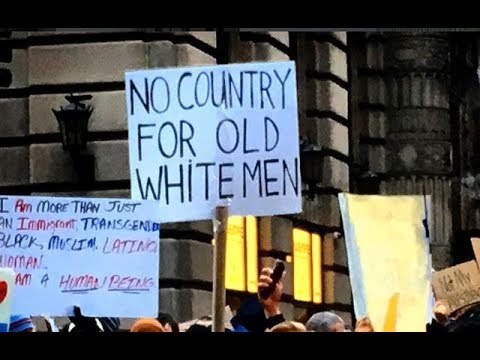 Why would Democrats ever stop exploiting race? Why would the dysfunctional party of grievance hustlers give up such an advantage as it now obvious after seven years of Obama they can’t do anything else? Accusations of racism works.

Adjusting for population differences, black perps commit crimes on white victims 25X the rate that whites commit on black victims. For aggravated assault in particular the black on white rate is 200X higher than white on black.

I know very few from the Right that dare even make mention of this glaring fact. When you’re that cowardly and spineless, perhaps you deserve to be browbeat into submission.

Ask Yourself: What Did I Do For The Beit HaMikdash Today?

Ask Yourself: What Did I Do For The Beit HaMikdash Today?     By Ariel Natan Pasko   What...