And let’s not forget that all roads lead to Obama

Last week the country witnessed Special counsel Robert Mueller stumble through an embarrassing seven-hour gauntlet of questions he couldn’t or wouldn’t answer. Thus ended another one of the many failed attempts by Democrats to pin Russian collusion and obstruction charges on the President. But the attacks won’t stop.

Like children who throw marathon fits because they refuse to accept the fact that their parents are not going to purchase a particular toy, Democrats have cried and whined and have initiated one failed investigation after another in the hopes that the outcome of the 2016 Presidential election will somehow magically change. 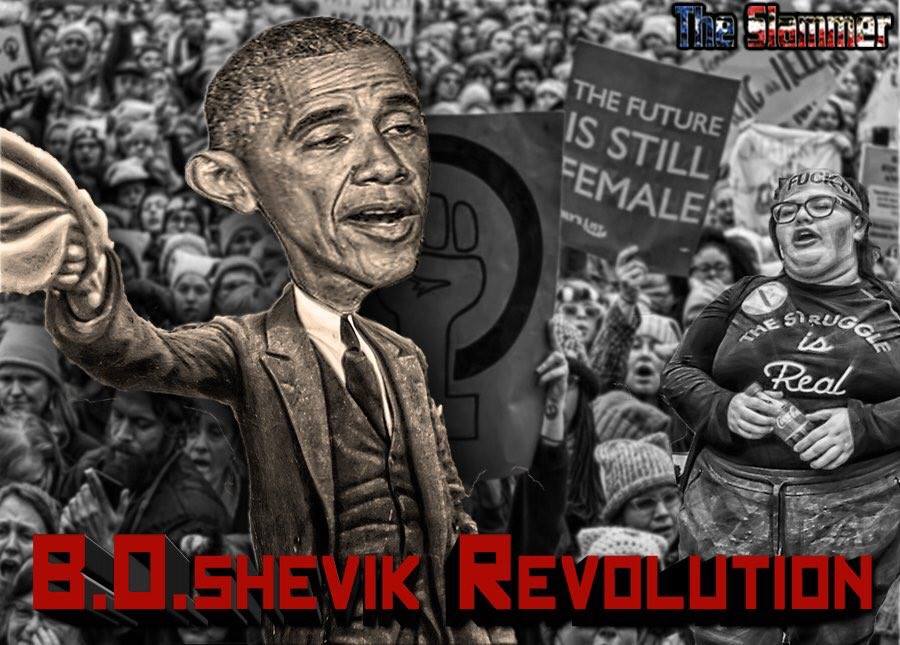 It’s a very similar situation that is unfolding across the nation where the proteges of the leftist Democrats called Antifa act out their tantrums with street violence. The longer the country remains a Republic with a capitalist economic system, the more Antifa physical assaults innocent citizens and causes millions in property damage.

Regardless of what the Leftist propaganda media networks have been reporting (spinning), conservatives have not retaliated regarding the assaults on them.  So far it has been a one-sided onslaught by the Left on the rights and lifestyles of conservatives.  Unfortunately for the country, that might be changing.

Conservatives have always had to be the adults of society. For the most part, conservatives are the ones busy working, raising families, and contributing to society.  Their tolerance levels regarding attacks on their way of life usually are high.  But the pressure cooker can only support so much force before it explodes. And two factors are turning up the heat, making violent clashes with the left more of a reality than ever before.

The never-ending, unrestrained drain on the assets of the middle class through increased taxes have forced many conservatives to move out of their homes and neighborhoods, disconnect from family and friends by working longer hours and forfeit needed recreation time.  Many companies in large cities such as New York and Los Angeles have had to lay off thousands of workers; Many from the middle class, as they relocate away from the burdens of higher taxes.

Left has eliminated the ability for conservatives to express their opinions

Conservatives have had to endure all of this while witnessing massive resources being funneled to those who have entered the country illegally as well as other unproductive members of society who are provided with free healthcare, education, and housing.  Secondly, middle-class conservatives have always been taken advantage of,  but what is different this time around is the complete disregard for responsible spending along with the matter-of-fact way in which politicians proudly describe how middle-class tax dollars will be used to undo the family values and societal morality that America has always stood for. Conservatives are asked to fund their demise and like it.

There are many ways a free society can diffuse or de-escalate tensions between forces of opposing views. Communication is one of those ways. It allows for both sides to be heard and to voice their opinions as well as their desired solutions. The Left has all but ended any possibility of dialogue by their constant, many times violent, methods that eliminate communication.  Shutting down conservative speech on college campuses by intimidating conservative students wanting to assemble together to fiercely protesting and banning scheduled conservative guest speakers.  The acceptable degrading and dehumanizing language of the Left towards any person with a different viewpoint is also meant to shut down the conversation.

Also, the Left has eliminated the ability for conservatives to express their opinions via the public forum since they have a virtual monopoly on print and television venues. And it is not enough that conservative opinion has little chance to see the light of day in major leftist media outlets but now social media forums like facebook, twitter and youtube are censoring as well as banning conservative viewpoints.

The avenues remaining where conservatives can communicate with one another as well as the rest of society are vanishing faster than a hard drive containing Hillary Clinton’s subpoenaed emails. No sane person wants to see violence, but unless those circumstances change, there will be a backlash from the right-wing establishment that will make an Antifa protest look like an old fashioned cookout.

Along with the stopping of communication is the zero chance Conservatives have of finding any remedy to the one-sided justice system that will place conservatives behind bars for minor offenses and allow leftists who have clearly committed several felonies never to see a day in court.

The Left has destroyed nearly every opportunity that a civilized society has at its disposal to alleviate hostilities.  And it is the Left that complains about violence. Communication between the parties must open up and open up quickly. Conservatives must seriously consider investing time and effort into creating a full-scale media source.

Specifically, it is essential that President Trump is re-elected and it is also critical to the health of the Republic that justice is served to those who have broken the law starting with the Jussie Smollett case.  Also, when it is determined, as it will be, that the D.O.J. under Obama was compromised, the case against Hillary Clinton must be reopened and all those involved in perpetrating the most significant fraud on American society. ie. Former F.B.I. Director, James Comey, former Deputy Attorney General Rod Rosenstein, former Special Agent Peter Strzok, former C.I.A. Director John Brennan and former Director of National Intelligence James Clapper must all see the inside of a jail cell.  And let’s not forget that all roads lead to Obama.  These steps are fundamental not only in avoiding real violence but of building trust back into the American system of government.

The US Senate on Wednesday approved Kelly Craft to be the US ambassador to the United Nations. The Senate voted...