Vitamin C has a broad spectrum antioxidant function with the ability to protect cell structures and DNA from free radical damage. Vitamin C is remarkably safe even in enormously high doses. Compared to commonly used prescription drugs, side effects are virtually nonexistent. 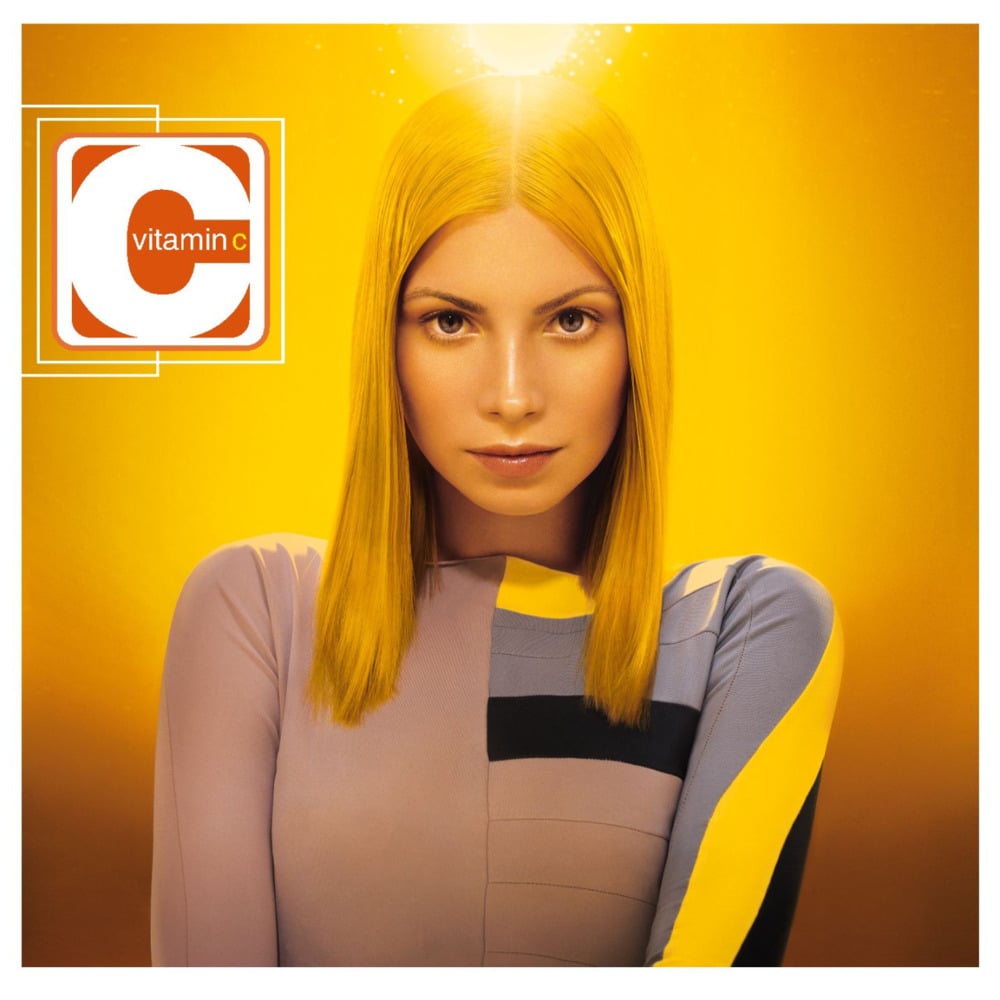 No matter how high the concentration, vitamin C does not harm healthy cells. Yet, through an array of enzymatic and metabolic reactions, vitamin C has an impressive ability to protect and treat and wide range of diseases, including cancer. When something is this effective at treating disease, the FDA will stop at nothing to prevent public access.

The benefits of long-term vitamin C consumption in excess of the U.S. government recommended daily allowance (RDA) are widely acknowledged and include reduced risks of cancer, cardiovascular disease and cataracts.

He used massive doses of vitamin C for more than 40 years of family practice. Many practioners who practice with IV vitamin C consider the treatment more effective than any vaccine ever invented.

Vitamin C particularly has a leading antioxidant role in the intercellular space surrounding each cell. It also has the ability to regenerate and optimize other key antioxidants such as vitamin E.

It is a water soluble vitamin scientifically known as ascorbic acid (reduced form). Its absorption is relatively efficient at 70-90% for low doses. Any excess vitamin C that is not absorbed in the digestive tract is excreted. This prevents overdose by oral ingestion.

In Case You Missed It:  The CW Is a Garbage Network that Peddles Lies and Propaganda

In the 1970s, doctors Ewan Cameron, Nikolaas Campbell, and Linus Pauling were the first to report the use of high dose vitamin C to treat terminally ill cancer patients. They found that IV and oral treatments increased survival times compared to those patients who did not receive treatments.

Since the initial studies by Cameron and Pauling, the exact anti-cancer mechanism of vitamin C has been studied and clarified.

Considering the various functions of vitamin C in the human body, two distinct modes of action have been identified when it comes to cancer. For prevention, vitamin C has antioxidant effects that protect key cellular structure and functions.

It also prevents the formation of dangerous cancer-causing compounds. The dose to achieve an antioxidant effect is low (under 2 grams) and is achievable by dietary intake or oral supplementation.

The second mechanism of action is actually a pro-oxidant effect. Doses above 15 grams are proven to have a “pro-oxidant” effect by generating hydrogen peroxide, which in turn selectively destroys cancer cells.

High doses of vitamin C are preferentially delivered to the areas surrounding the tumour because the vitamin molecule looks similar to a sugar molecule and cancer cells have an increased demand for sugar to fuel their unregulated growth.

When in the area surrounding the cells, the vitamin C molecule reacts with a metal ion such as iron or copper and forms a hydrogen peroxide molecule that damages the cancer cell.

Over and above the pro- and antioxidant effects, vitamin C has been shown to regulate cell division via the p53 protein (essential in cancer treatment and prevention), improve immune response, and reduce the severity of cachexia (weight loss due to cancer).

Linus Pauling, PhD, and Ewan Cameron, MD, published a case report about 100 terminal cancer patients who had been treated with high-dose IV and oral vitamin C. The patients who received this therapy survived an average of 300 days longer than a control group of patients with similar disease status, and 22 percent of them lived longer than one year, compared to just 0.4 percent in the control group.

Based on these results, Dr. Pauling convinced the National Cancer Institute (NCI) to evaluate this therapy in a clinical trial of patients with advanced cancer. But when the results were published, vitamin C showed no therapeutic value.

Why? Because rather than using IV and oral vitamin C as Drs. Pauling and Cameron had done, the NCI used oral vitamin C alone. Of course the study failed–it’s impossible to achieve the requisite blood levels with oral doses.

In Case You Missed It:  Kentucky Family Placed on House Arrest for Believing They Lived in Free Country

The body tightly controls levels of this vitamin by limiting intestinal absorption. Intravenous administration bypasses this control mechanism, and blood levels rise in a dose-dependent manner.

For example, 10 g of IV vitamin C raises blood levels 25 times higher than the same dose taken orally, and this increases up to 70-fold as doses get larger. Nevertheless, the flawed study gave conventional doctors an excuse to shun vitamin C, and to this day they dredge it up as proof that vitamin C is ineffective as a cancer therapy.

Mark Levine, MD, a researcher at the National Institutes of Health has done a great deal of work on the mechanisms of vitamin C in the treatment of cancer. It was Dr. Levine’s team that figured out exactly how vitamin C kills cancer.

Vitamin C interacts with iron and other metals in the extracellular fluid (as opposed to within the cells) to create hydrogen peroxide. Hydrogen peroxide plays a vital signaling role in the immune system, marshalling white blood cells to sites of injury or disease.

In high concentrations, it does much more. Hydrogen peroxide damages the DNA and mitochondria of aberrant cells, shuts down their energy supply, and kills them outright. Best of all–and unlike virtually all conventional chemotherapy drugs that destroy cancer cells–it is selectively toxic. No matter how high the concentration, vitamin C does not harm healthy cells.

How much vitamin C is an effective therapeutic dose? Dr. Klenner administered up to 300,000 mg per day. Generally, he gave 350 to 700 mg per kilogram (2.2 pounds) body weight per day. Dr. Klenner emphasized that small amounts do not work.

The dosage and route of administration of vitamin C is essential to determine if it has a direct anti-tumour action or a supportive, antioxidant function. The levels needed to achieve direct tumorcidal effects are at least 200-1000 micromol/L. To achieve these higher anti-cancer levels, IV doses of 25-50 grams are required. 50 grams of IV vitamin C can achieve a plasma level of over 14,000 micromol/L. Oral supplementation is insufficient due to very limited absorption in the digestive tract.

Plasma vitamin C levels peak after 200 mg of oral supplementation, and maximal oral dosing before loose stools occur is around 4 grams. Oral absorption can be increased if doses are split up during the day, taken with a meal, or in a sustained released formula. Even when using the same 10 gram dose, intravenous administration achieved a 50-150 fold greater plasma vitamin C level compared to oral supplementation.

Vitamin C (and in turn hydrogen peroxide) levels peak within 30 minutes after IV administration and then return to normal within 24 hours. This makes the direct anti-cancer treatment effective for only a short period time and therefore frequent treatments are needed.

In Case You Missed It:  Flaw in Manufacturer’s Testing System For Coronavirus Used by Labs Across the US Causing False Positives

The benefit of this is that other therapies can be used in short succession after vitamin C without fear of interactions. Most integrative oncologists recommend IV treatments once or twice a week, with oral supplementation on all the other days, for at least 12 months, with regular lab testing to assess tumour markers and progression.

A number of review papers and case studies by integrative cancer physicians and researchers have reported improved cancer survival times and quality of life, and even tumour regression in some cases, after weekly IV vitamin C treatments done consistently over 12 months or longer.

Now the FDA is reported to be prohibiting small pharmacies from manufacturing or distributing injectable vitamin C. This is regardless of the fact that vitamin C is a powerful healing substance that is great for a lot of health conditions.

Not only is the FDA seeking to eradicate use of IV vitamin C, but they are also working to ban injectable magnesium chloride and injectable vitamin B complex 100 as well. These substances are used to make what is called ‘Myers Cocktail‘, which is used for conditions like chronic fatigue syndrome, hepatitis, AIDS, mononucleosis, and influenza.

A sure sign of a powerful therapeutic agent is when the FDA tries tot shut it down.

Their reasoning has nothing to do with safety, as vitamin C has continually proven to be one of the least toxic nutrients in foods and liquid forms have a safe history of use. Instead, the FDA is banning IV vitamin C because it can’t be patented, and can’t be taken through the FDA’s approval process for a “new drug.”

While oral doses can correct deficiencies and maintain antioxidant levels within the body, IV infusions are required to reach pro-oxidant, anti-cancer plasma levels. To harness maximum benefit, both oral and IV treatments are needed to take advantage of the wide range of anti-cancer effects. While more studies are needed, there is a large body of evidence proving that it is a effective vitamin that can play a major role in an integrative cancer treatment plan.

The United States is withdrawing this week from the Intermediate-Range Nuclear Forces Treaty, a 31-year-old agreement with Russia. The decision...