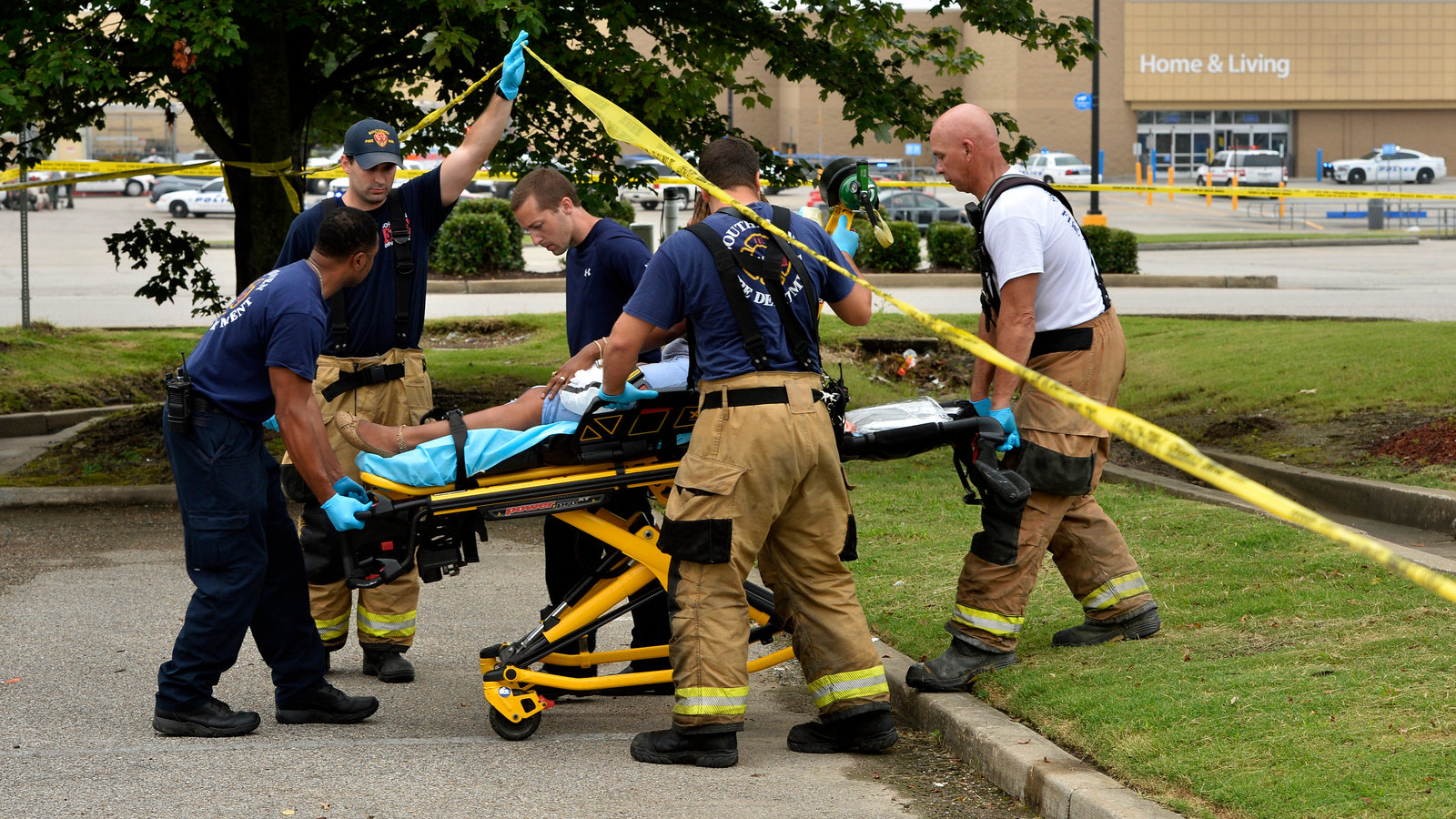 EL PASO, Texas Twenty people were killed and dozens more injured on Saturday morning in a massacre at an El Paso, Texas, Walmart that was packed with back-to-school shoppers, making it one of the ten deadliest mass shootings in U.S. history, officials said.

An officers on the scene say that 20 people are dead at the scene. An updated number of injured has not been given by EPPD. We are waiting to confirm from an El Paso Police spokesperson.  El Paso Police say anyone looking to reunite with loved ones who may have been inside the Walmart or Cielo Vista Mall are asked to gather at MacArthur Intermediate School located 8101 Whitus Dr. The Bassett Place Mall was also being evacuated as a precaution.

The wounded ranged in age from a 2-year-old child to an 82-year-old victim.

The suspect was identified by authorities as Patrick Crusius, 21, of Allen, Texas.

He was “taken into custody without incident” and without any law enforcement officers firing their weapons, according to El Paso Police Department Sgt. Robert Gomez. The alleged shooter’s motives remains unknown, Gomez said.

At a news conference on Saturday night, El Paso police Chief Greg Allen said that 20 people had died and 26 more had been injured. Allen said that law enforcement officials were reviewing a manifesto posted by the alleged shooter and that the massacre was being investigated as a possible hate crime.

We're in shock over the tragic events at Cielo Vista Mall in El Paso, where store 2201 & club 6502 are located. We’re praying for the victims, the community & our associates, as well as the first responders. We’re working closely with law enforcement & will update as appropriate.

Shopper Vanessa Saenz described the shooter in an interview with ABC News Radio as dressed in cargo pants and a black t-shirt, wearing ear protectors and said he looked like he was “dancing.”

Moments later, Saenz saw a woman a few feet away fall to the ground.

She then described seeing victims near the shooter who became cornered — with nowhere to run — and then watched the gunman raise a rifle, aim it at them and start firing.

#Update: Just in – Video footage of police clearing out the entire Cielo Vista Mall in El Paso, #Texas. Where a gunman who is still at large shot at least 18 people and one person dead in a #Walmart and on a parking lot. pic.twitter.com/tqb0iKwNmh

BANGKOK—Brushing aside repeated entreaties from U.S. Secretary of State Mike Pompeo for a meeting, North Korea was a no-show this...