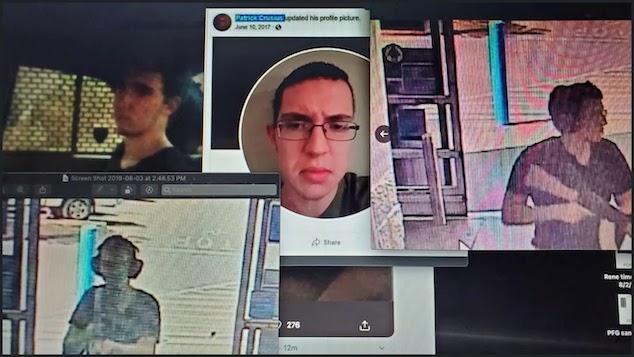 Crusius published a manifesto before his shooting spree.

It is clear from his words that he is a PROGRESSIVE white nationalist – what was once defined as a “Nazi.”

This is not to say he’s a Democrat or a Republican, but he is without question a progressive.

All you have to do is read his manifesto to see the obvious tell-tale signs.

Under his section titled “Economic Reasons” for the attack, the shooter states:

“In the near future, America will have to initiate a basic universal income to prevent widespread poverty and civil unrest as people lose their jobs (to automation). Joblessness is in itself a source of civil unrest. The less dependents on a government welfare system, the lower the unemployment rate, the better. Achieving ambitious social projects like universal healthcare and UBI would become far more likely to succeed if tens of millions of defendants are removed.”

Now THAT is some Nazi level stuff right there. Kill the undesirables so we can have our glorious government programs!

His was an act of environmental terrorism as well:

Not exactly sounding like a Republican, but this next quote does remind me of one of the parties:

“I am against race mixing because it destroys genetic diversity and creates identity problems….But the idea of deporting or murdering all non-white Americans is horrific. Many have been here as long as the whites, and have done as much to build our country. The best solution to this for now would be to divide America int a confederacy of territories with at least 1 territory for each race.”

Huh. Where have we heard about a confederacy in the past? We’ll have to think on that one.

The fact is, this guy is the real deal NAZI. He’s a white nationalist socialist, and this is EXTREMELY inconvenient for progressives because he throws progressive history right in everyone’s faces.

No wonder progressives are running from this story, and begging you to run from it as well.

Patrick Crusius has a profile on MyLife.com.

MyLife is an American information brokerage founded in 2002 as Reunion.com. MyLife gathers personal information through public records and other sources to automatically generate a “MyLife Public Page” for each person, described by MyLife as a “complete Wikipedia-like biography on every American.”

At 2:46 PM today MyLife had this profile for the deranged killer Patrick Crusius.

His original profile at 2:46 said he was a registered Democrat.

At 2:50 PM leftists changed his political affiliation from Democrat to Republican.

At 2:52 his profile was changed again.

His description now says he is a Republican and QAnon member.