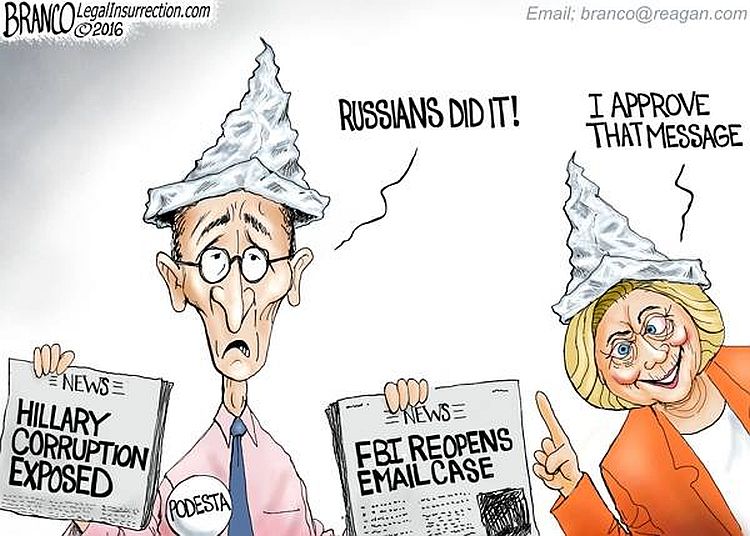 Sunday morning, while the nation’s eyeballs were glued to El Paso and Dayton, crucial details emerged about the vile plot executed by agents of the US intelligence community in order to carry out the Russia Hoax.  In an interview of former House member Trey Gowdy by Maria Bartiromo, we got a preview of some of the smoking guns that are contained in transcripts that remain classified – for now.

[Recall that President Trump has given Attorney General William Barr the power to declassify documents, and Barr has appointed US Attorney for Connecticut John Durham to investigate and prosecute and crimes associated with the obtaining of the FISA warrants and other crimes.]

Maria Bartiromo has immersed herself in the details of the Russia Hoax, and has used her weekly Fox News program, Sunday Morning Futures, to tease out details of information from current and former Republican congressmen who have seen documents and interviewed witnesses that the public has not yet had access to. The picture that emerges is ugly, indeed.

Yesterday in an interview with former House oversight committee chairman Trey Gowdy, she exposed new details – outrageous behavior by a US intelligence asset – in the setting up George Papadopoulos in order to obtain a FISA warrant to spy on the Trump campaign and (unsuccessfully) attempt to lure him into a chargeable crime.

She focused on a still-classified transcript of George Papadopoulos speaking with Stefan Halper, the Cambridge academic who has reportedly received a million dollars for serving as an intelligence asset over the last several years.  Gowdy had read the classified transcript when he was chair of the House Oversight committee and is constrained in speaking about its details. But Bartiromo skillfully worked around his constraints to provide a picture of the shocking trap the transcript reveals, by quoting George Papadopoulos’s account of the conversation.

The video is embedded below, but here is the essence of that portion of the conversation in my transcription:

“George Papadopoulos told me last night that the memo and the transcript that you are referring to is from a conversation that he had with Stefan Halper and it was in London. The Sofitel Hotel in London, where Stefan Halper told him something like ‘Russia has all these transcripts, all these emails of Hillary Clinton, and when they get out, that’d really good for you, right?’ Would you help? That’d ne really good for you and the Trump campaign if all those emails got out, right?’

“And George Papadopoulos answered and said, ‘That’s crazy! Are you kidding me? That would be treason. People get hanged for stuff like that. I would never do something like that.’

That is the transcript that George Papadopoulos told me is still classified.”

Following this, Bartiromo acknowledged that Gowdy cannot comment on the contents of classified documents, but asked him if such exculpatory information should be provided to a FISA court, and he replied,

“Only of you want a justice system that is fair….”

“What you just described is textbook exculpatory information….

“What you just described is one transcript… there are others.”

According to this account, which Gowdy did not dispute, Papadopoulos is a patriotic hero, indignantly rejecting the trap laid by a vile agent provocateur. Yet, this information apparently was withheld from the court, in order to paint a picture of intrigue that required spying on a presidential campaign. That picture was 180 degrees opposite of the realty of the situation. When that transcript is declassidied and revealed, perhaps in a trial, the reaction to the abuse of a patriot by a intelligence operative will be strong. All in good time, in the 15 months we have left before voters decide on who should hold the reins of political power.

Here is the video of the interview, starting after a discussion of the shootings in Texas and Ohio.

Following this discussion, Bartiromo asked Gowdy about his friend John Ratcliffe’s treatment after being nominated for the DNI job. Gowdy revealed that it was both the lack of support by Senator Burr, chairman of the Senate Select Committee on Intelligence, and Senate Majority Leader Mitch McConnell that led Ratcliffe to withdraw his name from consideration. His comments about first opposing Ratcliffe and then comng to admire him are well worth hearing.

In Case You Missed It:  More Taiwanese now dying from covid VACCINES than from covid itself... meaning Big Pharma is more dangerous to Taiwan than the CCP
Posted in Freedoms and tagged Election, Russia.

Contributing Factors in Our Moral Decay By Selwyn Duke In the El Paso shooting’s wake, evident is the same wash-rinse-repeat pattern....