The term “mass shooting” is often invoked by the media, elected officials and pundits following acts of gun violence that injure or kill multiple people. 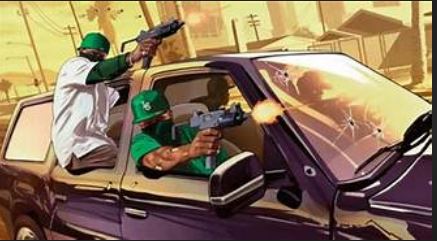 But there’s no universal standard for how the term is used.

The weekend shootings in Dayton, Ohio, and El Paso, Texas, where nine and at least 22 people were gunned down, respectively, clearly fits the term.

But some want to know why two shootings on the West Side of Chicago over the weekend — one that injured seven people in Douglas Park and the other, just blocks away, that left one man dead and seven others injured — were not labeled mass shootings.

Here’s what some experts who study gun violence had to say about the issue:

— Even researchers disagree about what standard to use

Different organizations use a variety of measures to determine whether an act of gun violence meets the criteria of a mass shooting. The Gun Violence Archive, a nonprofit data collection group, employs a broad definition, characterizing every incident in which there are four people hurt or killed as a mass shooting, Executive Director Mark Bryant said. Yet other online databases that keep tabs on mass shootings use narrower criteria that differentiate injuries and deaths. The one maintained by the news organization Mother Jones defines a mass shooting as a single incident in which at least four people are killed in a public place.

How you define the term results in vastly different counts: The Gun Violence Archive has tallied 255 mass shootings in 2019 so far, while Mother Jones lists the number at seven.

Some databases also exclude gang-related or domestic shootings. Most counts also don’t include the shooters when they’re killed or injured.

— The federal government does not offer much guidance

While the FBI has set guidelines for what it considers to be “mass murder,” the agency has not established criteria for what amounts to a “mass shooting.” Nevertheless, these terms are often conflated, said James Alan Fox, a criminologist at Northeastern University.

A report published in 2015 by the Congressional Research Service said the FBI has traditionally defined a mass murder “as a multiple homicide incident in which four or more victims are murdered, within one event, and in one or more locations in close geographical proximity.”

Following the 2012 shooting at Sandy Hook Elementary School in Newtown, Conn., Congress changed the definition of mass killing to encompass single incidents in which three or more fatalities occurred, according to the report and Fox.

— Few people are refining the language

Sherry Towers, a statistician at Arizona State University who studies gun violence as a public health issue, said too few researchers are delving into the topic to reach consensus about what constitutes a mass shooting.

Little federal money is available to support this research, Towers said, because of a 1996 measure known as the Dickey Amendment that dramatically curbed the amount of grants that could be awarded to such projects.

As a result, Towers said, “there are not that many people who do firearms violence research in the U.S.”

Researchers on both sides of the spectrum say that data about mass shootings can be misleading if not presented with a clear methodology.

Politicians who want to downplay the frequency of gun violence will rely on the narrow definition of mass shooting, Bryant said.

Fox said that other violent acts, such as arson cases that claim multiple lives, do not garner the same international attention as shootings with fewer victims.

“Anytime guns are involved, it brings up a whole political debate, and it comes to the forefront of the discussion,” Fox said.

Terror in El Paso and Dayton

Back-to-back mass shootings over the weekend left the nation in deep mourning and grasping for answers. In today’s episode, we...