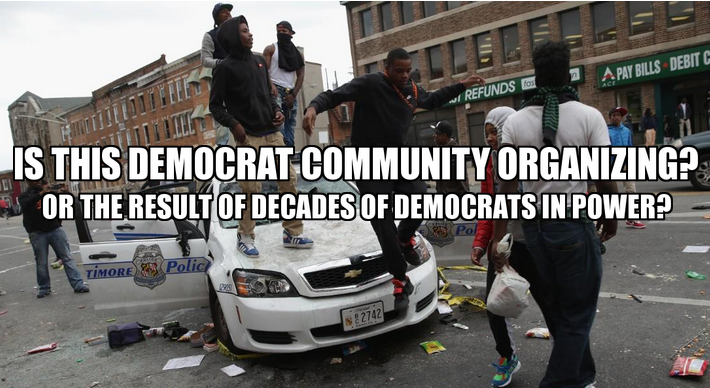 I recently had a lunch meeting with a client of 25 years who is a lifelong member and financial supporter of the Democratic Party.  While we managed to avoid politics as best we could, the inevitable subject of Donald Trump and the Democratic presidential field reared its head.   Once my friend got past the usual left-wing talking points about Trump, I asked him a simple question.  Given the current state of the American Left and their domination of the Democratic Party would the Democrats be able to govern a nation of 330 million people the size of the continent of Europe if they assumed all the reins of power in Washington D.C.?  I was met with a blank stare and a stammered “I really don’t know.”

So, for the benefit of my friend and his fellow Democrats and leftists some further questions to help them answer that fundamental inquiry.

This same cabal that would be charged with governing the nation has, for the past three and a half years, marginalized, physically confronted and repeatedly accused 63 million Americans who voted for Donald Trump of being not only racists but fascists and white supremacists, as well as homophobic, xenophobic and among the most vile people on the face of the earth.  What will be their intentions for these rightfully incensed citizens?  Ignore them and hope they go away (which they will not)?  Or succumb to their base in order to stay in power and continue to vilify nearly half of the voters in 2020, thus potentially fomenting serious ongoing confrontations and retaliation.

Over the years 154 million fundamentalist, evangelical or Catholic Christians have been denigrated, mocked and pilloried for their beliefs as religious liberty is under continual assault by the Left and the Democratic Party.  What can this segment of society look forward to under a government committed to promoting unfettered abortion and infanticide as well as a determination to purge society of its basic Judeo-Christian foundation?  It is almost certain that the hierarchy of the party, in order to placate their base, will continue, by litigation, administrative decrees, and intimidation, to force their secularism on the nation.   How will they respond to what will be increasing anger and resentment by 48% of the population?

In a nation of 330 million people there will always be those who will commit mass murder.  When and if the current iteration of the Democratic Party takes over, these occurrences will increase.  The left has always blamed rhetoric and guns as the primary causation.  Thus, when mass murders occur, a Democratic Party in power will have no choice but to appease their left-wing voters (the bulk of their base) and continue to ignore underlying factors such as societal breakdown and mental illness and actively focus on limiting speech and gun control.

Currently 235 million Americans either own or could see themselves owning a gun. How will the Democrats in power go about confiscating guns in a nation of 3.8 million square miles?  Utilize a national registry of all gun owners?  Outlaw all semi-automatic weapons?  Impose onerous taxes and insurance requirements making gun ownership unaffordable?  Pass open-ended red flag laws allowing virtually anyone to file a complaint against someone, ostensibly based in their suspicions, thus allowing the police to seize the guns of the accused?  As for speech, will certain words, phrases and organizations, as determined by the Left, be considered inciteful and dangerous and thus outlawed?  How will the Democrats deal with the inevitable resistance and potential violent pushback from upwards of 72% of the nation’s citizenry?

Once in power, the Democrats are committed to Medicare for all, reparations for African Americans, and new environmental programs amid a myriad of spending programs.  The estimated average annual cost of these proposals exceeds $6 Trillion over and above current spending.  At present the federal government spends $4.7 Trillion (which includes $1 Trillion of deficit spending).  Income taxes account for 50% of all government revenue and Social Security and Medicare withholding account for 36%.  Thus, individuals account for 86% of all revenue.  In order for the Democrats to pay for these programs, revenue from individual taxpayers would have to be increased by 200%.

How would the Democrats enforce these new rates as people either refuse to pay or go into the underground economy?   How would they pay for massive unemployment and welfare benefits as a result of an avalanche of layoffs and business closures?  What are their plans for the recession and potential depression that would ensue?  From whom would the government borrow money and at what exorbitant interest rate? Would they successfully coerce the Federal Reserve into printing trillions of dollars in new money creating massive uncontrolled inflation?

On the other hand, if they do not initiate some if not all of these programs, how do they placate their base and voters without blaming it on the other side as they are wont to do — thus further antagonizing and pitting segments of society against each other.

Currently 30% of all working families (or nearly 50 million Americans) are essentially unskilled and low income but above the poverty threshold.  60% of these are families headed by racial/ ethnic minorities.  African-Americans, while 13% of the population (41 million), account for nearly 30% of low income working families.  Another 39 million Americans live below the poverty level.  Thus, a total of 89 million live in low-income families or in poverty.  Yet the Democratic Party, that claims to be the champion of minorities and low-income families, is pushing to ultimately legalize upwards of 22 to 30 million unskilled illegal immigrants (equal to 55 to 73% of the current African American population) which will devastate low income working American families.

The Left and the Democratic Party are now so committed to open borders and illegal immigration that they cannot reverse course without a major upheaval within their ranks.  Do they really give a damn about the African American population, native born or naturalized Hispanics, and the low-income white working families?  Or, are the potential votes of the illegal population more important?  With the spending plans outlined above how will they buy off these groups as there will be no money or jobs?  How will they avoid the inevitable friction and potential hostility with so many in the marketplace and a limited number of jobs in the low-income sector?

In summary, while the current American Left dominated Democratic Party and its propaganda arm, the mainstream media, may be good at sowing confusion, communicating overt falsehoods and vilifying their opponents in order to win elections, they cannot and will never be able to successfully govern a nation of 330 million people the size of the continent of Europe.  If they ever fully control all the levers of power, this nation will, in due course, cease to exist.

Va’etchanan: Consolation And The Return Of The Jews To Israel

Va’etchanan: Consolation And The Return Of The Jews To Israel     By Ariel Natan Pasko   This week’s...