The recent media reports that President Donald Trump is interested in purchasing Greenland for the United States has brought the unlikely country into the world’s headlines. 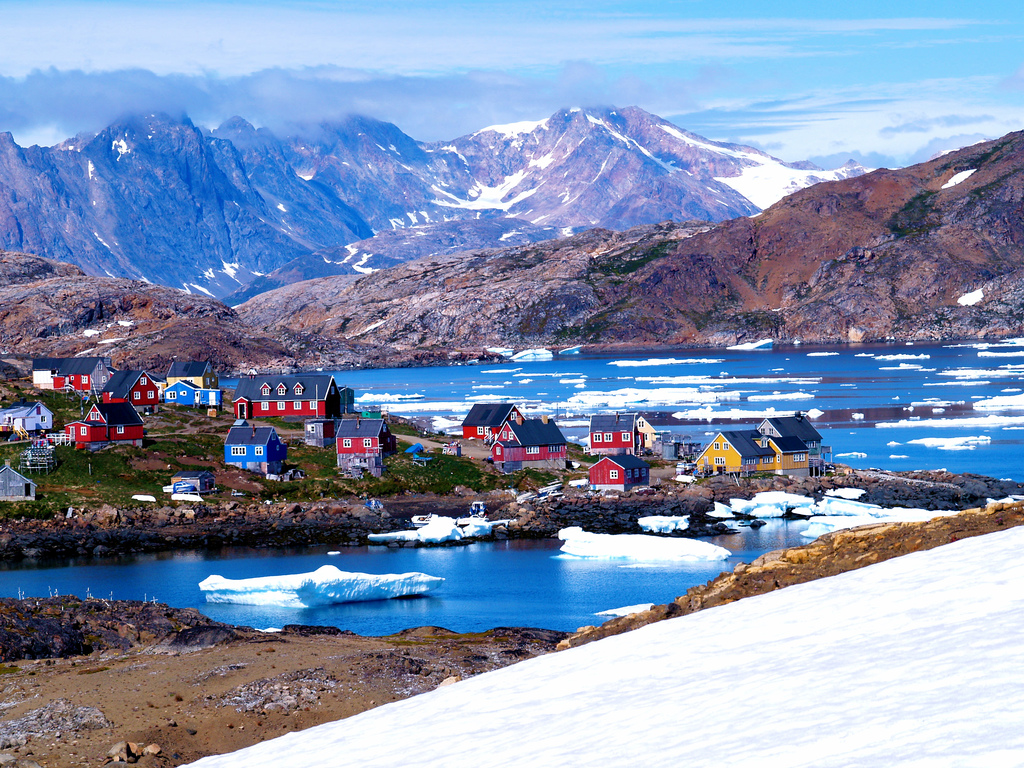 Taking advantage of the limelight, Greenland’s government tweeted, “We’re open for business, not for sale.”

Buying options aside, this newfound attention—however short-lived—can only be positive for Greenland.

Geographically, and to a certain extent culturally,
Greenland is part of North America—although much of its economic and historical
links are with Europe.

Today, Greenland is an autonomous
constituent country of the Kingdom of Denmark. Greenland was granted home rule
in 1979 and self-government
in 2009. It has competency over most policy areas, with the big exceptions
being foreign affairs, defense, and monetary policy—all of which are still
controlled by Copenhagen.

There is a strong desire in Greenland for full
independence—especially among Greenland’s political elite. Only one political
party does not support independence (and that party holds only one seat in the
31-seat parliament).

For Greenland, the question is not if it will become
independent, but when and how.

Few inside Greenland’s government think it is ready now,
but Denmark’s official position is that Greenland can become independent
whenever it pleases.

After Germany invaded Denmark in 1940, the U.S. quickly
deployed forces to protect Greenland from Nazi Germany. Ever since, the U.S.
has maintained a military presence on the island.

In 1946, the Truman administration tried, unsuccessfully,
to
buy the entire island from Denmark for $100 million. The U.S. was, however,
granted long-term access to important military sites.

Today, the main U.S. military presence is at Thule Air Base
in the north of the country. Thule also serves as a very important early
warning radar and satellite tracking station for the protection of the U.S.
homeland.

So while the U.S.-Greenland security relationship is already
good, U.S. policymakers should use the president’s newfound interest in
Greenland to advance closer economic relations with the country and expand
America’s diplomatic presence there.

Greenland has surprisingly few economic links with North America, given its geographical proximity.

For instance, there are currently no direct flights from
the U.S. to Greenland. The few direct flights that existed in the past were not
profitable. The fishing industry accounts for 95% of Greenland’s exports, but
only 1% of that goes to the U.S.

Greenland is making a conscious effort to change this
lack of connection with North America. Greenland’s national sea carrier, Royal
Arctic Line, will be starting
a weekly shipping service to Portland, Maine, later this year, and
Greenland’s government has been meeting with Maine government officials about
increasing economic links.

The only way to fly commercially to Greenland is from Iceland or Denmark, but that could change in the coming years. Greenland is set to begin construction on three new airports this year, to be finished in 2023 (in Qaqortoq, in the south; in Nuuk, the capital; and in Ilulissat, in the north).

Greenland’s government hopes the new airports will allow direct flights from North America and open up new opportunities for business and tourism.

After years of putting it on the back burner, the Trump administration recently announced that the U.S. will maintain a part-time diplomatic presence in Greenland. This is something The Heritage Foundation has been calling for. While this is a very welcome first step, over time this should become an enduring and permanent presence.

The U.S. once had a consulate in Greenland, from 1940 to the early 1950s. Greenland is in America’s backyard and a critical part of America’s security architecture.

An expanded U.S. diplomatic presence would demonstrate
that the U.S. takes Greenland at a level of seriousness proportionate to its
role in America’s security. It would also give the U.S. government a depth of
situational awareness not possible without a consulate.

In all the hubbub over whether or not Trump really wants
to buy Greenland, there’s been very little discussion about whether that would
be a good idea even if it were possible. In particular, nobody is discussing the
financial burden that being responsible for Greenland would place on the U.S.

Approximately 55% of the Greenlandic government’s budget currently comes from Denmark in the form of a block grant. Moreover, no two cities or towns in Greenland are connected by a road, making travel and economic activity very difficult and expensive. And, many of the same social problems found in similar remote communities in Alaska are also found in Greenland, such as alcoholism and high suicide rates.

As things currently stand, none of these costs could be
offset by the profitable exploitation of natural resources as some suggest. The
harsh environmental conditions and the lack of transport infrastructure limits
the ability to take advantage of Greenland’s natural resources.

While there’s been much talk of Greenland’s mineral and
natural resources, the fact is that there are currently only two active mines
in Greenland: the Aappaluttoq ruby mine and the Qaqortorsuaq anorthosite mine.
Neither are swimming in profit.

To put it simply, the U.S. doesn’t need to buy Greenland. A country like ours that is drowning in $22.5 trillion in national debt must prioritize its spending.

The U.S. is already able to leverage its great relationship with Greenland and Denmark, and the U.S. enjoys access to Thule Air Base. Our strategic interests can be met without “purchasing” Greenland.

It is impossible to know what Trump’s true opinion is on
Greenland one way or the other, but with his upcoming trip to Denmark, I am
sure this matter will be raised.

In the end, who knows how much truth is in these media reports? After all, August is a slow month for media outlets. They could have been scrounging for “clicks.”

This is not the 19th century, and Greenland is not for sale. Regardless what the Greenlanders choose—either remaining with Denmark, or becoming an independent nation—the U.S. should respect Greenland’s right to self-determination and continue to deepen relations.

Ultimately, it is up to the people of Greenland to
determine how and by whom they wish to be governed.

In Case You Missed It:  ”Those Who Resist the New World Order Will Have the Help and Protection of God” – Italian Archbishop Vigano
Posted in Freedoms and tagged Congress, Conservatism, Constitution, Foundry, Freedom, Governments, United Socialist States of America.

Buddy, I have faith in you, Spreading my arms to embrace bro, To add to your arms, crew; To make...