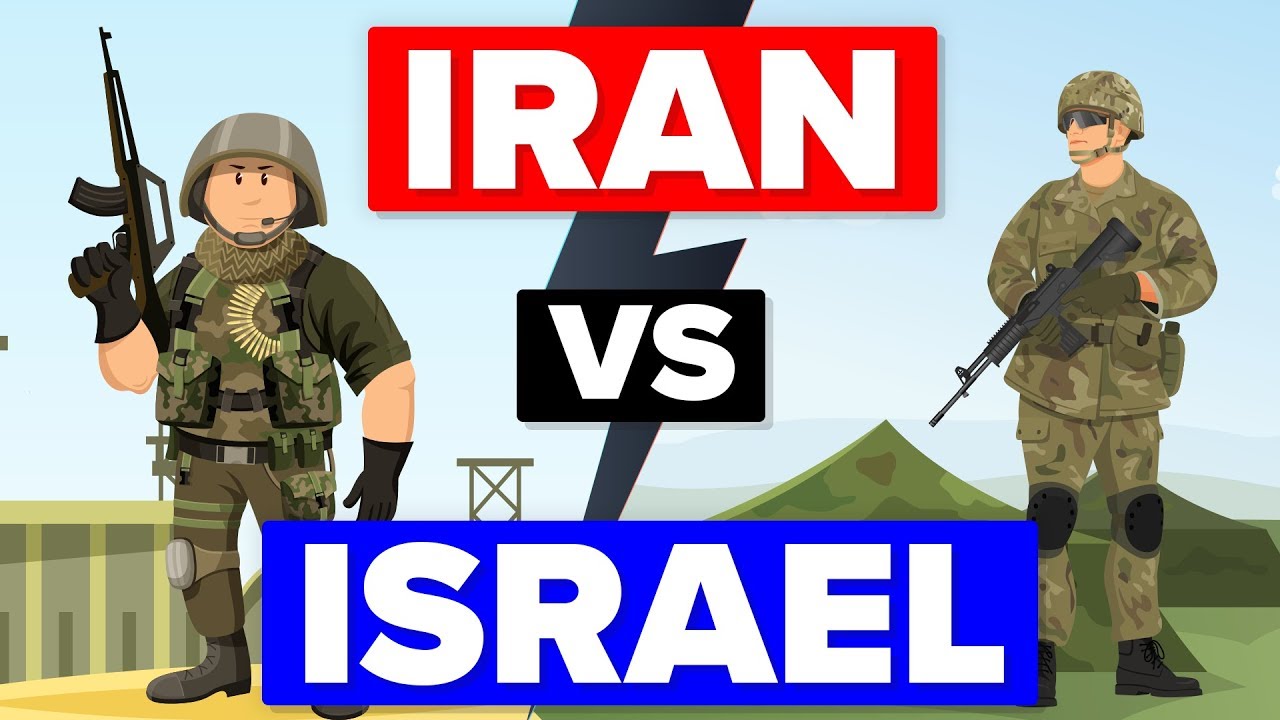 World War 3 could erupt in the Middle East.  Over the past several days, Israel has attempted to prevent attacks by Iranian forces and their allies by striking targets in Syria, Gaza, Lebanon and Iraq.  Political leaders in both Lebanon and Iraq are now accusing Israel of a “declaration of war”, and Hezbollah is pledging to strike Israel extremely hard.

Of course if a full-blown war erupts between Israel and one of her neighbors, it is likely to become a multi-front war almost immediately.  But at the core, this is a conflict between Israel and Iran.  The Iranians have repeatedly pledged to wipe the nation of Israel off the face of the planet, and the coming “final war” is going to literally be a matter of life or death for those two nations.  Both sides have been preparing for this “final war” for a very long time, and once it fully erupts the death and destruction that we will witness will be off the charts.

Just within the past few days, the fighting has escalated dramatically as the Israelis had to conducted operations in four different territories…

Israeli forces  claimed attacks over the weekend in Syria and the Palestinian-administered Gaza Strip and were blamed for two more operations in Lebanon and Iraq. As reports of what occurred across the region emerged, Israeli Prime Minister Benjamin Netanyahu hinted at his country’s ongoing efforts abroad, telling a Monday planning meeting that “we will deepen our roots and strike at our enemies.”

The attacks in Syria, Lebanon and Iraq specifically targeted Iranian forces and their allies, and the goal was to prevent imminent attacks against Israel…

In Syria, Israeli warplanes killed two terrorist of the Lebanese Hezbollah. Israel says the terrorist were supporting an Iranian Islamic Revolutionary Guard Corps plot to launch explosive-laden drones into Israel. The Israelis say that the specific Islamic Revolutionary Guard Corps unit responsible was the Quds Force, led by Qassem Soleimani. If true, the Quds Force was likely using Hezbollah as a deniable proxy to avoid direct links between the plot and Tehran.

In another operation in Lebanon, Israel targeted another Iranian-allied terror group, the Popular Front for the Liberation of Palestine. In Iraq, senior Iran-aligned figures accused Israel of another air strike.

Missiles are not flying directly back and forth between Israel and Iran yet, but at this point a state of war essentially exists, and many are deeply concerned about what is going to happen next.

In particular, it looks like Hezbollah could launch a large scale attack against Israel at any moment, because their leadership is absolutely furious that the Israelis just hit their terrorist headquarters in Beirut…

Terrorist Hassan Nasrallah, Hezbollah head terrorist, threatened to attack Israel in retaliation for a drone attack over the weekend on the organization’s headquarters in Beirut. Tensions between Israel and Hezbollah are now at their highest point since the 2006 war.

The Lebanese government itself is  angry as well.  The president of Lebanon claimed that what Israel has just done is essentially the equivalent of “a declaration of war”…

The statement echoed the words of Iraq’s powerful Fateh Alliance, which called separate strikes that killed a militia commander in the border town of Al-Qaim “a declaration of war on Iraq and its people,” according to the Associated Press.

This is an extremely serious situation.  Israel is literally on the brink of war with Hezbollah, and many feel that such a war is inevitable.

Meanwhile, a very powerful bloc in the terrorist Iraqi government has also accused Israel of “a declaration of war”…

A powerful bloc in Iraq’s parliament has called for the withdrawal of US troops from Iraq, following a series of air raids targeting Iran-backed Shia militias in the country that have been blamed on Israel.

The Fatah Coalition said on Monday that it holds the United States fully responsible for the alleged Israeli aggression, “which we consider to be a declaration of war on Iraq and its people.”

We had not seen the Israeli military strike targets in Iraq until just recently, and this latest attack has absolutely enraged the jihadist Shia militias.  During the funeral procession for a terrorist commander that was killed in the attack, some of the Shia fighters were actually trampling the American flag…

The Shia militia group, meanwhile, held a funeral procession in Baghdad for the commander killed on Sunday.

“There is no greater God but Allah!” the mourners shouted as they marched behind a banner with the words “Death to America” and “Death to Israel.” Many trampled on an American flag as they marched.

Thousands of U.S. soldiers died, thousands more were injured, and we spent trillions of dollars in the process of “liberating” Iraq, and this is how they feel about us.

What a colossal waste.

Ultimately, nothing is going to be able to stop the massive war that is coming to the region.  The Iranians and all of their allies have a religiously-fueled hatred for Israel that most people living in the western world will never understand, and they are absolutely obsessed with permanently destroying the nation of Israel as it exists today.

There will never be peace between the two sides, and the coming apocalyptic conflict will literally be a battle for national survival.

This can definitely be described as a time of “wars and rumors of wars”, and the situation on the ground is extremely fluid right now.  The fact that the Israelis have another national election coming up adds another layer of complexity to all of this, and that election may cause events to accelerate even faster than many were anticipating.

Let us pray for peace, because right now tensions are extremely high and things are beginning to spiral out of control.

And when a full-blown war does break out, it is highly likely that the U.S. will get involved, and that will have enormous implications for all of us.

To end the Supreme Court tyranny there should be a referendum to create an Independent Jewish Kingdom in Jerusalem by...