No successful humanitarian huckster sells socialism by promising enslavement – hucksters promise utopian social justice and income equality instead. They promise “free stuff” to the hopeful masses and con them into voting for their “deliverance” at the voting booth. 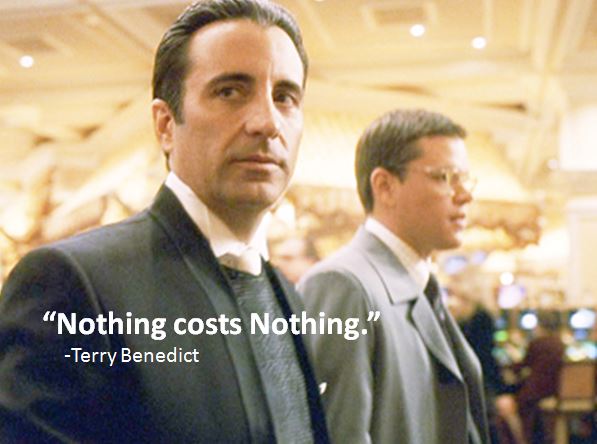 Let’s be clear – FREE STUFF IS NEVER FREE – people pay with their freedom.

Collectivism, whether it is marketed directly as communism, indirectly as socialism, or deceitfully as democratic socialism is a structure of centralized government control. America’s radical leftist Democrat party and their allied Islamists and Globalists, are selling the upside-down notions and inverted logic of “democratic” socialism to shatter America from within in 2020.

Collectivism is slavery marketed as freedom. George Orwell described the upside-down notions and inverted logic of collectivism when he wrote, “War is peace. Freedom is slavery. Ignorance is strength.” Orwell was a political analyst who understood that, “All tyrannies rule through fraud and force, but once the fraud is exposed they must rely exclusively on force.”

There is no private property in collectivism – individual citizens do not reap what they sow – the government does. So, first comes the fraud – the promise of social justice and income equality. Then comes the force – a centralized ruling government that owns and/or controls all production and its distribution.

Socialism is a philosophy of failure, the creed of ignorance, and the gospel of envy, its inherent virtue is the equal sharing of misery

Winston Churchill described the reality of socialism, “Socialism is a philosophy of failure, the creed of ignorance, and the gospel of envy, its inherent virtue is the equal sharing of misery.” Churchill understood that socialism is a return to feudalism where the ruling elite benefit at the expense of the shared misery of the masses. Yes – you read that correctly – socialism is the stepping stone for globalist elite one world government. Let me explain.

Failed cultural Marxism has been repackaged with the magic word “democratic” to overcome reflexive American resistance to communism, socialism, and to disguise collectivism’s tyrannical core. It is a fraudulent marketing technique designed to sell political mysticism. The word democratic is being used to paint lipstick on this particular political pig. Democratic socialism is presented with mystical reverence as deliverance of social justice and income equality – millennial salvation.

Humanitarian huckster-in-chief Barack Obama tried selling socialism to America by disguising it as “hope and change.” He might have succeeded if Hillary Clinton, Obama’s legacy candidate and fellow Alinsky sycophant, had been elected. Instead, today’s emboldened radical leftist Democrats and their “resistance” movement have repackaged their product reverently relabeling it ”democratic” socialism. WHAT?

The aspiration for world domination simply will not go away. A sovereign United States of America is the existential enemy of any aspirational movement for one world government whether secular or religious. It was clear to anyone and everyone after WWII that if the United States of America was ever to be defeated it would have to be shattered from the inside out – culturally – military defeat was out of the question. It was with this mindset that the enemies of American greatness resolved to destroy America from within. The Culture War against America took aim at the foundational structures of the triptych – God, government, and family. The hearts and minds of patriotic Americans would have to be turned against themselves to defeat America. America would have to implode.

Winston Churchill remarked that “Islam is an ideology wrapped in religion.” He understood that peace on Earth to an Islamist means when all the world is Muslim. Churchill recognized the theocratic foundation of Islam and its socio-political requirement that no separation exist between mosque and state – in Islam religion is the centralized controlling government.

The United States of America is at the tipping point

Winston Churchill was reviled for saying the unsayable. He spoke the inconvenient truth about Islamist and Globalist aspirations for world domination in his time, and was hated for it until he was needed to save England from the Nazis. Oh my!

History is repeating itself. Today Islamism and democratic socialism are twin enemies of American sovereignty.

The Leftist/Islamist/Globalist axis is the facilitator of the humanitarian hoax of the New World Order, but it is only a temporary alliance.

If the axis can defeat President Trump in 2020 they will necessarily battle each other for dominance. The provisional alliance will remain only until they can destabilize America and make the country ungovernable. Social chaos is the prerequisite for seismic social change. Anarchy is the goal.

Anarchy will launch Globalist elite takeover and it will become manifest that the globalists have been financing and fomenting the Leftist/Islamist mischief and mayhem in the United States. The Leftists and Islamists were just useful idiots who ushered in the New World Order ruled by the globalist elite themselves – of course.

The globalist elite have been playing chess while the Leftists and Islamists are playing checkers.

The United States of America is at the tipping point. The 2020 presidential elections will decide the country’s future. Will we re-elect President Donald Trump and remain a sovereign, free, independent nation? Or will we choose Democrat political mysticism and devolve into the globalist elite’s New World Order of feudalism and become their slaves? Your ballot decides.

The Humanitarian Hoax is a deliberate and deceitful tactic of presenting a destructive policy as altruistic. The humanitarian huckster presents himself as a compassionate advocate when in fact he is the disguised enemy.

Societies as small as families and as large as nation states are organized by accepted principles codified into written or unwritten laws accepted by member units. When societies abide by the accepted rules they are considered to be at homeostasis – they are at peace and in balance. When a competing narrative intrudes, the society becomes destabilized and must either accept or reject the competing ideology to regain balance, peace, and homeostasis.

Traditionally, American culture derives its stability and moral authority from its Judeo-Christian tradition, Constitutional law, and parental authority in the family unit. God, government, and family are the triptych of American culture and the foundations for America’s extraordinary ordered liberty. America’s triptych is the artwork of American greatness and portrays the triad that supports our unparalleled freedom and prosperity.

Today’s radical leftist Democrat party is challenging the foundational American triptych and is attempting to repaint its panels with socialism. Here is the problem.

In politics it is essential that policies be analyzed and evaluated with rational objectivity – when they are not, the consequence is belief in the unbelievable. I call this political mysticism – the belief in the politically impossible. “Democratic” socialism is the 21st century’s political mysticism seducing Americans with promises of heaven on Earth. Millennials disenchanted with the religious teachings of their Judeo-Christian heritage are searching for answers to man’s moral dilemma elsewhere. Some find it in supremacist religious Islamic sharia law. Others are duped by leftist radical Democrats advocating the political mysticism of secular democratic socialism.

Posted in Freedoms and tagged Freedom, Socialism, US Citizen.

Vice President Mike Pence will travel to Poland this weekend in place of President Donald Trump, who canceled his three-day...