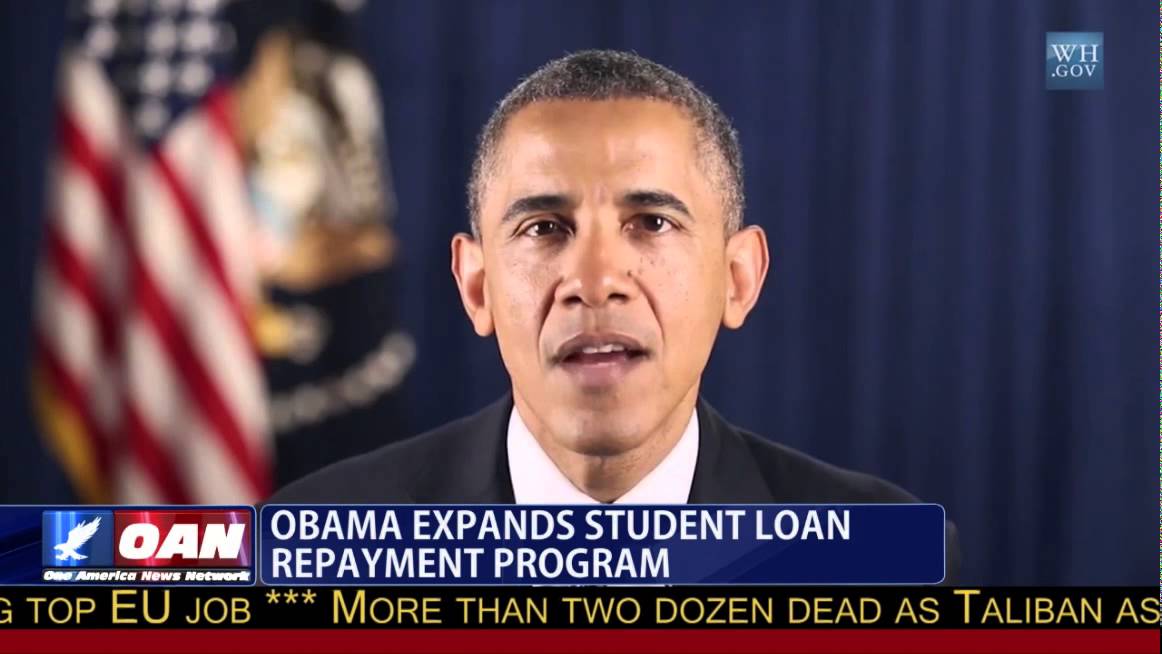 The Wall Street Journal’s editorial board (WSJ) recently exposed that the Obama administration pulled off “the biggest accounting fraud in history” with student loans when eliminating the role of private lenders in the federal student lending market.

Experts acknowledged the issue with the general policy in hindsight, though they disagreed on who exactly is to blame.

In 2010, Democrats “nationalized the market to help pay for Obama Care,” WSJ asserted. “The Congressional Budget Office at the time forecast that eliminating private lenders would save taxpayers $58 billion over 10 years. This estimate was pure fantasy, and now we’re seeing how much.”

The WSJ op-ed also highlighted the rising number of severely delinquent student loans since then and blamed the Obama administration for expanding plans in 2012 for new borrowers “to reduce defaults, buy off millennial voters and disguise the cost of its student-loan takeover.”

The editorial board then added: “This may be the biggest accounting fraud in history.”

There’s no way around that’

WSJ argued that eliminating private lenders from the student loan market severely hurt Americans and that by using fair-market accounting, it becomes clear that student loans will actually cost taxpayers nearly $307 billion over the next 10 years.

Douglas Holtz-Eakin, former director of the Congressional Budget Office (CBO) during the George W. Bush administration and currently president of the center-right American Action Forum, agreed that the accounting discrepancy manifested because of the “technique” used by the CBO to evaluate the cost of these loan programs.

“A widely known deficiency of the Federal Credit and Reform Act is that it does not allow the CBO to incorporate [market risk] into assessments,” Holtz-Eakin told Yahoo Finance. “So the loans, when they’re evaluated are evaluated as safer than they truly are, and thus, the losses are smaller than they may truly be. And there’s no way around that — the techniques force you to do that.”

He added that “that’s why when you when they switched from the private loans to the government loans, it appeared to save money… that is misleading. I don’t disagree, but it’s not the CBO’s fault — those are the rules.”

Sheila Bair, the chair of the U.S. Federal Deposit Insurance Corporation (FDIC) from 2006 to 2011, agreed that the WSJ was “right to call out the government” on the accounting issue and stressed that it is “a huge problem with federal budgeting and transparency generally.”

The WSJ argued that the key catalyst for the student debt crisis today — $1.48 trillion student loans outstanding, with 35% of the consumer loans in the “severely derogatory” category — was a result of the Obama administration’s policies regarding income-driven repayment (IDR) plans.

IDR plans allow borrowers to cap monthly student loan payments based on how much money they are making at a given time. As of September 2018, “almost half of the $898 billion in outstanding federal Direct Loans [were] being repaid by borrowers using IDR plans,” according to the Government Accountability Office.

Holtz-Eakin agreed with WSJ, arguing that the CBO “cannot anticipate a future action of either the Congress or the administration.”

If the government chooses “to move to a whole bunch of loan forgiveness and income-based repayment models, they can’t anticipate that and both of those things bring in less money,” he explained. “The money goes out and it doesn’t come back and they’re bigger losses.”

Holtz-Eakin added that the Obama administration “did that on a regular basis — there was nothing CBO could have done about it.”

Former FDIC Chair Bair, who headed the agency during part of both the Bush and Obama administrations, argued that the issue arose from the poor design of the repayment plan system.

“This has been a couple decades in the making, frankly,” said Bair. “I think that the concept of a payment based on income is a good one — it’s not a bad one. But the way these things have been designed, it’s like the worst of all possible worlds.”

With borrowers often in thousands of dollars in student debt, IDR plans are seen as an alternative for borrowers with high debt and low income. But the current income-based repayment plans is “very poorly designed… [and] confusing,” Bair said.

The WSJ pointed out that borrowers end up owing more than they borrowed even though they’re repaying their loans — called negative amortization — which Bair acknowledged.

In other words, if a borrower decides that they want to increase their monthly repayment amounts, instead of being able to pay back loans quickly, they’re capped out because the repayment structure is based on their income. Hence, the borrower — despite being able to increase payments — is stuck with a loan that’s accruing interest for possibly 20 or 25 years.

Recreated the worst aspects of the subprime… crisis’

The other issue was underwriting.

Previously, the government guaranteed student loans that borrowers took out from private lenders. Today, it controls more than 90% directly.

When the Obama administration “got rid of the guarantee program with the private sector out of the process and made it a direct federal loan, they got rid of all underwriting,” Holtz-Eakin noted.

“And so they recreated the worst aspects of the subprime mortgage lending crisis,” he stated. “They gave anyone who walked up a loan, without any notion of their capacity to repay.”

In Case You Missed It:  NEW: CDC to Investigate Link Between Pfizer’s mRNA Covid Vaccines and Strokes
Posted in Tyranny and tagged Banking, Obama, Socialism.

A Police officer was called to a scene in Victorville CA, the incident happened just after 8:30 a.m. in the...