A Terrorist who was a Migrant and naturalized as a U.S. citizen was from from Iraq. The terrorist had ISIS videos on his phone and a witness said he claimed to have a brother in ISIS. 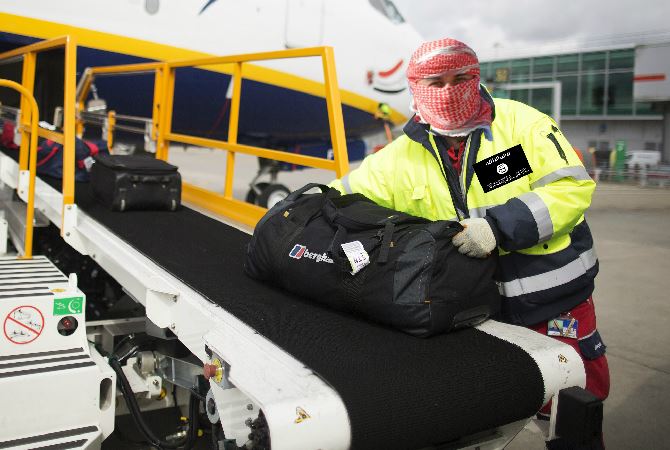 The terrorist got a job in Miami  as an aircraft maintenance worker who tampered with an American Airlines plane over the summer and has  terrorist ties with the Islamic State, prosecutors said in court Wednesday.

Islamic terrorist Abdul-Majeed Marouf Ahmed Alani, 60, is being held without bond after a judge ruled that Alani posed a flight risk after prosecutors argued that the mechanic had a brother who was a member of ISIS.

Alani, a migrant to the USA whom later naturalized as a U.S. citizen from Iraq who has worked as an airline mechanic  and had ISIS propaganda on his phone, Assistant U.S. Attorney Maria Medetis said. A video depicting people being shot was allegedly sent from his phone. Alani also told the individual he sent the video to that he wanted Allah to cause harm to non-Muslims, prosecutors say.

Two witnesses also told prosecutors that Alani mentioned to them he had a brother who was in ISIS, but gave conflicting accounts according to the prosecutor.

Investigators found no evidence of the brother being kidnapped on the phone,.

Alani was charged earlier this month with willfully damaging, destroying, disabling or wrecking an aircraft for allegedly tampering with an “air data module” on a passenger plane.

A flight crew noticed an error related to the plane’s system on July 17 and called off an American Airlines flight from Miami to Nassau, Bahamas, with 150 people on board.

Alani  used super glue to attach a piece of foam into an inlet on the air data module, which reports information like an aircraft’s speed, pitch and other data, according to court documents.

An affidavit from a federal air marshal said that Alani tampered with the plane in hopes of obtaining overtime pay.

The terrorist’s attorney Christian Dunham, a federal public defender, claimed Alani was an experienced mechanic and knew the sabotage would keep the aircraft from flying and, even if it did take off, there are redundancies built in that would have kept it safe.

“We don’t think they are going to be able to prove he intentionally put people in danger,” Dunham claimed. “The plane would have been fine to fly.”

One problem with that claim,  on Alani’s phone he also had a news story about a plane crash in Indonesia last year, with specific information about the plane’s airspeed control system. The same thing he was caught tampering with.

This rather raises the question of whether those aircraft were also disabled in this manner — one in Ethiopia, the other in Indonesia, both of which have suffered from Islamist terror or been in the vicinity of it.

The two crashes not only killed hundreds of innocent people, but also wrought havoc on the airline industry, with some airlines having to ground planes, and sent Boeing’s stock into a tizzy, cutting it 15% after the crashes, and wrought havoc with its orders.

Now, the issue of tampering by malevolent insiders is a distinct possibility.  And it must be investigated, because the lawmen have caught one of them in the act.  This Alani case, is an indicator that this sort of thing can and almost did go on.  Alani, after all, never expected to get caught, and unlike many terrorists, he didn’t announce to the world his bad deed as soon as the aircraft got off the ground.  No bulletin boards, no crazy manifestos, no chatter, so far as is known.  Just someone who wanted to destroy the Western world through its own mechanisms and leave it blaming itself.

It’s seems to be a case for reopening these aircraft crash cases, doing intensive background checks on the mechanics who worked on these aircraft

Alani has been fired from his job at the airline and the Federal Aviation Administration recently revoked .his certificate as an aircraft mechanic. He is expected to enter a plea at another hearing Friday.

D.C. Is Poised to Triple Down on Early Release of Violent Criminals

One defendant killed an innocent seven-year-old child.  Another shot a 24-year old mother in the back. Others kidnapped a woman, held...