(thereligionofpeace.com) The Council on American-Islamic Relations (CAIR) is a notorious neo-Jihadi group in the United States that masquerades as a civil rights organization. 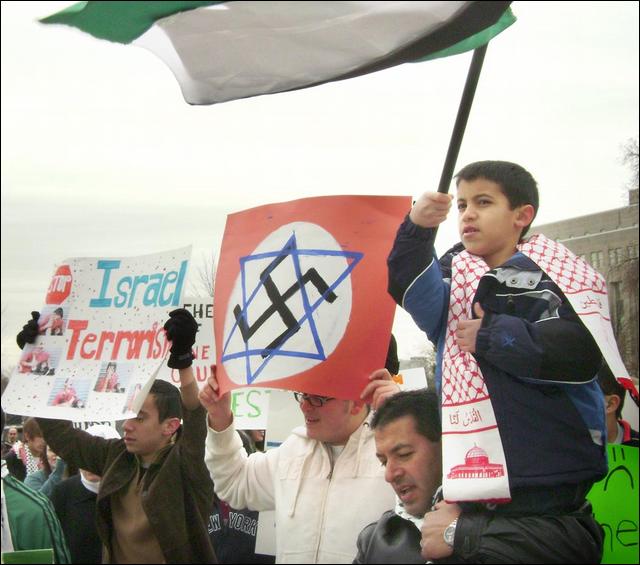 A CAIR rally against Israel in 2009 involved a Star of David imposed on a swastika.

In truth, the group cares very little about true civil rights or religious freedom outside the practice of Islam.  CAIR famously complains about petty slights to Muslim-Americans while ignoring far more serious human rights violations by Muslims against minorities in the Islamic world.

CAIR’s true interest is the advancement of Islam, which its leaders feel is best pursued by pulling Muslim-Americans into a disaffected bloc.  The organization’s strategy of fueling paranoia and resentment does build political power, but at the expense of the very assimilation which has helped Muslim individuals become successful in the United States.  In other words, when CAIR wins, everyone loses.

We have a standing offer to CAIR that we will take down our entire website if this self-proclaimed “civil rights” group will simply answer the following questions having to do with the most basic of human rights: discrimination, profiling, religious freedom, gender equality and terrorism. A poster distributed by CAIR to the Muslim-American community nine years after 9/11.

A Terrorist who was a Migrant and naturalized as a U.S. citizen was from from Iraq. The terrorist had ISIS...