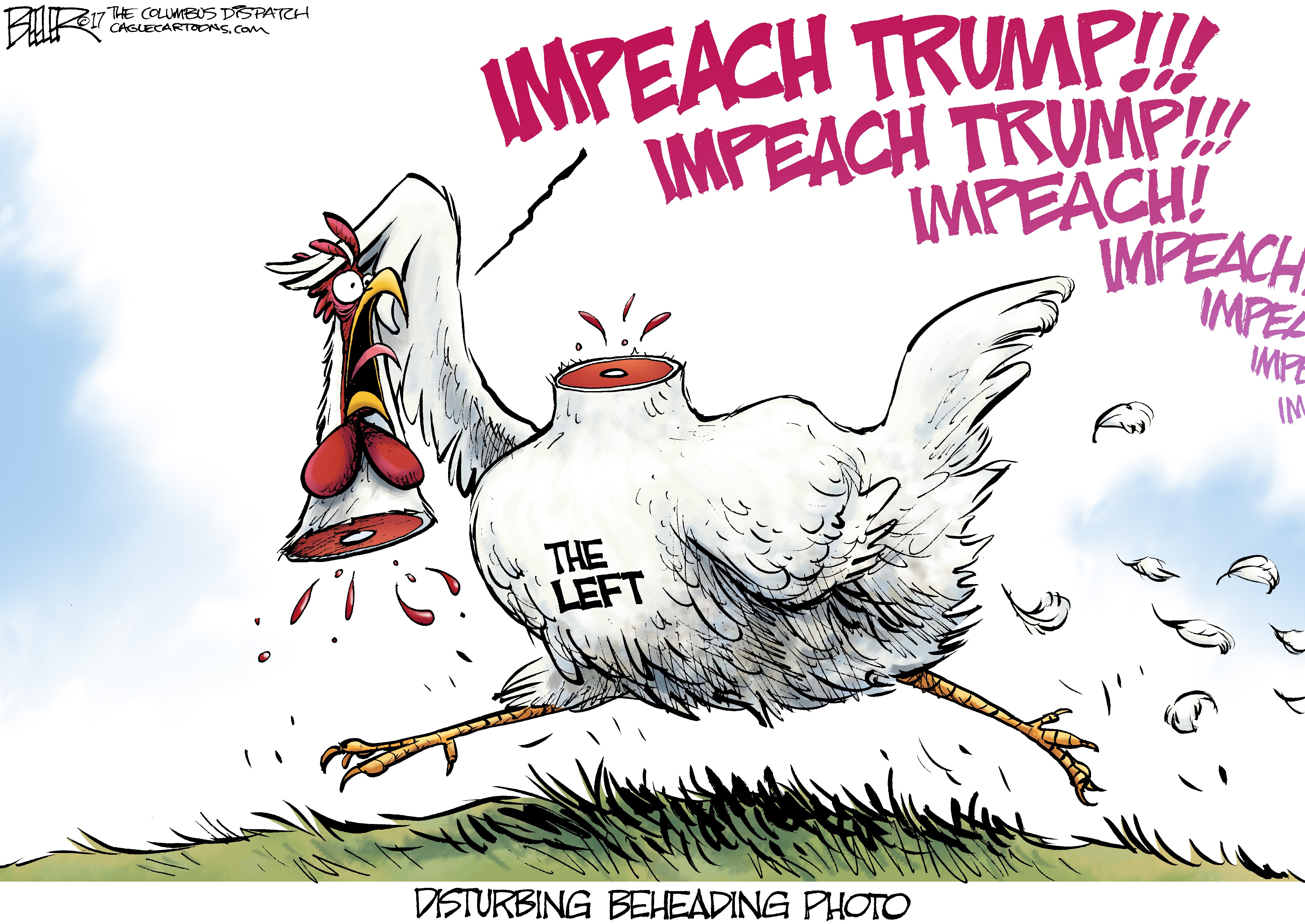 Democrats desperate to find a reason to impeach Trump, they have been calling for his impeachment even before the inauguration. Democrats tried to set him up, Clinton paid for a dossier and the leftist claims of Russian collusion have failed, even after they hired Muller to investigate Trump for over a year, they came up empty handed.

They investigated his campaign, all his business associates, neighbors, family, friends, his maid and anyone they could find hoping something could link back to Trump, they came up with nothing.

Today Nancy Pelosi plans to announce a formal impeachment inquiry into Trump, to please the dramatic Democrats ready to impeach Trump on anything they can find.

Pelosi (D-Calif.) is slated to make her announcement later on Tuesday after a closed-door meeting with her Democrat caucus, according to Democratic officials who spoke on the condition of anonymity to freely describe private deliberations.

Trump knows that Pelosi is set to speak this afternoon after meeting with her leadership and that there’s no going back once she declares publicly that impeachment time has come. If she doesn’t move ahead by threatening impeachment, the hardcore anti-Trumpers in her caucus like AOC will be mad.

In response Trump plans to expose the Democrats on how ridiculous they are releases the transcripts the day after the meeting of Democrats. The phone call that Democrats claim is impeachable will be released Wednesday according to Trump

“I am currently at the United Nations representing our Country, but have authorized the release tomorrow of the complete, fully declassified and unredacted transcript of my phone conversation with President Zelensky of Ukraine,” he wrote on Twitter.

….You will see it was a very friendly and totally appropriate call. No pressure and, unlike Joe Biden and his son, NO quid pro quo! This is nothing more than a continuation of the Greatest and most Destructive Witch Hunt of all time!

Establishment media and deep state Democrats are driving the  false narrative that the president purposefully withheld federal aid to Ukraine in an effort to strong-arm leaders into an investigation of the former vice president and his son Hunter Biden. Trump has denied the allegations.

“No pressure and, unlike Joe Biden and his son, NO quid pro quo!” Trump wrote, referring to Biden’s Ukraine scandal. “This is nothing more than a continuation of the Greatest and most Destructive Witch Hunt of all time!”

Trump “The Maestro” was waiting for maximum hysterical running in circles with liberal hair on fire before releasing the exonerating transcript. Make no mistake the timing if it being released the day after Pelosi’s Tuesday impeachment meeting is all planned.

Those leftist loons are addicted to power and are willing to burn the country down to get another whiff of it. The leftists will tell any lie and invent crazy smears to get their way.

Insiders are saying  Trump “authorized” the whistle blower to release the fake info on him, in order to bait the Democrats  and get the MSM talking about Biden’s corruption, all of what they have ignored in the past.

Pelosi will announce their impeachment plans only to get schooled the following day with the transcripts that will be as fruitful to the Democrats impeachment plan as the Muller report.

President Donald Trump in the meanwhile called for an investigation into Democratic 2020 hopeful Joe Biden over his criminal conduct during his time as VP, arguing a Republican in the same position would “get the electric chair.”

– "I didn't put any pressure on them"
– "Joe Biden and his son are corrupt"
– "If a Republican ever said what Joe Biden said, they'd be getting the electric chair"
– "You got a lot of crooked journalists, you're crooked as hell"

Biden as  VP abused his power in Ukraine during his time in the Barack Obama administration,  threatening to withhold over $1 billion in US loan guarantees to Kiev unless the government fired a prosecutor then investigating Burisma Holdings, an energy company Biden’s son worked for at the time. This is not an “allegation” but a fact.

“I think it was $1.2 billion he wasn’t going to give unless they get rid of a prosecutor who is investigating his son and the company that his son works for,” Trump said, describing the incident.

The left claims its a false allegation, except one problem for Democrats.. WE HAVE VIDEO.

Watch Joe Biden Admit to his scheme, intimidating the president of Ukraine.

It's not slander when you openly brag about it.https://t.co/60Ww6HARus

In Case You Missed It:  Biden Aide Sanctioned By National Academy Of Sciences – Suspended From Programs For 5 Years
Posted in Tyranny and tagged Crime, Democrats, Impeachment, Usurper Joe Biden.

Biden Lied, Said He ‘Never’ Spoke to His Son About Ukraine Dealings

2020 Democratic presidential primary frontrunner Joe Biden (D) is in some really hot water after being caught lying about  he and...