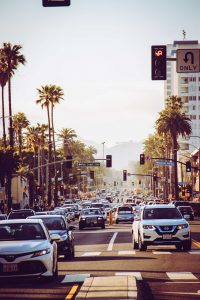 Photo by Florian Wehde on Unsplash

We have learned that Democrats in government are so corrupt, that their goals are to make life miserable for the people and make life better for themselves.  Look at what is happening in California where transportation has increasingly been getting worse and worse over the years and it appears to be by design.  It would be interesting to find out if those in government take public transportation to work or if that is something worthy of only the people they supposedly serve.

From the Orange County Register:

In our system of government, the public sector is, well, supposed to serve the public. But increasingly the bureaucracies at the state and local level increasingly seek to tell the public how to live, even if the result is to make life worse.

This became glaringly obvious recently, when the CEO of the Los Angeles County Metropolitan Transportation Authority, Phil Washington, reeling from data showing a steady drop of transit riders, decided that the only solution was to make driving worse.

“It’s too easy to drive in this city,” said Washington. “We want to reach the riders that left and get to the new ones as well. And part of that has to do with actually making driving harder.”

Now let’s consider what that means. L.A. County is hardly a paradise now for commuters — 84 percent of whom drive to work — while the Orange County and Riverside-San Bernardino areas, where transit dependence is even less marked, are no great shakes, either. All suffer among the longest average commutes of anywhere in the nation.

The kind of power grab that Washington contemplates would be transformational, but it’s not likely to come directly from City Hall or Sacramento. This class, the clerisy, the modern-day equivalent of the medieval church, derives its power not from getting elected (although the elected allow their excesses) but by inhabiting the levers of planning power.

The clerisy also includes the media and academic establishments, which generally support anything that purports to create fewer greenhouse gases, even if it does not, as we now know has been the experience since 2007. As analyst Randall O’Toole observes, based on figures from the 2017 National Transit Database, L.A.’s bus system, in part because it is so underused, burns more energy per passenger mile than the average SUV and emits more greenhouse gases.

But these issues are never discussed because the clerisy does not want to debate the results of their action. Instead the cabal creates an intellectual atmosphere where anyone with different views is either attacked, or, increasingly, in the current one-party environment, ignored.

In addition, Washington is also pushing for congestion pricing, like that used in cities like London, which would impose charges for driving cars in crowded neighborhoods at peak times. Proposals for a pilot congestion-pricing program in L.A. have yet to gain much political traction.

Like many of MTA’s proposals, and those of state bureaucracy as well, the losers are often the poor. After all, the cost of congestion pricing, like high energy and housing prices, fall most heavily on those who lack the means to pay them.

In Case You Missed It:  A Deeper Look at Black Lives Matter and Its Impact
Posted in Freedoms and tagged Democrats, Freedom, Liberalism.

Israeli Policy Ideas: How to Annex Judea and Samaria

Israeli Policy Ideas: How to Annex Judea and Samaria     by Ariel Natan Pasko   Speaking recently, before...