IN the long run we believe there will be an impeachment vote. The Demo-Rats have dug themselves a hole they cannot get out of. 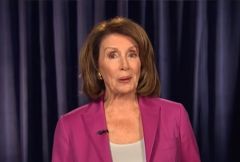 They’ve thrown so much bloody red meat at their frothing hyenas (their base) that they would utterly get mauled if they took it back.

Also, they think it’s an insurance policy against Trump appointing a replacement for Ruth Bader Ginsburg  if she goes underground. They’ll scream, “how can you let a president that’s getting impeached appoint a justice?”

It also means that any trade progress is dead, the Chinese won’t give an inch to Trump given this predicament.

Democrats and a cheerleading press corps are accelerating their drive to impeach President Trump, with the release Thursday of the so called whistleblower complaint and a harangue of the acting director of national intelligence. Not to spoil the fun, but when is the House going to hold a roll call vote to authorize this effort to oust an elected President?

House Speaker Nancy Pelosi said Tuesday she now supports an “official” inquiry, but nothing changed other than the political momentum for impeachment. The same committees investigating all things Trump are doing what they were doing before her statement. Mrs. Pelosi seems to think something is “official” merely because she deems it so, but nothing is official without a vote.

This isn’t how impeachment worked against Richard Nixon and Bill Clinton. In those cases the full House voted to authorize the Judiciary Committee to investigate if impeachment was warranted.

On Feb. 4, 1974, Democratic House leaders introduced H.Res. 803 authorizing Judiciary “to investigate fully and completely whether sufficient grounds exist for the House of Representatives to impeach President Richard M. Nixon,” according to the Congress.gov summary. The vote in favor was 410-4. The bipartisan support gave the inquiry more than partisan legitimacy, and six months later Nixon resigned after tapes were released finding he had ordered the coverup of the Watergate break-in.

Despite her Tuesday declaration, Mrs. Pelosi has held no such vote and has signaled no intention to hold one. There is no constitutional obligation to hold such an authorizing vote. But it’s telling that Mrs. Pelosi doesn’t want to put her Members on record.

The issue here is political accountability. Impeaching a President means nullifying the results of a presidential election, which is the core act of American democratic legitimacy. If Democrats are going to do this, they have an obligation to stand up and be counted.

The Democratic frenzy to reserve the outcome of the 2016 Presidential election has reached its critical point. Among themselves they have gone beyond reason and now cannot not act. Yet when they commit to impeachment, the fever will subside and they will have to go to the American people and outline exactly what high crimes and misdemeanors Trump actually did.

The problem is there are no such crimes. As when any fever breaks, they will find that they are weak, emotionally spent and incapable of doing their jobs. The American people will punish them.

Glenn Beck does more with a chalk board in 6 min 55 seconds than the media does with it's billions...