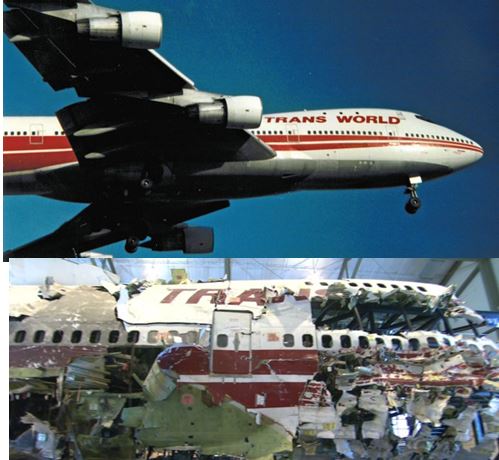 Here are two unfortunate realities: the first is that whistleblowing becomes virtuous only when a Republican is the one being whistled on; the second is that deep state Democrats have a habit of manipulating whistleblower laws when it suits their purposes. I could write a book — I’ve written several, in fact — on whistleblowers the major media chose to ignore. The two examples that follow, one regarding Bill Clinton, the other Barack Obama, should give a sense of how the worms in Washington turn.

The first case involves TWA Flight 800, the 747 that inexplicably crashed off the coast of Long Island in July 1996. As to deep state involvement, the Clinton Department of Justice illegally seized control of the investigation from the National Transportation Safety Board and handed it off to the FBI, which, in turn, ceded real control of the investigation to the CIA.

In 2008, the CIA’s Randolph Tauss went public with an authorized explanation for the agency’s involvement. According to Tauss, the FBI immediately requested CIA assistance given “the possibility that international terrorists may have been involved.” Tauss claimed the agency responded to the FBI’s request for help less than twenty-four hours after the plane’s destruction and cited Executive Order 12333 as justification. A clause in that order authorizes the CIA to “conduct counterintelligence activities outside the United States and, without assuming or performing any internal security functions, conduct counterintelligence activities within the United States in coordination with the FBI.” It would not surprise me if the contemporary culprits cite this Reagan-era order to justify their involvement in the Russia collusion hoax.

Although President Clinton preferred to work through his fixers, on March 11, 1997, Clinton quietly signed Executive Order 13039, effectively removing all federal whistleblower protection from anyone, civilian or military, associated with U.S. Navy “special warfare” operations. This would include any Navy divers charged with finding TWA 800’s black boxes. There is compelling evidence that divers secretly removed the boxes and put them back into place after they had been doctored. When finally “found” a week after the crash, neither the cockpit voice recorder nor the flight data recorder offered any clues as to why the plane crashed.

The date of the executive order is worth considering. On the following day, March 12, the New York Times reported that government officials had “unleashed a pre-emptive strike” to neutralize an upcoming 57-page article in the Paris Match. That article explored in depth the Navy’s role in the destruction of the Paris-bound TWA 800.

The Times also noted that on March 11, the same day as Clinton’s executive order, the Riverside Press–Enterprise broke the story of how investigative reporter James Sanders received a small piece of seatback from inside the investigation and had it tested for missile residue. Having cause to fear the collapse of the cover-up, Clinton for the first time left his fingerprints on the investigation. The media failed to notice.

The FBI did notice. “Conspiracy theorist and wife charged with theft of parts from airplane,” the FBI announced much too proudly on the New York office’s website. Despite Sanders’s two previous books, the DOJ decided that was not enough output to merit standing as a “journalist.” Denied that standing, James and Elizabeth Sanders were tried as thieves. Elizabeth Sanders’s crime was to introduce her husband to her TWA colleague, a 747 pilot working inside the investigation. To save his considerable pension, the pilot pled guilty to a misdemeanor. The Sanders couple went to trial in a Long Island federal court and were convicted of conspiracy to steal airplane parts.

The media turned their collective backs on James and Elizabeth Sanders just as they would to investigative reporter Jerome Corsi when targeted by the Mueller investigation. The pretext for their indifference was the same in both cases as the Times made explicit in its headline, “Jerome Corsi, Conspiracy Theorist, Is Subpoenaed in Mueller Investigation.” Reporters were worthy of First Amendment protection. Conspiracy theorists were not.

The problem, of course, was that reporters do very little real reporting when there is a Democrat in the White House. TWA 800 was one of two plane crashes in 1996 about which the media chose to know as little as possible. The other was the crash of the US Air Force plane carrying Clinton’s troubled secretary of commerce, Ron Brown. In neither case would reporters give whistleblowers the time of day. As a result, when three military pathologists and a forensic photographer came forward to tell the truth about what they discovered in examining Brown’s body, their careers quickly died in darkness. http://www.cashill.com/ronbrown/still_another.htm

President Obama promised to be different. In his official campaign documents, candidate Obama presented himself as a whistleblower’s best friend, this in high relief to his predecessor who “stifled” the “courage and patriotism” of those who dared speak out. As Thomas Drake can attest, Obama fell rather spectacularly short of his promises.

Drake, an Air Force veteran and NSA analyst, objected, as did others, to an NSA data collection program known as TrailBlazer. Drake testified honestly when the accusations of waste, fraud, and mismanagement reached the Inspectors General office in the Department of Defense. The Inspectors General report substantiated Drake’s testimony, but that did not stop NSA management from persisting with TrailBlazer and punishing Drake with a purgatory of petty assignments.

In November 2007, Drake’s life took a turn for the Kafkaesque when a dozen FBI agents raided his house for allegedly leaking info about the NSA’s warrantless wiretap program. As a result, he was forced out of the NSA and ended up working, of all places, at a local Apple Store. Despite threats of a lifetime in prison, he refused to plead guilty to anything, and his case idled.

Given Obama’s professed affection for whistleblowers, Drake “had reason for hope” as he would relate in an op-ed a few years later. Obama quickly dashed his hopes. Wrote Drake and his co-author, “His administration’s reaction to national-security and intelligence whistle-blowers has been even harsher than the Bush administration’s was.”

More than a year after Obama was sworn in, Obama’s Justice Department chose to indict Drake on ten felony counts. These included violations of the 1917 Espionage Act, one of Democrat President Woodrow Wilson’s more flamboyant assaults on civil liberties. “The Espionage Act was meant to help the government go after spies, not whistle-blowers,” wrote Drake. “Using it to silence public servants who reveal government malfeasance is chilling at best and tyrannical at worst.”

In March 2011, as prosecutors prepared to try Drake in a U.S. District Court in Baltimore, he was awarded the Ridenhour Prize for Truth-Telling, the highest honor accorded to whistleblowers. After several more months of waffling, embarrassed prosecutors dropped the ten-count indictment on espionage charges and allowed Drake to plead guilty to one misdemeanor count of “exceeding authorized use of a government computer.”

The DOJ’s arbitrary execution of justice troubled United States District Judge Richard Bennett. He cited the absurdly disparate treatment received by document thief Sandy Berger, then an Obama adviser. “[Berger] certainly is able to bounce back from this kind of situation far more quickly than someone who winds up having to work at the Apple Computer Store, correct?” asked Bennett rhetorically. Said Judge Bennett in conclusion, “Somebody somewhere in the U.S. government has to say to somebody in the Department of Justice that the American public deserves better than this.”

Yes, the American public does deserve better, but whether we get it remains to be seen.

In Case You Missed It:  Joe Biden Dines at Restaurant in Nantucket Called “Brotherhood of Thieves” (VIDEO)
Posted in Tyranny and tagged Clinton, Democrats, Obama.