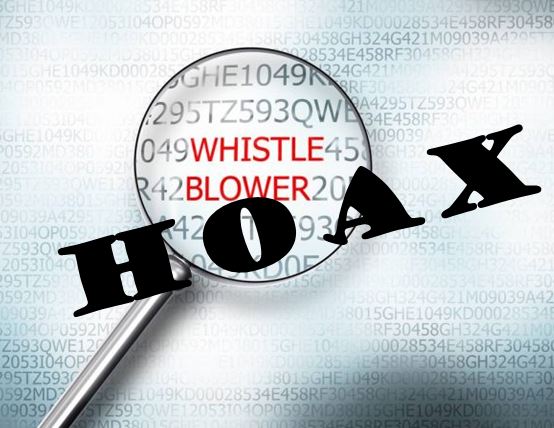 Speaker Pelosi and the lawless Democrats are running a historic scam on the American people. For the first time in US history Democrat leaders are running a sham impeachment — that was NEVER voted on in the US House of Representatives — and they are holding the entire proceeding in a secret secluded room away from public viewing and away from cameras.

Democrats refuse to allow Republicans ANY CONSIDERATION in the entire process. They will not allow Republicans to call ANY witnesses. Democrats are only leaking tidbits that help them to the media. And Democrats are NOT EVEN CALLING on their main witness — a partisan anti-Trump CIA officer who was spying on President Trump in the White House and who has NO DIRECT KNOWLEDGE of the president’s specific phone call to the Ukrainian leader. The leaker’s only evidence is hearsay that has already been debunked by the released transcript of the phone call.

And now this… Democrats are already losing their battle with the truth and with the public.

Americans know they are hiding and lying. Every top swing vote state, by wide margins, do not approve of this sham impeachment process of President Trump.

Democrats are so worried that they will not be able to control the narrative to their criminal operation that they now are refusing to allow Republican lawmakers to view the transcripts from the impeachment proceedings!

Rep. Andy Biggs (R-AZ): The reality is when you close the doors, you’re saying we don’t trust anybody but us to get to the truth. And they’re actually, the word came out tonight, they’re not even going to let these guys, members of the committee, get access to the transcripts anymore.

Lee Zeldin (R-NY): they want to be able to prepare their report. And they don’t want to let us to get the rest of the information out. So this is not a level playing field…

THESE PEOPLE ARE LAWLESS!

The Real Collusion, and the Lessons of the Mueller Investigation

Was there ever a valid reason for the Mueller investigation? What are the lessons for the country about this two-year...