Says Rep. Adam Schiff is ‘not a fair arbiter’ and has ‘tainted’ claims against Trump 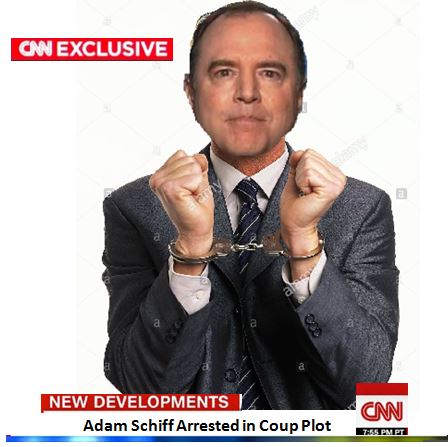 Rep. Andy Biggs (R-AZ) has blasted House Intelligence Committee Chairman Adam Schiff (D-CA), saying he is “not a fair arbiter” because he has “poisoned the well” regarding President Trump’s impeachment inquiry.

Speaking during an appearance on “America’s Newsroom” Monday, Biggs slammed Schiff for withholding vital documents and keeping witness testimony secret in an effort to obscure the probe from the public.

“This [investigation against Trump] has been going on for three and a half years,” the Arizona Republican said.

“[Schiff] himself has basically tainted the well here because he’s the guy who said for two years that there was… clear evidence of collusion.

“And it turns out that wasn’t true.”

“He’s not a fair arbiter… that’s part of why Adam Schiff is not being respected by the majority here,” Biggs added.

What happened in [the Clinton and Nixon impeachments] — you actually had bipartisan support for a formal inquiry,” Biggs continued.”

That’s not what you have here, because they’ve never even taken the vote and Adam Schiff has basically… poisoned the well here.”

Rep. Biggs: Schiff is not a “fair arbiter” pic.twitter.com/ZNaWz59pOi

Accoridng to Fox News, a motion to censure Schiff for his self-proclaimed “parody” reading of Trump’s phone call with Ukrainian President Volodymyr Zelensky has garnered the signatures of 173 Republicans.

The parody reading included fabricated quotes and elements that never actually occurred.”We want to make sure that the American people understand what Adam Schiff is doing is not the normal way that you conduct an impeachment inquiry,” Biggs said.

“It [also] lets Mr. Schiff know himself, how disappointed we are and… it gives the Democrats an opportunity to show the American people where they are on due process,” he added.”

Biggs also expressed concern about the secrecy of the probe and said the American people deserved to know more about the evidence and how the investigation is being conducted by Schiff, a California Democrat who chairs the House Intelligence Committee.

Biggs’ comments come just one day after Democratic Rep. Jim Himes of Connecticut said investigations such as these are usually cloaked in darkness, and not conducted in view of the public.

“An investigation doesn’t happen in the light of day,” he said on “Face the Nation” Sunday.”But, I will tell you that there will be open hearings.

“Himes refused to give a timetable for when the first public hearing would take place and didn’t say when any documents would be released.He said that House Speaker Nancy Pelosi hopes to wrap up the impeachment inquiry by the end of the year.

In Case You Missed It:  INSANITY: Biden Deboards Plane in South Korea All Alone with Mask On – Sees People and Takes Off His Mask
Posted in Tyranny and tagged curruption, Democrats.

Written by Jim Hoft | Source: The Gateway Pundit Speaker Pelosi and the lawless Democrats are running a historic scam on...