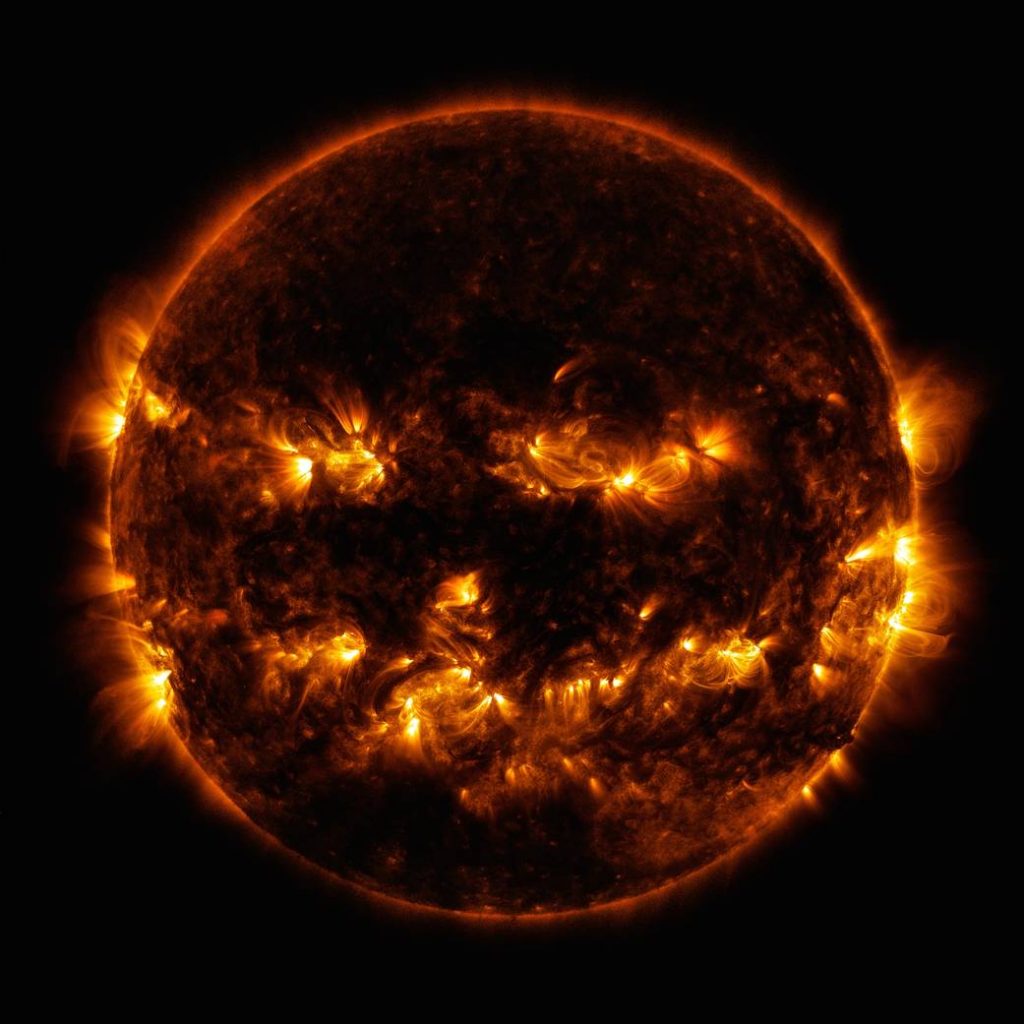 Active regions on the sun combined to look something like a jack-o-lantern’s face on Oct. 8, 2014. The image was captured by NASA’s Solar Dynamics Observatory, or SDO, which watches the sun at all times from its orbit in space.

The active regions in this image appear brighter because those are areas that emit more light and energy.  They are markers of an intense and complex set of magnetic fields hovering in the sun’s atmosphere, the corona. This image blends together two sets of extreme ultraviolet wavelengths at 171 and 193 Ångströms, typically colorized in gold and yellow, to create a particularly Halloween-like appearance.

‘Medicare for All’ Actually Isn’t Medicare at All

Sen. Bernie Sanders, I-Vt., was recently on comedian Jimmy Kimmel’s late night show to discuss, among other items on his...