by Eric A. Blair 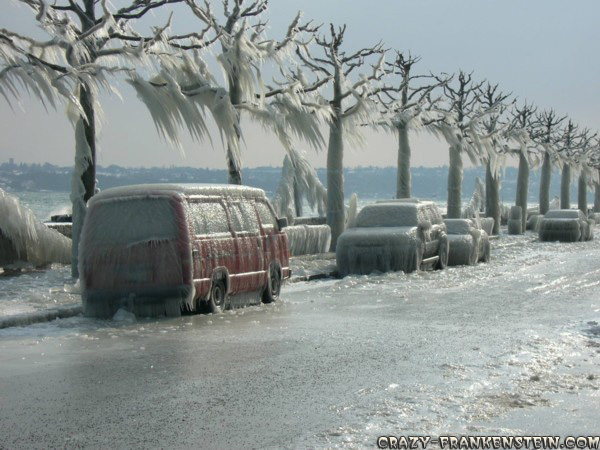 While Democrats and liberals claim “global warming” is settled science, reports come out weekly that deliver different data. The climate was indeed warming throughout the 1990s, but that then dropped off.

Now, a new study finds that an increase in sea ice may lead to another ice age.

“Using computer simulations, the research suggests that an increase in sea ice could significantly alter the circulation of the ocean, ultimately leading to a reverse greenhouse effect as carbon dioxide levels in the ocean increase and levels in the air decrease,” Fox News reports.

“One key question in the field is still what caused the Earth to periodically cycle in and out of ice ages,” University of Chicago professor and the study’s co-author, Malte Jansen, said in a statement. “We are pretty confident that the carbon balance between the atmosphere and ocean must have changed, but we don’t quite know how or why.”

Jansen and former UChicago postdoctoral researcher Alice Marzocchi ldetail how a  change in climate could kick off a chain reaction that leads to an ice age. “Their model shows how the increase in Antarctic sea ice in a colder climate could trigger a waterfall of changes that could contribute to tipping the global climate into glacial periods,” they say.

For example, we’re currently in a break between ice ages; for the past two-and-a-half million years, glaciers have periodically covered the Earth and then retreated. Scientists, therefore, have been piecing together clues about how this process of glaciation works and how it’s triggered. It’s likely that slight changes to Earth’s orbit led to some cooling. But that alone wouldn’t do it, Jansen said. There would have had to have been massive accompanying changes in the climate system to account for the amount of cooling that followed.

“The most plausible explanation is that there was some change in how carbon was divided between the atmosphere and the ocean,” Jansen said. “There’s no shortage of ideas about how this happens, but it’s not quite clear how they all fit together.” Simulations disagree, and none line up completely with the geological evidence available to scientists.

The study’s lead author, Alice Marzocchi, said “this suggests is that it’s a feedback loop. … As the temperature drops, less carbon is released into the atmosphere, which triggers more cooling.”

“What surprised me is how much of this increased storage can be attributed to physical changes alone, with Antarctic sea-ice cover being the key player,” Marzocchi added.

In Case You Missed It:  Sorry, But With Global Warming It's The Sun, Stupid
Posted in Science and tagged Climate, Global Warming, science.

As the national debt grows larger and larger, our lawmakers continue to spend obliviously—and even on frivolous things. Sen. Joni...